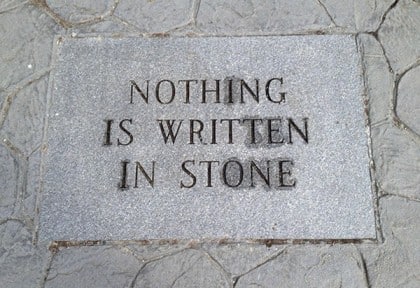 India has a long tradition of strong female writers

I do not know who my parents were, who were my brothers
I am just a bunch of moss in the current of the river
floating from bank to bank
floating I have come to this Tapovana
and where I shall be tomorrow, nobody knows
(Sita to Lakshmana in Chandravati Ramayana)
Today Chandravati (ca.1550-1600) is known as the first female poet of Bengali literature.
But her Ramayana is considered her worst work – weak and fragmentary.
If you look at the Chandravati Ramayana as the Sitayana that it really is, however, it is nothing short of astounding. Here we have, in the sixteenth century, a woman writing a ‘Ramayana’ work about Sita, not Rama. About women and their lives, not men and their battles. About a Sita who suffers, and is treated unjustly, and speaks about it.

Of Chandravati’s own life, very little is known. Her introduction of herself is in the autobiographical note at the start of her so-called Ramayana, where she describes herself, rather distressingly as ‘luckless Chandravati’, born to an impoverished family.
I worship Devi Manasa, it was she who removed our distress. I worship my mother a million times, for it is she who has shown me this world
…
Having worshipped one and all as demanded by custom, Chandravati now sings the Ramayana by her father’s order
Despite that last dutiful-sounding claim, Rama’s exploits are in fact only referential to Chandravati’s work (hence perhaps the criticism leveled at it!). The poet instead focuses on episodes from the Ramayana relevant to Sita’s life, from her birth, marriage, and exile, to her pregnancy, labour, and death/disappearance. And it is women Chandravati addresses as she narrates this life, in her recurring use of suno sakhijana (“listen, girlfriends”).
And Rama himself?  Witness, for example, the graphic description of his jealousy at Sita’s living in Ravana’s palace:
Rama almost turned mad
The eyes of Rama became red and blood reached his head
His nostrils breathed fire and the top of his head turned boiling hot
Not pretty. And in fact, Chandravati openly criticizes this man-god more than once, warning him in another verse that
You will bring disaster upon yourself if you listen to others
Chandravati says, O Ram your disaster is near
Clearly, challenging male-centricity of the Ramayana is no modern preoccupation.
***

On 6 March, 1911, the offices and depots of Messrs V Ramaswami Sastrulu and Sons, respected publishers of the Madras Presidency, were raided by the police, and nine titles confiscated for ‘obscenity’.
And the book that had started this anti-obscenity league down its self-righteous warpath? A classic work of Telugu poetry from the eighteenth century, Radhika Santawanamu (The Appeasement of Radhika), written by a ganika (courtesan) named Muddupalani, and recently retranslated and edited by another ganika, the celebrated Bangalore Nagarathnamma. The book is the only known sringara-prabhandam (erotic epic, a genre of courtly poetry) written by a woman, and yet it remains almost invisible in the literary world.
Muddupalani (ca.1730-1790) lived at the court of Pratapasimha, a Nayaka king of Tanjavur, in South India. All we know about her comes from her own self-assured voice in her preface to The Appeasement, as she describes the talents of her grandmother, Tanjanayaki, and her mother, Rama Vadhuti, and then luxuriates in her own extraordinary achievements:
…To which other woman of my kind
Have epics been dedicated?
…
Which other woman of my kind
Has won such acclaim in all the arts?
Blessed by the redoubtable Tatacharya,
This is the daughter of Muthyalu
Incomparable, is Muddupalani.
Being the dedicatee of works by male scholars would be enough to mark Muddupalani as exceptional. But her poetry is also a rare, sensuous evocation of female sexuality and desire. In The Appeasement, she describes Krishna trying to appease Radha for his neglect of her. But Muddupalani’s Radha is no ethereal, devoted damsel; instead she is a mature, confident woman who demands satisfaction and takes the initiative in sexual relationships – in fact it seems likely that the poet drew on her own experience and character to create this unique version of this classic bhakti heroine.

But by the time Nagarathnamma published her edition of Radhika Santawanamu, erotic literature was considered depraved and corrupt by zealous nationalist reformers, and nothing short of horrifying when written by a woman. Literary critic Veeresalingam (who had, ironically, actually edited one of the other books seized during the obscenity raid), wrote pompously that “Several references in the book are disgraceful and inappropriate for women to hear, let alone be uttered from a woman’s mouth.”
So The Appeasement of Radhika was banned. This ban was lifted after Independence, but the damage was done. The poet who was so celebrated in her own time, remains almost unknown in ours.
Sources:
‘Muddupalani’, in Women Writing In India, eds Susie J.Tharu, Ke Lalita
Nabaneeta Dev Sen, ‘Chandravati Ramayana: Feminising the Ramayana Tale’, in Faces of the Feminine in Ancient, Medieval and Modern India
The Appeasement of Radhika, translated by Sandhya Mulchandani