Still playing it his way 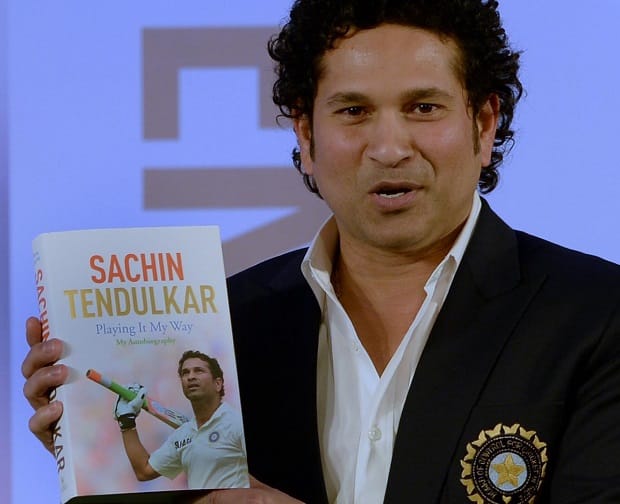 It may have ruffled a few feathers in Australian media circles, but to any follower of Indian cricket over the past three decades, Sachin Tendulkar’s recently released autobiography Playing It My Way is, lamentably, more recount than reflection. While it is interesting to read about his somewhat brattish childhood adventures, and revealing that he played a large majority of his career in significant, apparently unbearable pain, in his book, Tendulkar manages to maintain the detached, almost mundane streak that characterised his off-field persona throughout his long and illustrious playing career.

The book, co-written by prominent cricket historian and scholar Boria Majumdar, takes us through 28 chapters, each dealing with various stages of Tendulkar’s career. Although the series-by-series recounts soon become tiresome, and he fails to analyse some important issues that must have resonated with him in a certain capacity, Tendulkar does provide a few fascinating insights into his world.

Surprisingly, Sachin Tendulkar the child was far removed from the mild-mannered and softly-spoken man many came to admire. For instance, Tendulkar would regularly play annoying pranks on others in his neighbourhood – locking neighbours in their apartments, pouring water on passers-by, and disguising deeply-dug holes in the sand on a construction site, waiting for unsuspecting victims.

It wasn’t just the pranks. By his own accounts, Tendulkar’s unreasonable behaviour caused his parents a lot of embarrassment. When most of his friends got their own bicycles, Tendulkar’s stubborn attitude led to him getting his head stuck in the grille of the apartment’s balcony – while sulking and refusing to go outside to play in an effort to guilt-trip his parents into buying a new cycle for him.

Much of the hype surrounding Playing It My Way are Tendulkar’s “explosive” allegations that one-time Indian coach, former Australian captain Greg Chappell attempted to overthrow Rahul Dravid from the captaincy, threatened to remove Ganguly and Laxman from the team and aspired to “control” Indian cricket with Tendulkar. Unfortunately, there is not much more to the chapter than what was already leaked to the press in advance by Tendulkar’s wily PR team.

Indeed, while commentators such as Robert Craddock have absurdly suggested that Tendulkar’s book reveals a ruthless political mastermind who pulled the strings of Indian cricket for two decades, it is widespread knowledge that Greg Chappell comprehensively failed to understand the culture of cricket in India, especially the reverence with which the senior players were held.

It was certainly interesting to read about the confrontation between Tendulkar and the oldest of the Chappell trio, Ian Chappell. The exchange between the pair took place in Durban in 2010, almost three years after the debacle of the 2007 World Cup, following which Ian Chappell had called for Tendulkar’s retirement. After commenting favourably on Tendulkar’s weight of recent runs, Chappell must have been surprised to hear Tendulkar tell him that he had “conveniently changed his stand”, and that “critics like him change with the wind”. When the conversation moved to his younger brother, Tendulkar advised Ian that he did not want to share a dressing room with Greg Chappell again.

Overwhelmingly though, Tendulkar’s autobiography is a missed opportunity to finally shed some light on a number of deeper, more significant aspects of his experiences. What is it like being revered like a religious figure? What are his thoughts on the science of batting? What did he make of the match-fixing scandals that threatened to bring cricket to an end in the 1990s?