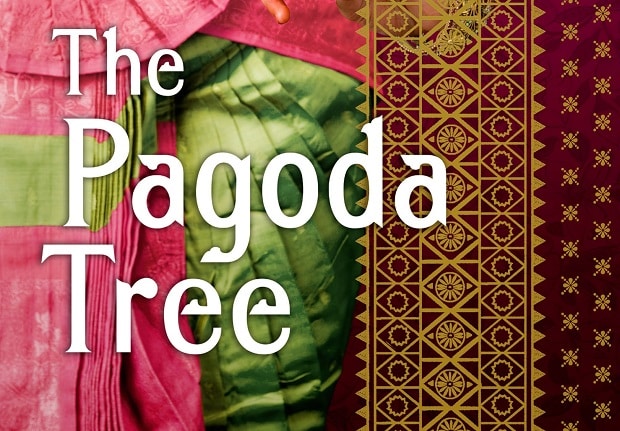 Reading Time: 3 minutesThe life of a devadasi in British India is chronicled in this interesting historical novel

Increasingly, many talented young writers are writing books that throw a different light on a past that seems so far removed from the present, that it is hard to imagine it existed at all. Perhaps readers of vernacular novels will be more familiar with them: there are of course, wonderful historical novels in Kannada, Tamil, Marathi, Hindi et al, about the lives in the Court of the Vijayanagar Kings, the Marathas, the Cholas and so on.  It is a slightly unusual setting for an Anglo-Indian novel, especially for an English-born novelist, but The Pagoda Tree by Claire Scobie, belongs to this genre. It is a novel set in eighteenth-century Tanjore and Madras at a time when the British East India Company was gradually increasing its sway over the length and breadth of India, waging wars, manipulating and plotting the overthrow of local rulers, even engendering famines at whim.
This novel evokes fairly successfully, the zeitgeist of that era, through the telling of the story of Maya, a young girl destined from birth to be a devadasi. She comes from a long line of devadasis who perform for the temple and the King, and afford company to men who can afford them. Scobie’s protagonist is a talented and beautiful girl, and it is expected that she will have an extraordinary career as a courtesan in the Court of the prince of Tanjore himself. However, Tanjore itself is in the throes of change, Hyder Ali and the Nawob of Arcot have their eyes set on conquering this prized possession, and there are other bad omens looming on the horizon. It is in the midst of this upheaval that Maya is forced to flee her home and head to the port city of Madras where the worlds of the British East India Company and local middle men and traders collide.
Maya’s Indian patron, Mudaliar, is a violent tyrant, and when still under his thumb, she meets Thomas Pearce, an ambitious young Englishman and East India Company functionary, who has travelled to India to make his fortune. Maya turns to him for love, but it is forbidden and comes at enormous cost. Thomas, who is torn between his lust for Maya, his affection for India, and family loyalties back home, treats Maya no better.
Thomas abducts their little daughter and ships her alone back to relatives in England. He is not altogether a very attractive personality, so the news at the end of the novel that he has drowned leaves one emotionless. Will Maya retrieve her daughter in England and pass on her training as a dancer to her?  It is for the reader to find out.
Scobie became fascinated by the devadasi institution after a visit to Tanjore (now called Thanjavur), where she saw carved on the walls of the eleventh century ‘Big Temple,’ the Brihadeeshwara Temple, the names and addresses of 400 devadasis. She was fascinated by these women and the lives they had led, women who were in all likelihood celebrated artistes of their day. She also visited the present Prince of Thanjavur, Babaji Raja Bhonsle (who runs an e-publishing company and is rather desperate for more tourists to visit his decaying palace, as he can’t afford the upkeep); she has researched the places, both old areas of Madras such as Mylapore, and the newer foreign enclaves in the Port areas of the city in depth, and has woven them into her narrative.
It is all there in the novel: imperial merchants manipulating rulers for profit, well-meaning Christian evangelists trying to ‘save’ heathen souls, and young East India Company men falling for beautiful and talented local girls, with disastrous consequences.
Claire Scobie is an award-winning journalist who has lived and worked in the UK, India, and has been living in Sydney since 2001. She writes for the Telegraph, the Observer, and the Sydney Morning Herald, among others. In 1997 she won the Catherine Pakenham Award for Best Woman Journalist of the year. Her first book, Last Seen in Lhasa, is a memoir based on her friendship with a Tibetan nun, and won the Dolman Best Travel Book Award in 2007. The Pagoda Tree is her second book, and first novel.