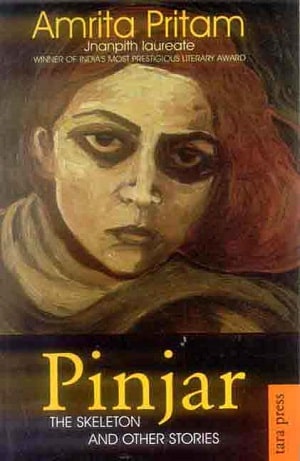 Pinjar is a period novel about the plight of women during the Partition of India. Literally translated, ‘Pinjar’ means ‘skeleton’ in Punjabi but can also be translated from Hindi to mean ‘caged’. The story centres around Puro, a Hindu girl, who is abducted by a Muslim boy, Rashid. It is as much a love story as it is about religion and societal expectations in India during the period of turmoil throughout the country’s liberation from the British. The novel was made into a feature film in 2003 by Chandra Prakash Dwivedi.

An interesting Australian link is that Pinjar is a rural suburb located on the outskirts of Perth, Western Australia. The suburb is named after a swampy lake in the area, shown on government plans from 1868, with the name ‘Pinjar’ thought to be of Noongar Aboriginal origin.

A particularly timely novel for this list given the recent events in Delhi. With her poetry background, Meena Alexander, born in India but now a native of New York, brings a lyrical quality to her novels.

Nampally Road is about Mira Kannadical’s struggle to piece together her identity. She first looks to academia and education, but soon realises she must meet the challenges of the society in front of her in order to find a sense of self.

The story is underwritten by the gang rape of Rameeza Be by the police and the effect this action has on the entire city of Hyderabad. A powerful novel about the politics of feminism and the complex power relations between men and women.

The Thousand Faces of Night by Githa Hariharan (1992)

The God of Small Things by Arundhati Roy (1997)

Spouse: The truth about marriage by Shobhaa De (2005)