India in the air at Liverpool 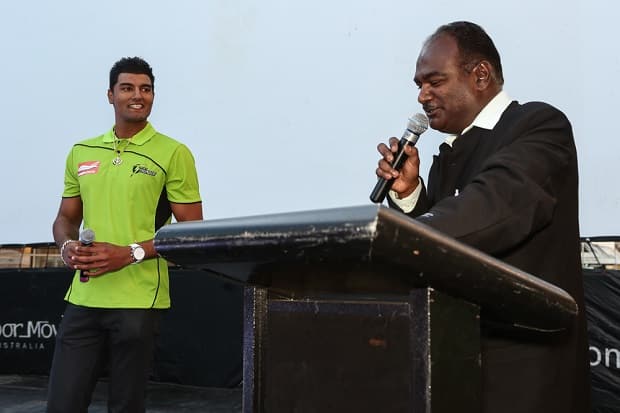 The inaugeral festival Starry Sari Night turns out to be a hit! And Indian Link’s Anup Kumar is the MC


Liverpool’s busy thoroughfare of George Street was transformed into a sea of vibrant colour on August 31 as the local council launched its inaugural Indian festival, Starry Sari Night.
More than 3,000 people enjoyed the free event which included Bollywood dancing workshops, music, food stalls, fashion stalls, a fashion showcase, and a screening of Shahrukh Khan’s Om Shanti Om.
Liverpool local Anup Kumar was thrilled to be MC at the event.
“I was proud to be part of this event bringing my culture to the mainstream in such a major way,” Anup told Indian Link newspaper. “And to be hosting it in my local area, was surely the icing on the cake”.
Anup is a well-known voice on Indian Link Radio, where he hosts two weekend shows, namely Girmit Link (Sat 1-4pm) and Lazy Sunday Shaam ka Safar (Sun 5-8pm). His gentle style of presentation and his well-researched stories and music from the diaspora have won him many fans over the last nine years. He has also endeared himself to his local community via his popular Ramayan mandali.
But it was mainstream Indian culture that Anup was talking about at Liverpool on August 31.
“Seeing the crowd enjoying the flavour of India with various food stalls, dance workshops, information stalls, and a catwalk with beautiful models, together with Miss India Australia 2013, made this event a huge success,” he said.
Liverpool City Mayor Ned Mannoun said the event was part of Council’s strategy to make the Liverpool City Centre more active and vibrant, particularly during evenings and on weekends.
“Starry Sari Night certainly helped achieve that goal and we are considering holding similar events as this one proved to be popular,” he said.