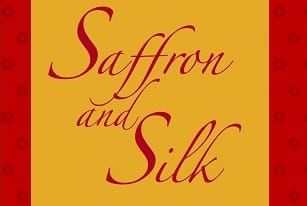 Anne Benjamin, an academic from NSW, shares her experiences of life in rural and metropolitan India in the 1980s through her brilliant new memoir Saffron and Silk: An Australian in India. The book was launched in Blacktown in September by former NSW Premier Bob Carr, who is known to Anne and her husband, Susai Benjamin, a Blacktown councillor.

The book starts with Anne’s first meeting with her future husband Susai at an education conference in Edmonton, Canada, in 1983.
During the question time, Susai responded with the phrase, “There’s another world and another perspective.” He knew how to capture authority in his tone.  Needless to say, Benjamin was enamoured by Susai’s his passion and his commitment to the neglected.
Sharing the ideology of being a “voice for the voiceless” and providing support for the marginalised, Benjamin describes her marriage ceremony in Sydney, the first time Susai had set foot in Australia, and subsequent wedding reception in Chennai.
She vividly captures the culture, tradition and uniqueness of India through many Sanskrit words, a few of which will be arrestingly new.

Benjamin provides graphic details of their development work in Cheyal Nagar (Place of Activity) in the outskirts of Chennai, which had a very minimal infrastructure by way of road, water and electricity.
Benjamin confesses (with perhaps some humility, a great credit to her upbringing) that she held no more than a stranger’s perspective in a complex India.  She reinforces this view by a quote from Jawaharlal Nehru, “To endeavour to understand and describe India would be the task of a brave man. To say anything about tomorrow’s India would verge on rashness.” Indeed throughout the book it is evident Nehru’s and Tagore’s views are strongly implanted in the author’s mind.
During her three-and-a-half year stay in India, Benjamin bore witness to catastrophic events which, even some 30 plus years later, have not been redressed. These events included the aftermath of Indira Gandhi’s assassination, where Sikhs were at the brutal receiving end; and the Union Carbide gas leak at Bhopal, resulting in the death of thousands of people and paralysing life in the city for decades to come. The incidents did no credit to the politicians and bureaucrats who were lethargic and failed to act swiftly. There is a poignant quote from film-maker Safina Uberoi which ends, “For we had looked into the eyes of Mother India – we had seen Darkside.”


In the chapter ‘Taking Sides with Poor’, Benjamin portrays the plight of Indians working in unorganised sectors, which probably amounts to more than 80 per cent of population. She recaptures the scene of India after liberalisation and becoming IT savvy in the 90s and just how much things have changed.
As Benjamin writes about a flight from Singapore to Chennai in 2008, some 25 years after her first trip, there are “No longer one of handful of non-Indians on the flight. Now nearly half the flight is passengers from Canada, Australia and Japan… The commercial world has discovered India.”
Benjamin must be still be wondering with a contemplative mind – notwithstanding the opening of free markets and the world becoming global village – when the commercial world will really discover the rural poor in India and make attempts to ameliorate their condition.
Admittedly it is no easy task. Anne Benjamin is no stranger to the struggle against vested interests, bureaucracy and entrenched corruption. Her fervent hope with Saffron and Silk is to provide people with unique insights into the world of India that may trigger a positive attitudinal change.
- Advertisement -
Share
WhatsApp
Facebook
Twitter
Linkedin
Previous articleIn praise of the teachers of Australia
Next articleWhat it really means to be a migrant