India and Pakistan take each other on in the Dosti (Friendship) Cup on 11 Aug, as part of AFL’s International Cup. Rajni Anand Luthra and Harshad Pandharipande write.

Will the sub-continent come to a standstill in this version of the Ind V Pak clash?

Perhaps in a few years’ time, if AFL’s push into South Asia is successful.

The neighbours play each other on 11 August in the Dosti (Friendship) Cup at Bendigo. The match is part of the ongoing AFL International Cup (5-19 August).

“It is a big game, no doubt,” Sudip Chakraborty, captain of the Indian Bombers, told Indian Link. “But there is a healthy rivalry between the two teams. Golden Square Football Club, where the game will be played, is hosting a joint dinner for both the teams.”

The Indian Bombers have had two games so far, against the Japanese and the Germans, but unfortunately lost both. The Pakistan Shaheens have also lost the two games they have played so far.

“They were tough teams, but we improved in the second game,” Sudip revealed. “Yes, results are important, but it’s a learning experience for the players. They are getting good exposure on the international level.

Currently, the team are working hard under Yasser Hussain, the coach, and Sana Singh, the assistant coach. “Essendon is providing us great support with the training facilities.”

The team has also been training with local Bendigo club Golden Square. Footy enthusiasts from the club have gone over to India to help with the national tournaments there.

In between training sessions, the team are looking forward to meeting Bombers captain Dyson Heppell. “They’re also excited about interacting with Kevin Sheedy,” Sudip said. “In fact, Sheedy was in India and helped pick out this team.”

The Bombers are a diverse team made up of players from West Bengal, Maharashtra, Rajasthan, Kerala, Tamil Nadu, Jharkhand and Odisha. 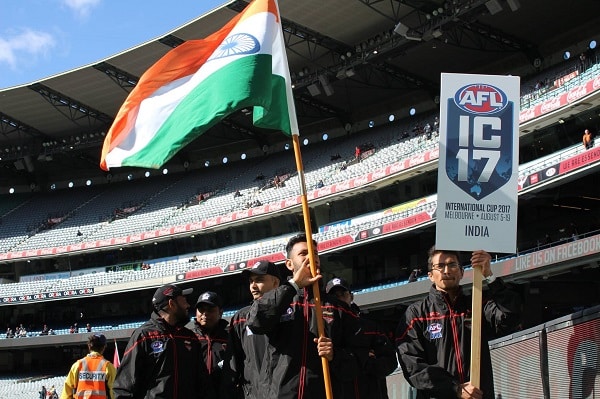 “Most of them come from small towns, but they are very passionate about the game,” Sudip explained. “Many of the players haven’t even travelled out of their own state. It was the first time on an airplane for many of the members who are here to play in the International Cup. But the game has great importance in their lives. It has given them new meaning. After they go back following a tournament, they prove to be an inspiration to others. Their entire community embraces the sport. One example is Biswajit Das who lives in a village in West Bengal, close to Bangladesh border. When he went back home after a tournament, 150 children from his slum have started playing footy six days a week.”

Sudip himself got into the game quite by chance in 2008, just having finished school, when former Australian cricket captain Ricky Ponting introduced AFL to Kolkata, where he lived. “I was always into sport and I started following the game. AFL became a passion for me.”

Today, he works with Essendon, helping the club with its multicultural strategy.

Is AFL getting popular in India?

“Unfortunately, there isn’t a lot of coverage about it in the media. But it’s getting popular. On 22 July, we hosted India’s first international AFL match against a seniors’ side from Australia. It was hosted at Midnapore in West Bengal and there were close to 7,000 people in attendance, which was very encouraging. The Australian High Commissioner Harinder Sidhu flew down from Delhi to attend the game.”

Sudip is doing his bit to popularise the game in his part of the world. “I am trying to get India, Pakistan and Sri Lanka – who have made their debut in the Cup this time – to play more often. In fact, I help the main person from the Pakistan Shaheens, connecting him with people in the field and generally encouraging him. Pakistan have also fielded a girls’ team in the Cup this year, which is very encouraging.”

AFL requires players to be tall and well-built. Is the lack of that a disadvantage for the Indian team?

“To some extent, yes. But AFL is one game where there is a place for a player of any size. For instance, the Japanese were shorter than us, but very fast. The Germans were all taller than our players. So, it’s a matter of doing the best with what you have and using it to our advantage.”

Sudip picks team mate Mahesh Tirkey from the Jharkhand Crows team, as star player of the Indian Bombers. “He is our current vice-captain and a midfielder. He has emerged as an exciting new talent for us.”

Meanwhile, the local Indian community are coming out to support in whatever way they can.

“We are very thankful to Air India for taking care of some of the tickets,” Sudip said. “Mr Avatar Singh who has been promoting Auskick among Indian kids here is helping us with food. There are a few other community leaders who are also helping us in every way they can.” 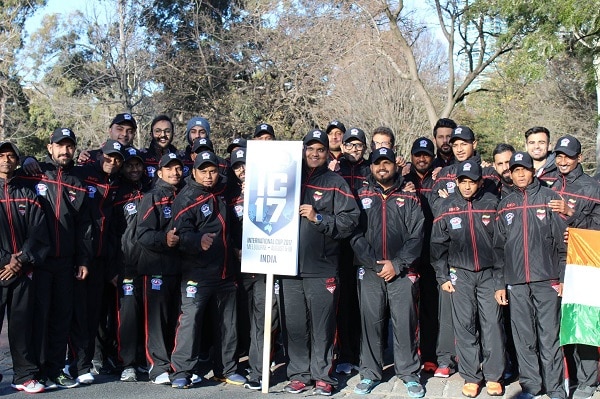 The 6th edition of the AFL International Cup this year is a contest between 18 men’s and 7 women’s teams.

It is played every three years. India first played in 2011, and this is its 4th Cup.

PNG won the men’s Cup in the last edition in 2104, and Canada took the women’s Cup.

At peace in the madding crowd

Book review: Zucked: Waking Up to the Facebook Catastrophe