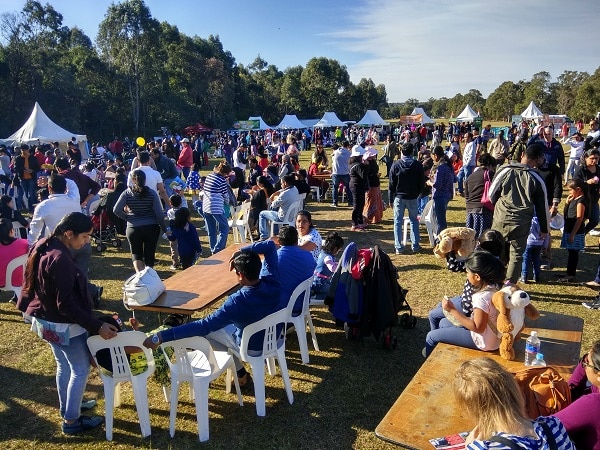 On stage in a sari in resplendent green, Jodi McKay, Member for Strathfield, told her largely Indian audience, “You are woven into us, and we are the richer for it.”

She was addressing the Independence Day crowd at Parramatta Park in a day-long event organised by the Federation of Indian Australians (FIAN).

This was one of two messages that went out that day from all speakers, the other being a commendation of India’s struggle against British colonialism and the advances it has since made as a democracy.

For FIAN and its president Dr Yadu Singh, it was quite a coup to have secured not only Parramatta Park as venue, but an impressive gathering of politicos to mark India’s the 70th anniversary of India’s Independence. 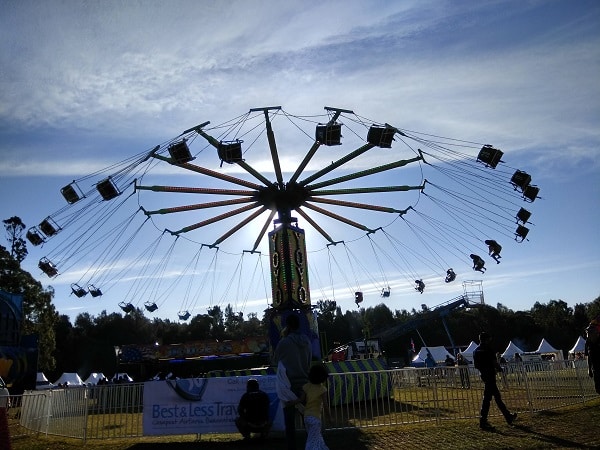 Just like Jodi, many of the other friends of India present at the occasion, turned up dressed in Indian clothes, in a manner that Indian crowds have grown accustomed to seeing. Jodi has even rocked up to parliament in Indian avatar on more than one occasion, the latest being when she introduced a motion seeking to recognise 15 August as the Indian Independence Day.

The verdant Parramatta Park was soaked in the moods of India. The event had all the trappings on a typical desi mela: games and rides for children and the young at heart, dances, Bollywood music and food. The performances on the stage were the centrepiece of the event, and most were dances –classical as well as the ever-popular filmy ones. The Marathi drummers Shivgarjana were particularly exciting and got the crowd to its feet. 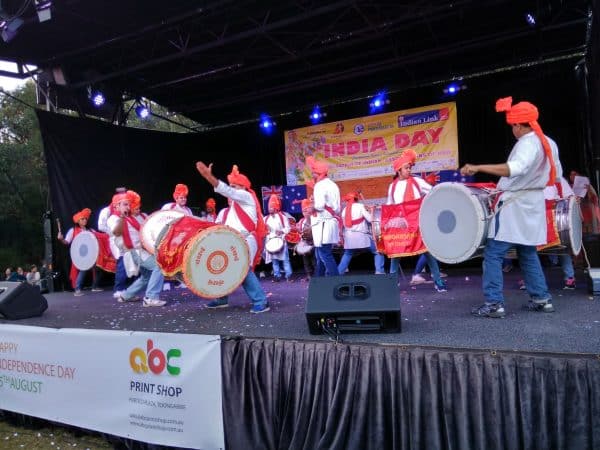 The national anthems of Australia and India were also a goosebump-inducing moment.

Meanwhile, the stalls of food – selling everything from samosas to paan – attracted many. There were a few non-Indian faces in the crowd, but it was mostly a desi affair. There were some nice warm moments when police officers at the venue shook hands with kids, offered them their caps and posed for photos. 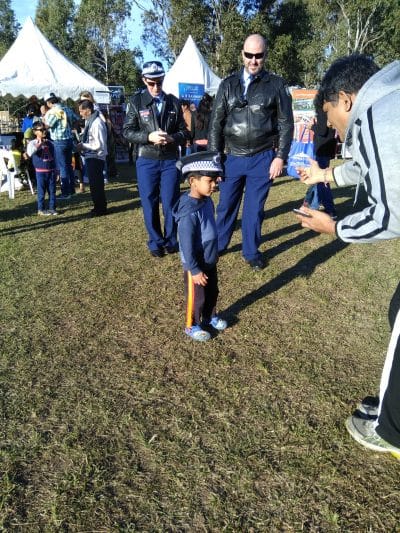 The crowds stayed on for fireworks at dusk.

The special guests took to the stage to address the crowds.

MP Matt Kean, looking dapper in his shiny blue kurta and fancy dupatta, wowed the crowd with his line “No one throws a party quite like Indians.”

MP Geoff Lee, as always, cleverly brought his message around to Parramatta, his electorate, and got a rousing response.

Daniel Mookhey MLC lauded India’s democracy and observed that there could be lessons there for us in this country. MP Michelle Rowland brought up the ongoing citizenship debate. 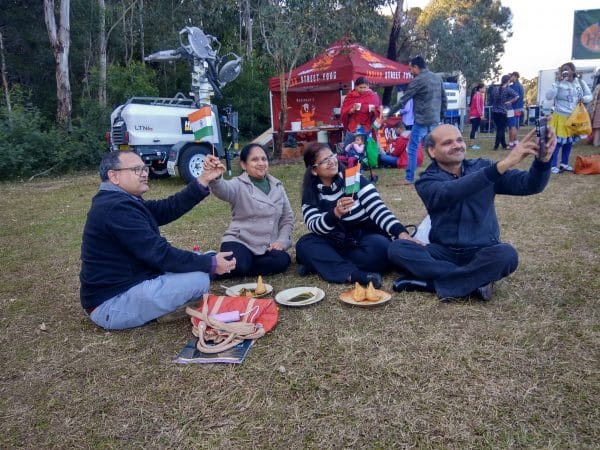 The Minister for Multiculturalism Ray Willaims walked in late, much to MC Yadu’s joy as he declared tongue-in-cheek that the Minister must be Indian at heart. In his own brief address, the minister couldn’t resist putting in a mention of how smooth his ride on the M4 had been, as a pat on the back to his government.

Pawan Luthra, CEO of Indian Link, mentioned the Melbourne event of a few hours before that had Aishwarya Rai Bachchan as main guest, throwing the bait to Yadu for next year’s event.

How Gandhi would navigate a post-truth world