Home Opinion Why the Aam Aadmi Party lost its relevance 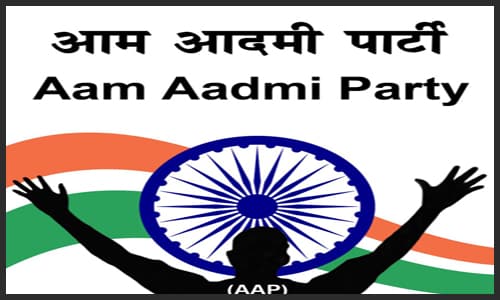 Citizens in any nation, when oppressed for long, resort to a revolution. A revolution to overthrow the oppressor(s) and make change. An individual with a sense of duty and sacrifice steps up to the challenge and the rest tend to follow that leader. The most recent example of such a movement is currently shaping up in Pakistan. However, the success of such an uprising is bound to be struck by challenges. That is where public emotions must be balanced with an adequate dose of realism. All the citizens of Pakistan have to do is look closely at a similar uprising in India earlier this year and learn from its shortcomings.

India, prior to the last general elections, witnessed an uprising of sorts in a nascent political party headed by Arvind Kejriwal. A social reform movement that started with protests and demonstrations, it eventually shaped into a fully-fledged political party in very quick time. Public sentiment endorsing this party ignited rapidly across the nation, making the Aam Aadmi Party (AAP) a formidable force on the national political front. However, the AAP succumbed to the spotlights of the big stage and crumbled.

A country of disillusioned citizens, troubled by blatant misuse of power and authority over a long period of time, sensed a silver lining in the AAP. A tangible alternative to a long array of underperforming governments, people connected instantly with the party’s straight talking leader. They felt affiliated to his vision of a corruption-free India and showered overwhelming support towards the change that the AAP was seeking within the governance framework of India.

Somewhere though, the wheels started to come off this mini revolution in India. The public sentiment of support for the AAP started to be tainted with doubt over the capability of the leaders to run the full journey and deliver the “India” that they had promised.

Granted, the AAP leaders were relatively inexperienced as politicians, however their messages and actions were more directed towards overthrowing the Congress and inhibiting the BJP from governing. They were not about communicating their own merit, vision, and commitment to run the country.

The Congress was bound to suffer in these elections due to their inadequacies over a 10 year rule, and the AAP leadership should have focused on marketing themselves as a capable alternative leadership unit. Instead, their election pitch was more about restricting the number of BJP members entering Parliament.

A successful social or political revolution does not stop at overthrowing the oppressor, it provides the alternative to then effect the change it promised.

“Corruption Free India” makes for a good slogan but not a fully-fledged manifesto to run a national election campaign. Other than putting an end to corruption, the AAP failed to articulate any other major policies of good governance aimed at the medium to long term future of the country. A holistic policy manifesto, tapping into foreign relations, economic growth, internal affairs and defence, was never sold to the voting public in great detail.

Some extremely irresponsible political statements, a streak of irreverent mudslinging, publicised internal party power struggles, and some high profile resignations sighting differences amongst top level leaders of AAP, all added to a sense of unease and lack of confidence towards the party.

The fallout and resignations of key AAP figures after the Lok Sabha elections earlier this year reflected a shade of political opportunism within the ranks of AAP. The decision by Arvind Kejriwal to give up the governance of Delhi in lieu of running for the top job as Prime Minister eroded his credibility to finish off the task at hand.

When you start a protest as a common person, you resort to demonstrations, hunger strikes, and disruptive activities. The effort in all of that is to get noticed. To create awareness. But, when you are a known entity and the government of the day, as AAP was in Delhi at that juncture, you follow constitutional protocols to effect change. Change, of any sort, is a long and arduous process. It demands patience and perseverance. You do not have to revert to being a powerless vigilante once you are in government (and I refer to the much publicised “dharna” by Arvind Kejriwal while he was the CM of Delhi). You stick to the legitimate processes and clean up the system. As challenging and tough as it may be.

The AAP had a lot going for it, but somehow managed to implode on the big stage. I am sure it is regrouping somewhere in its political trenches, as I write, reassessing its approach and priorities, re-strategising. It will return to the main stream at some stage to stake a claim at governance once again. However, I am afraid, the once popular reform movement that it originated as now runs the risk of being branded yet another “political party”.

Much like a schizophrenic, AAP will now have to fight demons created by its own self.

What aspiring politicians can learn from Modi