Vaishali Vijay is a woman on a mission – to get more women involved in Information and Communications Technology (ICT) and see them thrive in higher ranks and in the C-levels in the industry.

A leader in her trade, Vaishali has continued to prove that women can achieve what they set out to do if they keep their self-doubt aside and their ambitions high.

With a background in engineering and international business, Vaishali has spent a good part of her decade-long career dealing with data, analysing it and making it more insightful and less boring. She has found her place in data analytics, data visualisation and business intelligence. She currently serves as the Director, Head of Analytics and Data Visualisation Australia & New Zealand, at Capgemini. She is one of those rare few women in the higher ranks in her industry and intends to change the status quo. 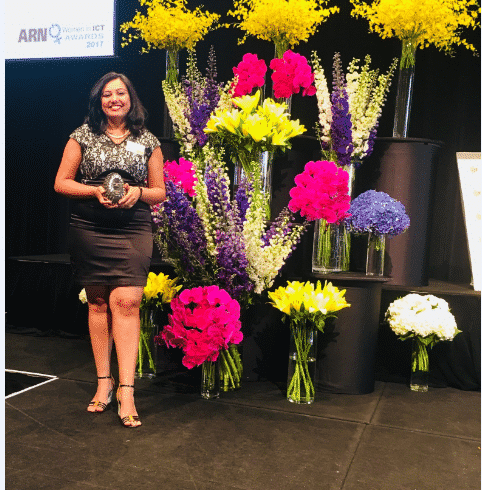 “We see a lot of women in ICT in the graduate and junior levels but somewhere along their career paths, the number shrinks,” says Vaishali. She believes that several factors – family focus, inadequate support in personal and professional life, lack of mentorship and guidance, limited networking and self-doubt – contribute to women not aiming high in their careers.

This Sydney executive is no different. “I belong to a simple and conservative family. Despite many objections from the extended family to not let women chase a career outside of India, my parents provided me with a strong support to believe in my choices and me,” she says. She credits her parents, especially her mother, for breaking stereotypes in her family and standing by her decisions. “I have beat myself up and doubted my abilities but have been fortunate to be surrounded by a supportive, family – husband, parents and sister, co-workers and mentors who believed in my ability to excel in my career,” she muses.

Often, women are their own worst enemies and are severely weighed down by self-doubt. Vaishali asserts that a successful career in any field a woman chooses needn’t be a unicorn hunt and that opportunities are waiting to be grabbed. “If you are in a junior position, and are aiming for a career in the higher ranks at your workplace, go out and seize the opportunity to do a bit more than your assigned work. More importantly, don’t shy away from speaking to people and networking,” she says. “Want to be a manager? Think like one, dress like one and take on additional responsibilities like one. Sure enough, you’ll be noticed for your dedication,” adds Vaishali.

Vaishali clearly walks the walk and talks the talk when it comes to taking on additional responsibilities. When an opportunity came to host the Stanford Women in Data Science (WiDS) Conference in 2017, she grabbed it with both arms. “Stanford hosts this event every year and for the first time they took it to countries outside of the US for which they were seeking ambassadors to host the conference,” she shares. It was the first time WiDS was held in Australia at Capgemini with Vaishali being the ambassador for the conference. Nearly a hundred attendees including men and women, eight woman leaders in the world of technology and several speakers from some of the top companies in the globe were present at the event. “It was held on Women’s Day 8 March, 2017, and I couldn’t be more proud,” beams Vaishali. 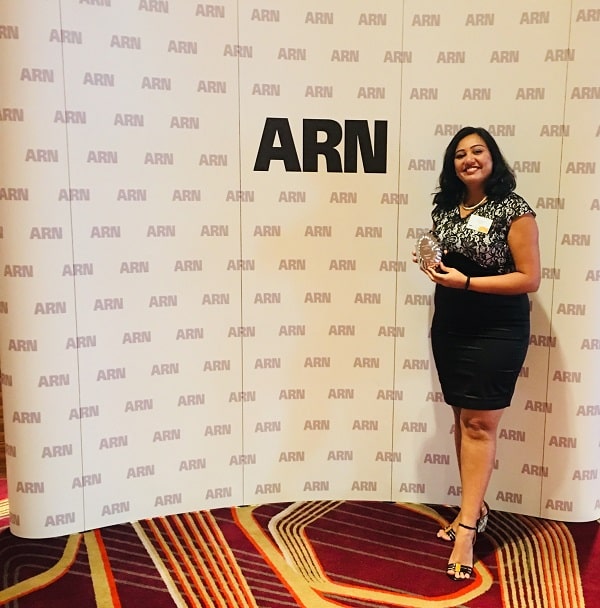 “It was wonderful to see so many women networking, interacting with industry leaders, setting new goals and keeping their career sights high,” she shares. “While the speakers were all women at the event, there was no shortage for men crusading for WiDS. This was great assurance that the trend is shifting and men too are all for women in leadership positions,” adds Vaishali.

Upon witnessing the response and success of Stanford WiDS, Vaishali, along with Capgemini, will again host Stanford Women in Data Science (WiDS) Conference 2018 for Australia. “My main aim is for women to get talking, networking and break the barriers to be in leadership positions. My happiest moment was when one of the attendees came forward to host the conference in New Zealand next year,” she shares.

Her contribution to the industry has not gone unnoticed. Vaishali won The Rising Star award in the ARN Women in ICT National Award in 2017 and was a finalist at Women’s Agenda Leadership Awards. “It is gratifying to be recognised for hard work, but most importantly, awards such as these are here for women to know that they are recognised and valued for their work,” she assures.

The busy executive has her plate full with many side projects, aside from her main job. “I sometimes find it hard to take time for myself but self-care is important,” she says. She enjoys keeping her mind and body active with Bollywood dancing, playing tennis with her husband and spending quality time with her family. “In the quest for success and finding a work-life balance, women often don’t take care of themselves. Find time for things you enjoy besides work,” she advises.

This International Women’s Day, Vaishali is all set to host the conference in Sydney and Melbourne for the second time around. “I can’t wait to see the many opportunities open up for women and young girls in the field of data science, analytics and STEM technology. It makes me immensely proud to be part of a forum of this scale to help women find their way up in the corporate ladder,” she Vaishali.

To learn more about Wids: https://www.capgemini.com/au-en/events/stanford-women-in-data-science-wids-conference/