Comedian SANDY GANDHI thought it was a simple case of ‘humourroids’, but it turned out to be a close brush with colon cancer By SANDY GANDHI 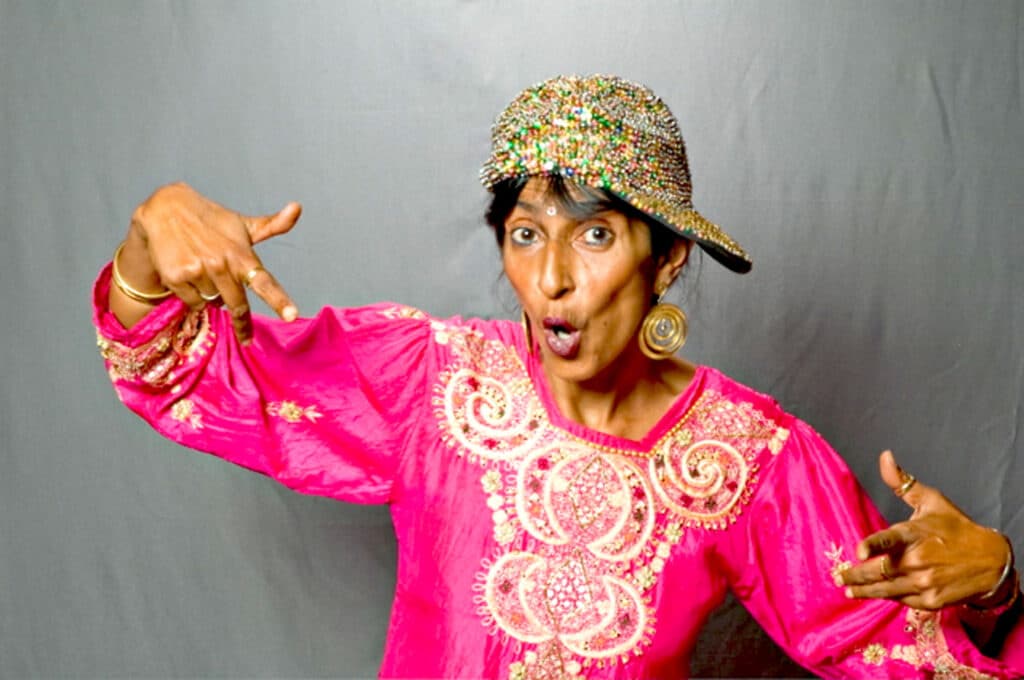 According to organisations like Bowel Cancer Australia and Cancer Council Australia, bowel cancer is the second largest cause of cancer deaths in Australia. Not necessarily restricted to an age group, bowel cancer is more prevalent in older people and we are encouraged nationwide to partake in voluntary bowel cancer screening tests once we’ve hit the fifty mark. (Ask your GP about symptoms and testing regardless of your age).

When my body’s 50,000 miles service came up, I had a few symptoms but found many very plausible reasons for my symptoms not to be bowel cancer so I didn’t bother getting tested. I ate quite well and exercised somewhat, I wasn’t overweight and my general health was good except for the onset of trauma arthritis from a prior close encounter in the derriere of my wee car by an idiot in his humungous 4WD. Perhaps the 4WD was still in situ, up my derriere. That’s another whole story about getting it up the clacker by the idiot and then getting it up the Khyber by the idiot’s insurance company.

I also felt being born in New Delhi, India has given me an advantage in that my gut’s well travelled without many incidents of Delhi belly. However, one of the major stresses on my gut and its surrounds is purely due to my pre-performance nerves prior to doing a stand-up appearance, especially a high–stress gig.

It was spooky getting Delhi belly each time I had to get in my Indian character for a show. I’d spend at least five hours prior to an evening gig playing a frenzied version of musical chairs with the dunny bowl. I was probably a kilo or two lighter by the time I got on stage and as soon as my name was announced, I’d need to do a poo – now that’s authentic comic relief right there!

Once I was on stage and got my first laugh, the fireworks in my gut would settle down but it would take me days to recover after a show – my gut would feel funny but I wasn’t laughing. It was time to give my gut a break for a bit. I had to adjust a few things in my gastro-intestinal life and unfortunately doing stand-up had to be the first to go, for a while at least.

Several gig-free months later, I realised my gut was performing like a B-grade mini-series regardless of the absence of my stand-up pressures. But even now, I could write off these episodes as a collaboration with ‘Peri-menopause, the musical’, which was now  in full swing.

My GP suggested I do some blood tests to check my hormone levels and other vitals. As I was about to have many samples of my various bodily fluids extracted, I figured I might as well do the bowel cancer screening test and get that out of the way too. Turns out my test was positive, i.e. there were traces of blood present – as a comedian on sabbatical, it was probably just a simple case of humourroids.

The next step was a colonoscopy ASAP. The good news is, most get the all clear. Unfortunately I didn’t, but vital early detection and a second endoscopy with the help of a brilliant colorectal surgeon (who vowed he wouldn’t look), means I’m free of the dreaded ‘c’ word – cancer!

A colonoscopy doesn’t have to end in a bum rap – the old adage, there’s light at the end of the tunnel, comes to mind.

I’m now in the throes of writing my next stand-up show but can’t decide between Polyp, the musical or My Beautiful Colon.

Even though a colonoscopy conjures up all kinds of unwanted images of your back end being invaded by folk you hardly know wielding various accoutrements of their trade including a camera and a wide screen to view your innards, it’s not as bad as it sounds. I underwent two procedures in as many weeks, a colonoscopy and a flexible sigmoidoscopy (a shorter scope is used in the latter), and at no point did I feel that anything or anyone had been up my proverbial. The worst part of the process is downing 2 litres of hospital grade ‘bowel blaster’ to prepare for these procedures.

So if you’re reading this, consider it a friendly reminder if you haven’t addressed this issue and you know you should – there’s more than one ring of confidence to be had. Go ahead, get anally retentive…your life depends on it!