And suddenly, just like that, the maligned MCG pitch, and the match, came alive.

When Virat Kohli woke up on Thursday morning to the sight of dark but unthreatening clouds – on the pivotal third day of the Boxing Day test – he would have surely had a smile on his face. Even as he was put through his paces in the hotel pool by team physio Patrick Farhart, nursing a back injury, his smile only widened as he looked out over the overcast Melbourne skies. While the Australian quicks sweltered through two hot days in the field, racking up 170 overs under their belts, Kohli’s India were granted the late Christmas wish of a cool change on day 3. 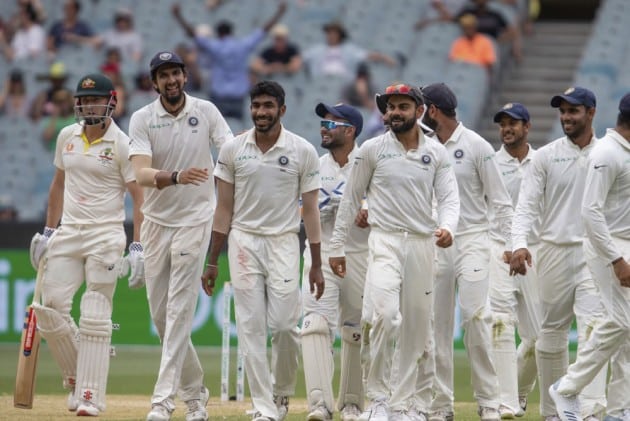 If the clouds were an ominous sign for the home side, they certainly didn’t carry their protective amulets; the first session could hardly have been more disastrous, and it was plainly obvious to everyone who was watching: Kohli had it all figured out.

First, the trap to Aaron Finch, who flicked a sharp catch to a straight short mid-wicket, echoing his near-identical dismissal in the UAE against Pakistan. Then came the short ball to Marcus Harris, whose inability to commit to either playing or leaving the short balls may well have painted a bright red target on his helmet for all bowlers. A short ball to Harris may have been a no-brainer, but it was the fact that it was used sparingly as a surprise change-up, rather than as an out-and-out strategy, that made it all the more potent.

Kohli chopped and changed his bowlers regularly, but not injudiciously. The batsmen were given no time to settle to a rhythm, but bowlers were allowed ample opportunity to work into a spell and bowl to a plan. No bowler did this better than Jasprit Bumrah, who broke the back of Australia’s feeble challenge with the last ball before lunch, trapping Shaun Marsh LBW with his first slower ball of the series. The ungainly quick then broke Australian hearts after tea, claiming 6/33 to decimate Australia for 151, handing India their biggest ever first-innings lead on Australian soil after the tourists declared at 7/443 on day 2. Bumrah now has five-fors in South Africa, England and Australia, the only Asian bowler to achieve the feat in a single calendar year.

At times, even Kohli’s left-field decisions were threatening to pay off. When part-timer Hanuma Vihari was introduced in the 51st over, with Australia on the ropes, eyebrows may have ordinarily been raised. But not on this, Kohli’s day. Off his very first ball, Vihari induced an edge off Cummins which should have been swallowed by Pant behind the stumps, but this blip didn’t cost the Indians much. 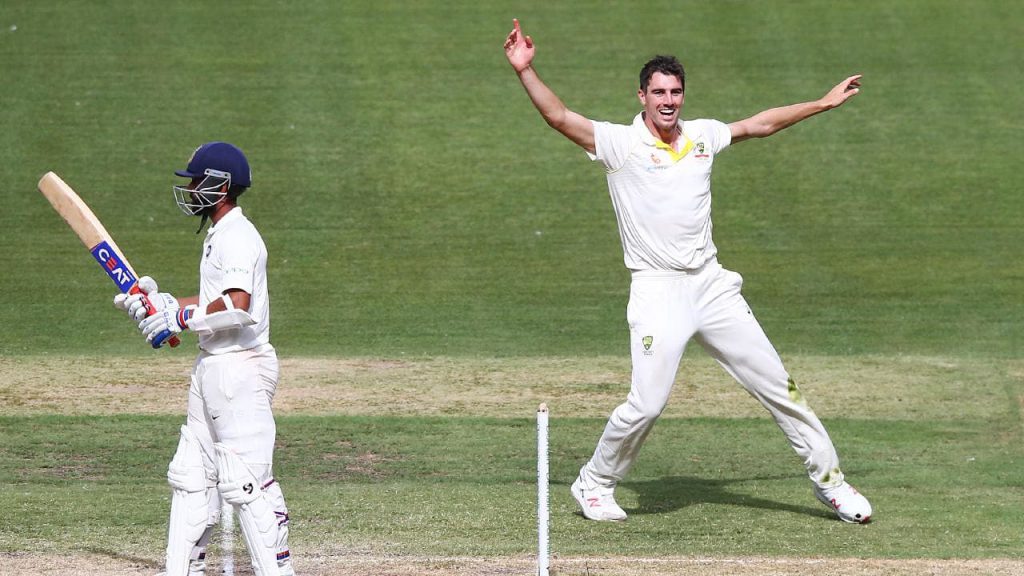 The only bright spot for the home team came from yet another lion-hearted spell by Cummins, who has been by some distance the best Australian player in this match. After bowling 34 overs in the brutal first innings, the tireless Cummins steamed in once again to claim 4-10 off 6 overs, claiming both Kohli and Pujara for 0 in identical fashion along the way.

India may have failed to bat Australia out of the match, collapsing to 5-54 at stumps with a lead of 346, but barring a miracle or inclement weather, history says that the result is all but a forgone conclusion following Kohli’s strategic masterclass in Australia’s first innings.

The most telling statistic of the day was that none of Australia’s top 6 batsmen faced as many balls as even the enigmatic Rishabh Pant; in fact, if each side’s top six were arranged in order of the number of balls faced, only Indians would populate the top 6. It should serve as a reminder to the likes of Ponting, Johnson and Mark Waugh, who were each particularly vocal regarding India’s approach in the first innings: Australia would now kill to be batting with 11 Pujaras, as they begin the nigh-impossible task of trying to avoid their first loss to India at the MCG in 37 years.

Family Reunion: Not a distant dream anymore for Australian migrants?