India-born Australian citizen Vinod Daniel has been revisiting his roots through his charity work under the NGO India Vision Institute (IVI). Vinod and his team have been conducting eye screening camps for the underprivileged in India. After the screening, his team distributes a free pair of glasses for those who have been found to have refractive errors. So far, they have conducted over 500 vision screening campaigns across 17 states in India, since starting in 2012; they’ve also provided free eye glasses to 20,000 adults and 17,000 children, who have been detected with eye issues.

Vinod, who is an international museum expert by profession, shuttles between India and Australia. In India, he organises the countrywide eye care initiatives of his NGO, IVI. It is a joint initiative of the LV Prasad Eye Institute in Hyderabad and the Brien Holden Vision Institute in Sydney. 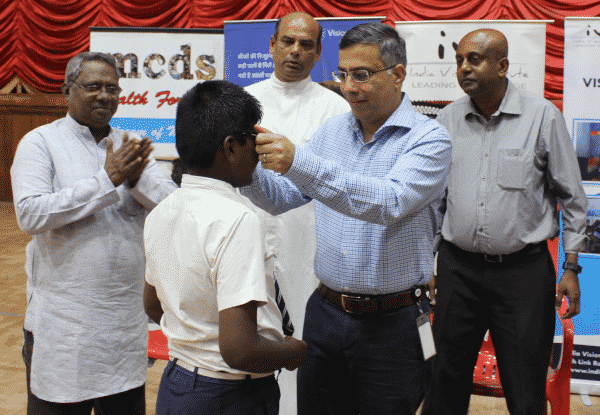 Describing his journey to Indian Link, Vinod said, “When I was a board member of the Australia India Council (Department for Foreign Affairs and Trade) from 2005-2011, I travelled frequently to India. I came to know, through a colleague who worked in the field of eye health, that many in India had no access to even a pair of glasses. While I learned that many underprivileged school children couldn’t even see the board properly as they were severely myopic, I also came to know that many youngsters were not able to perform well at work due to poor vision. Plenty of eye-related issues could be resolved by just a pair of glasses, and people were not aware of this simple solution as they had no access to eye screening. I wanted to help those underprivileged Indians get a clear vision.”

In a country with over 100 million visually impaired adults and around 10 million children affected with the problem, Vinod’s charity work has been touching many lives across the country. “It has been a rewarding experience so far, as we are making a difference in the society. It takes 4-5 years for any organisation to establish themselves and we are in our seventh year helping people get a pair of glasses and we will continue doing it,” he said.

IVI’s vision screening activities are carried out through two programs: Eye See & I Learn for children, and Eye See & I Work for adults. “We have been conducting eye screening across many corporation schools as well, in India. Some 20% of those attending screenings need spectacles. We distribute the glasses for those who need it immediately following the screening. Sometimes, for certain eye correction issues, we need to contact the person later and provide the spectacles. 65% of the glasses would be distributed on the spot at the screening and we are now aiming to increase the distribution rate to 95%.” 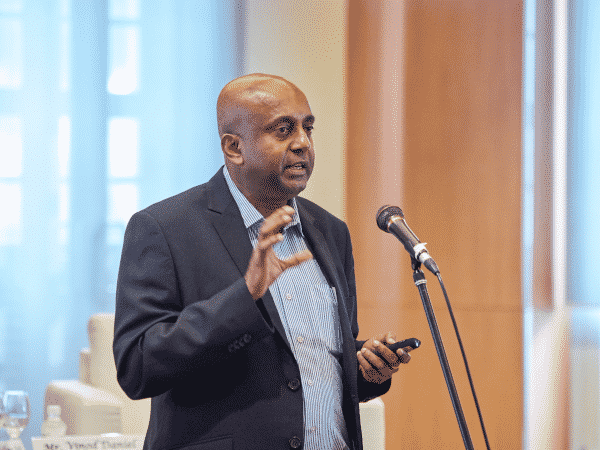 Vinod, pictured above, says that the happiness that he sees in the eyes of the disadvantaged people after getting their vision corrected with a pair of glasses motivates him and his team to work harder. “Children usually don’t express much. But we see the excitement on their faces when given a pair of glasses. I remember once we conducted an eye testing camp for a nomadic community. We detected a refractive error in one person, and provided him with spectacles. After he wore put them on, he began dancing around the camp in happiness. He told us that everything around him was blurred until he wore those glasses. He was so happy to get clear vision. This happiness meant a lot to us and motivated us to reach out to many such needy.”

Vinod’s aim is to increase the number of eye testing camps that are being conducted across the country.

“It costs Rs 60 in India to screen a person’s eye. That’s $1.20 for a single eye test. If we receive $120 dollars as a donation, about 100 underprivileged children/adults can be screened. The needy could even be provided with glasses. If many individuals donate money, it will create a real impact on the number of eye screenings that are conducted across India. Initially, our charity work was supported by a couple of organisations and when more and more organisations started donating money, the number of eye testing camps drastically increased across India. Our mission is to provide a free pair of glasses to as many underprivileged Indians as possible,” says Vinod.

You can support India Vision Institute for:

You can find more details on the Indian Vision Institute website or via email at ivi@indiavisioninstitute.org