The first ever Indian-origin contestant on Big Brother Australia, Priya Malik talks about her experience in the house writes JORDAN ANJAIYA 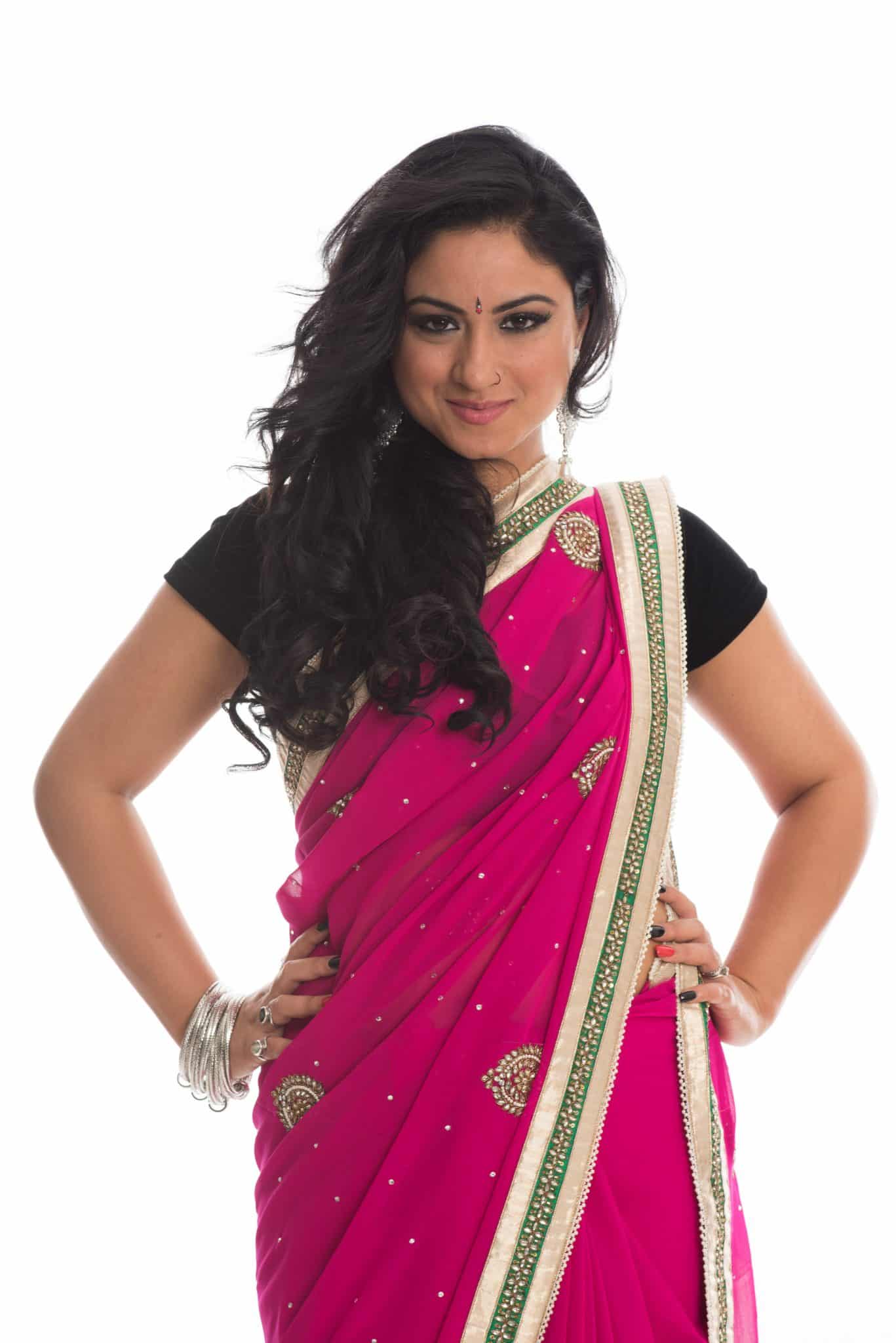 Entering the Big Brother house on Day One as the first housemate for 2014, Priya Malik certainly made an impact. “Going in there, I did realise that I was different,” she says. “Of course I’ve realised that all my life, whether in India or here. And it was great!”

She admits she didn’t think she would make it as far as she did, though.

“There were so many other strong personalities in there that I was really unsure,” she says. “I never expected to last as long as I did, but it has been a humbling experience, and absolutely beautiful and positive.”

Originally from a small town, Dehradun, Malik left when she was 18 and moved to New Delhi where she worked in the BPO industry. At 22 she moved to Australia with her husband to do her Masters’ degree.

Malik had been working at private secondary schools in Adelaide for the past few years and had started to become restless about her career.

“I thought, ‘Am I doing what I really want to do in life, or am I just making do with what I get?’” she says.

Thinking it was just one of her friends taking the joke too far, Priya ignored the email until someone from Endemol Productions contacted her directly.

“I had a chat with my husband and you know what? We thought, why not? I’m 27 years old. I’ve been here six and a half years now, working as a high school teacher, and could now become a reality TV star!”

Priya is very honest about her reasons for wanting to go on the show. 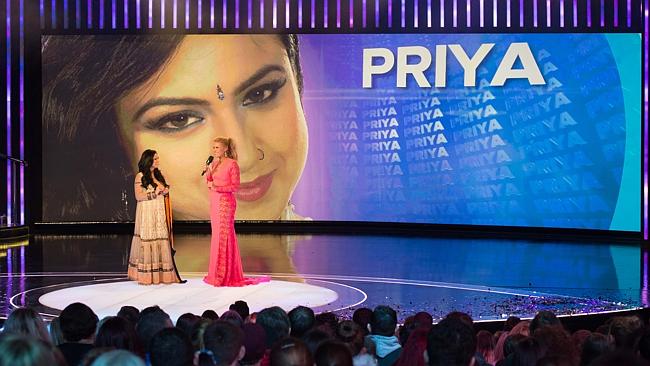 “I’m a ‘fame-whore’,” she admits. “But it was a memorable experience and helped me challenge myself. It was amazing.”

Another reason Priya went on the show was to kickstart a career change, aiming for a new profession perhaps in media.

“I wanted a career out of it because I could see the growing restlessness in me and I can see that I want to be a performer,” she says. “It’s why I’d also started doing stand-up comedy in the past six months in Australia.”

Known on the show for her preening in front of the mirrors, Priya acknowledges her childhood dream was to become a Bollywood actress.

“I would look at myself in the mirror for hours – as I did in the Big Brother house – and constantly want to be in Bollywood. I think that’s every Indian girl’s dream, really,” she admits. “It’s like an Australian or Indian boy wanting to be a cricketer. It has struck a little late in life, that whole media thing and the celebrity and the fame, but I’m happy to embrace it and see where it takes me.”

That’s probably why Priya confesses her favourite weekly task while in the House was when housemates worked to run Big Brother Radio.

“I enjoy the spontaneity that comes with radio,” she says.

Priya’s game plan on Big Brother was to find out who the players were and then devise a strategy based on her interactions with them. “It was a lot of observing other people, observing where the cliques are, where relationships are based, who’s a hero, who’s a sidekick,” Priya divulges. “There was a lot of psychology involved in studying how the show worked, and I went on from there. I was ruthlessly honest about why I was there and who I was, which is why I remained completely unapologetic. Good, bad, positive, I didn’t care. I just wanted to be me.”

She did not feel at all manipulated by the show’s producers, either. “I have always said that they can’t cook a meal if I don’t give them the ingredients! I love the psychological aspect of the show. All in all, it is a social experiment. But I did dislike the exclusion in the show. There were times when housemates would pick on each other and follow a herd mentality.”

Priya admits that part of her desire to be on the show was to provide diversity in the Australian media landscape. “On SBS, yes, you may see a brown person. On the ABC, yes, you may see a person of another culture. But when it came to the commercial channels, I did not see that happen very much,” she says. “This was another reason why I thought I would have a good chance at the show, because it was something completely different.”

Priya confesses she never saw herself as surviving even one eviction.

“When the first eviction happened and I was saved, I felt, ‘Okay, maybe my husband is voting a lot’,” she says. “I didn’t even think that the Australian public would be doing it. Since I’ve come out, I’ve seen that the Australian public has been super supportive. They love the fact that I’ve been honest and truthful. The Indian community has been very supportive as well.” 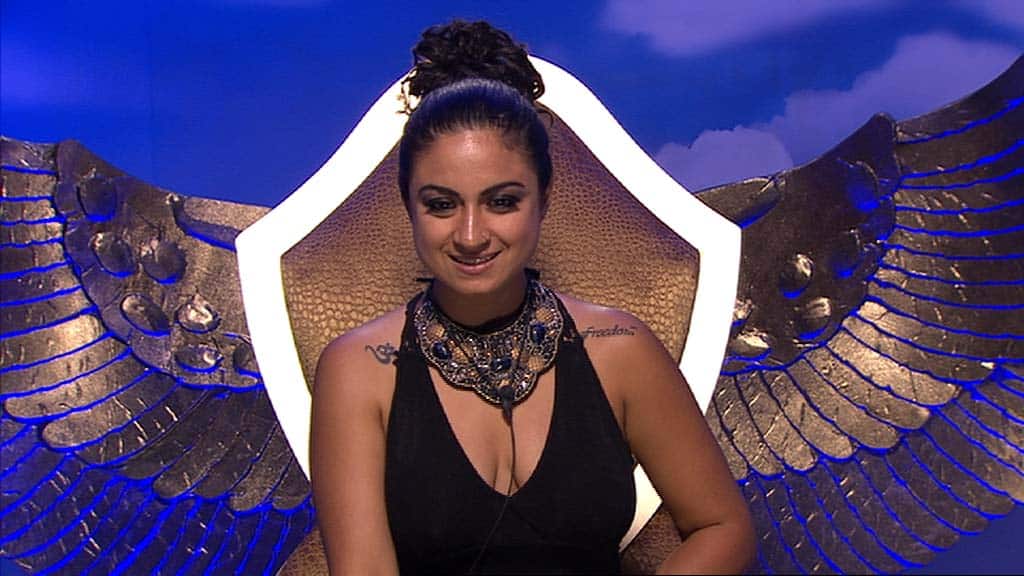 Surprised by the backing and acceptance she has received from the public, Priya says she has no regrets about anything she did or said while on the show. “Being from a different background, I was unsure if what I did or said would go well with them, but it did,” she says. “I can see that Australians are now able to see beyond just race. And I am very thankful for it.”

Still, coming to Australia has in a way, connected her more with her heritage.

“I’m more Indian in Australia than I was in India, if that makes sense at all,” Priya continues. “In India, we idolise the West. When I came here and people would meet me and say, ‘Oh, you’re Indian’, I realised that that is a part of my identity and I can’t not say that, I can’t not be that. It’s been a weird journey, but I’m so proud of my heritage.”

Priya says the most challenging part of the Big Brother experience was “the complete loss of contact with loved ones, especially my husband”. She also says she missed the lack of intellectual stimulation such as books and the internet.

Open to the idea of appearing on Celebrity Big Brother in Australia or the UK, Priya admits her “first love” is India’s Bigg Boss.

“That’s what got me hooked four years ago,” Priya reveals. “One day I got online and started watching Bigg Boss, and I never stopped. Then when I came to Australia, I got to know about Big Brother in Australia and I got hooked.”

Plenty of LOLs …. And some lessons