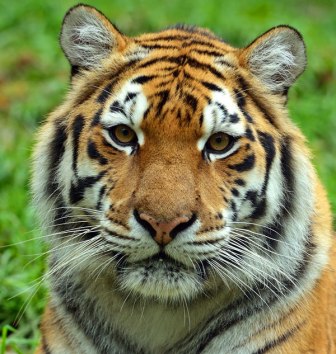 We had spent the afternoon in the Bandipur National Park near Ooty, and were now about to head back to our rooms at the hotel. Although we had seen and photographed much wild life in the past few hours, we were a tad disappointed – the tiger, which is what we had really come to see, had remained elusive.
As we turned onto the highway leading out of the jungle, the driver from a vehicle on the other side of the road yelled “TIGER!” Our driver stepped on the gas as our heart beats quickened. We had only just recovered from the quick braking, when a beautiful tigress emerged from the bush and walked towards the main road.
I felt a rush of adrenaline, as time suddenly slowed down. I only had eyes for the tigress. We knew it was a fully grown female by its size and more obviously, the family jewels were missing. She crossed the road in no hurry whatsoever, and I tried to get her in focus on my camera, which was shaking in my trembling hands. Suddenly it was all quiet, and the majestic striped beast looked surreal in her surroundings. She was graceful in her gait and even looked straight at us for a moment, while I rattled off a few more shots from my Nikon.
She crossed the road, and casually walked back into the bush, and out of sight.
Our encounter lasted all of two minutes, but it felt like an hour. Later, I counted no less than 15 shots on my camera. The whole experience was out of this world and remains etched deeply in my memory. We returned thrilled to our core, especially my parents who were visiting Bandipur National Park for the first time. My hubby Prakash smiled as I cradled the camera protectively. These pictures of the tiger in the wild will stay with us for life.
The Bandipur wildlife sanctuary is approximately 240kms southwest of Bengaluru in the state of Karnataka. The BandipurNational Park spans an area of 870 sq kms of dry, deciduous forest, and is home to many endangered species. According to the latest wildlife census, there are over 3000 elephants that migrate between the forests of Nagarahole, Bandipur, Mudumalai and Wynad. Although this depends on where they can find water and food in abundance. Human settlements and elephants battle for space, which takes a toll on these majestic beasts. The main road to Ooty, which has witnessed ghastly accidents involving wildlife, has thankfully been closed in the night for some time now.
On our adventure, we drove along on a jungle trail that wound through the wildlife sanctuary, with its hidden fauna amidst opulent flora. Quite early on our trip, we encountered a juvenile elephant that trumpeted and crashed into the thick foliage upon sighting our vehicle. We strained our eyes and ears with expectation as we approached each bend in the track, because, at this point, we were still looking for a sighting of the elusive tiger. After a long bumpy ride we also came across a family of langurs playing and chattering. The driver stopped at my request, and we managed to capture as many antics of these beautiful monkeys as we could, on camera.
And then finally, we had our tiger sighting. Of all the wildlife experiences on this trip, the sighting of the tiger in the wild was definitely one of the most amazing nature experiences to have – mine certainly gave me goose bumps. And though I have seen tigers in the wild many times before, this was the first time I managed to take pictures. My tiger turned out to be graceful, majestic and breathtaking, to say the least. This beautiful animal needs to be preserved in its natural habitat for all generations to come. Tigers are awesome indeed, long live Sher Khan!