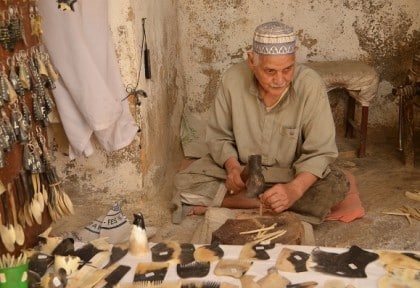 Brimming with 3000 years of history, get lost in the medinas and souks of Morocco

The 1942 Hollywood classic Casablanca made the Moroccan city world famous, even though the film wasn’t shot there. However, from a touristic angle, the former French colonial outpost doesn’t offer much more than a strong line up of Art Nouveau buildings and the Hassan II Mosque, featuring the world’s tallest minaret.

Casablanca’s significance derives from its starring role as the gateway to a fascinating North-African country with varied geography, diverse culture and historic and vibrant settlements. Bordered by the Atlantic and the Mediterranean, merged with the African continent through the Sahara desert, and diagonally bisected by the High and Middle Atlas mountain chains, the landscape of Morocco bequeaths sandy beaches, expansive deserts, mountain peaks, lakes, and forests, mingling with cities, towns and villages that are home to more than 34 million people.
It’s not possible to see and experience everything in one visit, however Carol Prior, Director of By Prior Arrangement, an Australia-based specialist Morocco tour organiser, outlined a perfect itinerary for me to taste the best of Morocco in a short period of time. I travel from Casablanca, on road for almost a thousand kilometres, over six days, to touch the imperial cities of Rabat, Fes, Meknes, and Marrakech, visit ruins of the Romans at Volubilis, and experience many rewarding encounters with the land and people.


An ancient kingdom, Morocco brims with 3000 years of history. As per records, it came under the influence of Carthage and Rome, but its origins come from the indigenous Berbers. Islam and the Arabs voyaged into the land in the late 7th century. In the early 20th century, Andalusian Spain and the French carved out zones of influence in Morocco and strongly held on to the land until total independence was granted in 1956.

Legacies of the Europeans are still strong, with French widely spoken, almost as the national language. Because of this inheritance and close geographical proximity to Europe, late King Hassan II once described his country like “a tree whose roots lie in Africa but leaves breathe in European air”. Morocco even applied in 1987 to become a member of European Community, but their plea was rejected. Present monarch King Mohammed VI is a moderniser keen on social liberalisation and women today work in all sectors. Brushing aside all protocols and breaking tradition, he doesn’t hesitate to present his wife at public functions. He also recently appointed 13 female ambassadors to transmit Moroccans’ voice to the world.

“Today, our society is torn between the trap of modernity on the one hand, with strong desire for Islamic reform on the other,” tells my chauffeur cum guide Mohsin, while whisking me through their land. It’s not surprising to see the latest iPhones and Tasbih, Islamic prayer beads, in the same hand. Women dress in western clothes as well in traditional kaftans, only some covering their face with veils. You find locals stopping for namaz on street corners as soon as prayer calls are audible from the nearby mosque, while many others keep partying till late night at the lively Sky 28 Bar located at the top floor of Kenzi Tower Hotel in Casablanca. This divergence possibly inspires an open and broadminded society which creates a comfort zone for travellers exploring an Islamic domain.

A striking feature of all former imperial cities of Morocco is the medina, a densely packed urban conglomeration tucked within defensive walls in the oldest part of the city. They all have a similar layout: a dusty and chaotic labyrinth packed with shops, eateries, mosques, medersas (madrasas), fountains, open air bazaars and homes for nobles and commoners alike. Entry inside is generally through monumental gateways.

Dominated by domes, minarets and satellite dish antennas emerging from a sea of rooftops, the UNESCO World Heritage listed medina in Fes is the most appealing because of its time-stopped setting that presents Morocco as it was during the medieval period.
Fes was founded in 808 AD by the Moroccan ruler Saint Moulay Idris II, and under his rule became the capital and spiritual centre of Morocco. Fes relinquished its hold of the throne in 1912, when the French administrators decided to move the capital to Rabat.
“It has never given up its heritage,” says Khalid as I walk with him alongside grubby walls, through narrow alleyways, and discover a crumbling urban fabric that gifts the modern generation a strong link to the kingdom’s past. The city not only represents an exceptional architectural legacy, but also displays a lifestyle, culture and skillset that has been ongoing for centuries, despite the diverse effects of evolving modern society.

Time stops when I visit the 9th century Karaouiyine Mosque which started its journey as an Islamic University, and the Bou Inania Medersa which was established in 14th century for Islamic education. Reflecting Moorish influence, the architecture, intricate artwork and calligraphy of both institutions is amazing.
A most invigorating experience is losing yourself inside the souk, densely packed with shops selling almost everything you can think of. All my senses are assaulted there, but the smell becomes most intense when we come close to the Tanner’s Quarter. Since the Middle Ages, animals’ skins have been processed here to produce the leather goods for which Fes is famous.

Marrakesh competes with Fes for the title of Morocco’s most exotic city. The city’s thousand years of history is reflected in its various quarters. Skirted by ramparts, the bustling medina, as usual, is the hub of all activities and sums up Morocco for many visitors. The souks here are arranged based on the merchandise they offer, like leatherwork, jewellery, metalwork, spices, and many more.
Jemaa el Fna, a triangular-shaped paved area, is the heart of the medina and epicentre of Moroccan cultural traditions. Day and night multifaceted political, musical, religious, social and artistic expressions are staged here, exhibiting typical Moroccan culture, being a unique mix of influences from the native Berbers, Saharan nomads, African slaves, Arab traders and European colonisers. One of the key things that happened here, until the end of the 19th century, was the beheading of sentenced criminals and political enemies. Today, with all the blood stains washed away, this World Heritage-listed site is one of the planet’s most fascinating open-air forums where outsiders meet thousands of locals every day and discover the magic of Marrakech.

As the golden rays of the dipping sun begin glittering the pink minaret of 12th century Koutoubia Mosque, the venue becomes an open-air stage of culinary adventure and showbiz.
Everyday hundreds of makeshift food stalls are set up with self-proclaimed ‘Masterchefs’ preparing typical Moroccan dishes from merguez sausages and harira soup to snail stew and lamb or chicken slow cooked in tagine pots. Snake charmers, Gnaoua musicians, crossed dressed belly dancers, comic actors, storytellers, acrobats and hordes of other performers take care of the entertainment exactly the same way their ancestors did centuries ago.
I partake in an intimate experience with typical Moroccan culture, tradition, etiquette and cuisine delicacies while staying at the riads, old-style Moroccan houses now converted into luxury accommodation. They are located inside the medina and characterised by having an inner courtyard or a garden as the central element of the building. After enjoying the craziness at the medina, it’s nice and relaxing to retire inside to another indulging world, separated totally from the outside din and bustle.

Getting There
Fly Qatar Airways (www.qatarairways.com) from Sydney, Melbourne, Adelaide or Perth to Casablanca via Doha. If already in nearby Spain, one option is to fly Tap Portugal (www.flytap.com) from Malaga to Casablanca
Accommodation
Kenzi Tower Hotel (www.kenzi-hotels.com), a member of Preferred Hotels and Resorts, is a great choice in cosmopolitan Casablanca. Palais Amani (www.palaisamani.com) in Fes and Hotel La Maison Arabe (www.lamaisonarabe.com) in Marrakech, are both luxurious riads and ideally located inside the medina, offering classy Moroccan hospitality.
Tours
By Prior Arrangement (www.bypriorarrangement.com)

- Advertisement -
Share
WhatsApp
Facebook
Twitter
Linkedin
Previous articleHow NRIs can change their rupees
Next articleSupermoons are big and bright, but not as rare as the hype would suggest