Tackling the megacity can be a dizzying experience with fashion, food, design and history all colliding on the streets 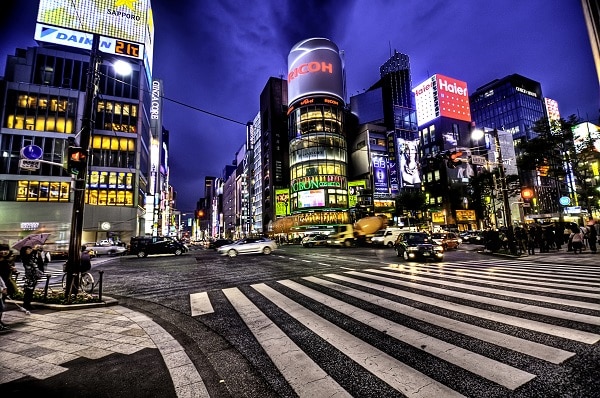 Reading Time: 6 minutesIt was while gazing up at the Park Hyatt hotel, where the film Lost in Translation was set, that I realised how very different life is in Japan. Exiting Shinjuku’s railway station, I was propelled forward by the orderly but determined surge of commuters – all wearing white shirts and black suits – making their way to futuristic office buildings.


I, meanwhile, ended up in a park where pushed by proud owners in strollers – and wearing bonnets and frilly dresses – were dogs, not babies.
I had preconceptions about Tokyo – that it was spotlessly clean, its inhabitants well-mannered, homes were tiny, and that there was a deep respect for the past while looking towards the future. All true, but unexpectedly it also has a cheerful, quirky side.
A colossus of a city, mammoth in proportions like New York or London, a city with no discernible downtown centre, Tokyo is made up of clusters of skyscrapers scattered far and wide. The main challenge is deciphering the subway route map that looks like coloured entwined spaghetti representing 13 different lines. And yet, after arriving in the dead of night at 5am, I travelled across the city, catching three different trains that were already filling with commuters.
Equipped with maps (though a smart phone would have helped enormously with navigating), to get acquainted with Tokyo’s quite distinctive neighbourhoods, from the ancient to modern, peaceful to clubby and brash, elegant to funky, I sliced the city up into doable parts, spending a day in each of the must-see areas.
I tried to avoid the subway system altogether by travelling on the above ground Japan Railway Yamanote line which skirts around the city’s perimeter high up off the ground, doubling up to provide a panoramic tour of the city. And surprisingly it is a city that is easy to discover on foot with signs often in English and locals who really do go out of their way to help you.

Ginza is lined with neon frenzy, with outlandish modern architecture, high-end boutiques and one of the world’s busiest crossings. Locals here dress from top to toe in designer clothing. It’s showy with flash fast sports cars zooming by and women wearing killer heels and lots of bling.

But behind the main streets lined with department stores, such as Mitsukoshi with a splendid food hall, and flagship stores of overseas designers, are smaller boutiques and eateries that are pleasant to stroll by, especially along Namiki Dori.

Not far from here is the historic Tokyo Railway Station and hotel, now beautifully restored. And at the Imperial Palace, you can gain admittance to enter beyond the gates on a guided tour around the gardens to view pebbly walkways and ponds filled with carp.

To learn more of the past, I visited Asakusa and Ueno, two adjoining districts steeped in history. Within the city’s oldest temples, locals come to burn incense to ward off illnesses while coach-loads of Chinese and South Korean tourists rent kimonos for the day and take selfies.
But away from the temples and souvenir stores overrun with tourists are narrow winding streets with ancient timber houses that once belonged to merchants and artisans dating back to the Edo period. Here, life continues largely unchanged at a slow pace, with locals riding bicycles and shops sell sweets and crackers as they have done since the 17th century.

Shinjuku is shops and department stores on one side of the railway station with its staggering 60 exits, a nightclub and quite seedy area with strange names such as Closet Child Gothic Lolita in another direction, and futuristic office buildings on wide, tree-lined boulevards on the station’s other side. Japan’s Isetan Department store is located here with a food hall that has everything, giftboxed melons that retail for over $100 each to affordable treats including an extraordinary array of sushi, all exquisitely packaged.

Shibuya is a creative enclave renowned for its funky teenage locals that congregate on weekends to wear outrageous clothing and its hypnotic multi-storied video screens. It was here that I decided on a day of serendipity.

I’d heard of Cat Street, though locals didn’t know it by that name and it didn’t appear on my map. I set off eastwards, following sloping streets and twisting alleyways, hoping to find it.

And by chance, three hours later, I did just that off the main street of Omote-sando. Cat Street is tiny with even tinier offshoots lined with funky cafes, arty boutiques and very cool locals in a high end and a street way.
I had been looking forward to my stay in a traditional Japanese style inn, known as a Ryokan, but found the experience awkward. My room, lined with tatami mats, was so tiny that the futon mattress, once rolled out, absorbed the entire room.
Across the hall, the toilet replicated the sounds of waterfalls and tweeting birds, a noise emanating from a control panel with instructions in Japanese that unfortunately squirted water in all directions when I tried to stop it. And opposite, at the neighbourhood restaurant frequented by locals, you selected your meal from photos and paid at a vending machine that dispensed a ticket, with the waitress then swiftly delivering your meal. So much is different from life as we know it.
Tokyo is a city of surprises that would take a lifetime to see and understand, but my time there had come to an end. I loved it and will be back.
At Shinjuku station I found the brilliantly sleek white Shinkansen train, a technological marvel shaped like a bullet. Ushered on-board by the conductor, I was soon being catapulted towards my next destination to begin my journey around Japan.
Travel Notebook
Getting there
Qantas, Japan Airlines and ANA fly direct to Tokyo while Jetstar makes 1 stop. Flights arrive at Haneda (closer to the city centre) or Narita.
Getting around
Tokyo has a staggering number of rail and subway lines. Subway passes are recommended if you’re game to tackle them. Use your Japan Rail Pass only for long distance travel after you depart Tokyo as the pass is very expensive. If you use the JR Yamanote line you can purchase single trip tickets. There is also a hop on hop off sightseeing bus.
Where to stay
Opt to stay close to a major transport hub, well serviced with shops, hotels and restaurants so you can get around swiftly such as Shinjuku, Shibuya, Ueno or Ginza. There are many options for accommodation from dormitory, affordably priced Japanese hotel chains with compact rooms such as Toyoko-inn and Tokyu Stay to luxury hotels and Japanese style ryokans. Book at least 3 months ahead.
Where to dine

The cost of living is comparable to Australia though speciality items can be expensive. I was glad to have brought a thermos and my own coffee as good coffee is hard to find. Stations are surrounded by supermarkets, cafes and restaurants while department stores offer a staggering selection of food in their food halls with Isetan having one of the world’s best. Noodles and sushi are sold everywhere. Vegetarians will find dining out a challenge since fish paste is used extensively in stock.
Insider tips
While hotels and departments stores accept credit cards, other purchases are generally cash only. The exchange rate for AUD in Japan is eye wateringly bad. Change your money before you leave into cash and as a back-up a cash card loaded up with Yen.
Spotless shower rooms are available at major airports for a reasonable fee. Avoid travelling to Japan during peak holiday periods.
- Advertisement -
Share
WhatsApp
Facebook
Twitter
Linkedin
Previous articleCalling Australia home
Next articleMasterclass revelations