Rich history blends beautifully with modernism, and a bit of whimsy, across the country 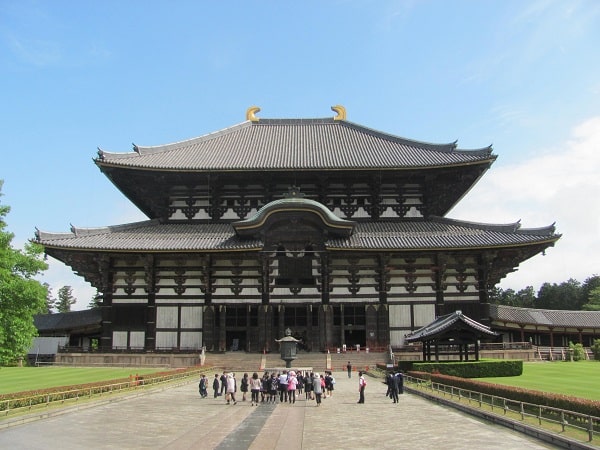 As the shiny Shinkansen bullet train sped towards the alps, Tokyo’s urban sprawl soon gave way to a landscape of rolling hills, rivers, dense forests and small neatly manicured hamlets with farmhouses built of teak and thatch.
Arriving in Matsumoto, I set off on foot alongside a river lined with cafés and boutiques where I found an excellent French-style boulangerie with cheeses, salads, crusty baguette and plump strawberries freshly picked from the mountainside.
Dominated by a large, turreted 1504-built castle that is surrounded by a moat, I climbed a series of steep stairs to the top for spectacular views of the compact city and snow-capped mountains beyond. That evening, I found Japan’s smallest home-cooked Indian restaurant where the owner, Indoyama, told me that as a vegetarian, it was either open a restaurant or return to Rishikesh.

Boasting of spectacular mountain scenery, Takayama is one of Japan’s favourite destinations, with its cobbled streets lined with Edo period merchant’s houses, Buddhist temples and museums. Famous for its prized Hiba beef, Soba noodles and souvenirs, the morning market sells more trinkets now than fresh produce, particularly the traditional lucky charm of a red monkey baby.
Infrastructure excels in Japan making travel easy. On arrival at Kanazawa and after exiting the futuristic train station, I was handed a map and directed by English speaking guides to a public hop on/hop off bus that took me to the narrow streets of samurai and geisha districts, Buddhist temples, museums, a castle dating to the 17th century and Kenroku-en, ranked as one of Japan’s most beautiful gardens. While here, I was initiated in the traditional tea ceremony at the tranquil Shigure Tei Teahouse, a haven of serenity.
Hiroshima is a pleasant city with a tragic past. The area where the memorial park lies was ground zero for the atomic bomb that devastated the city during World War II. Nearby, Miyajima is a small island with the oft-photographed vermilion Torii Gate. Sacred Mount Misen is covered with forest, pagodas and temples including Daisho-in, where prayer is accompanied by loud rhythmic Taiko drumming. Shops offer local delicacies including sponge cakes filled with sweetened red bean paste called momiji manju, oysters and eel.

In Nara, the temples were overwhelming. The great temple of Todai-ji, dating to 710AD, is the largest wooden building in the world. At the centre is a Buddha statue made of cast bronze plated in gold. In the ancient neighbourhood of Naramachi, there are cafés, boutiques and traditional ryokans including the Ryokan Sakuraya, set around a garden courtyard with dividing walls of paper. Even tip-toeing echoed, and I didn’t dare move.
A bustling major port and mercantile centre, Osaka is Japan’s third largest city. At funky Amerika Mura, an enclave of hip offbeat shops with dazzling neon lights, girls cycled by wearing fairytale costumes, golden locks and cosmetically enhanced faces while young men with slicked back hair stood on street corners. The area around Dotombori is lined with spruikers, pinball parlours and love hotels, while Ebisubashi, an eight-block-long covered shopping arcade, has dog patting parlours and pet shops where a small poodle tore at its frilly dress with sequins. Modern Japan delivers large doses of unreality.

My final stop was the trip highlight. Settled in the 7th century, Kyoto is surrounded by mountains, and located on a steep incline with cobbled streets that follow the contours of the landscape. Japan’s rich cultural heritage and natural beauty is everywhere, the city having a staggering 17 UNESCO World Heritage sites with castles built by Japan’s great warlords, 1600 Buddhist temples and 400 Shinto shrines. Perhaps the most exquisite Sanjusangen-do Hall is the longest wooden building in Japan at 120 metres containing 1001 life size gold statues.
In the quarter of Gion, dating to the 17th century, geishas wearing intricate kimonos and painted faces glided gracefully by. Nearby at Sannenzaka and Ninenzaka, areas with old wooden houses, tea houses and restaurants, narrow streets were congested with tourists wearing rented kimonos and walking clumsily in wooden shoes, pausing for selfies. Of Japan’s 20 million annual tourists, most seemed to be here. Much quieter, the Path of Philosophy is a walk that meanders alongside a canal lined with cherry trees past temples and shrines.
On my final day, I visited Kamikyo-ku, an area where traditional crafts are still made by hand, the skills passed from one generation to the next including indigo-tie dyed cloth used for kimonos. I asked a young man who resembled Johnny Depp for directions. He was the owner of Aizenkobo where the indigo kimonos are made. He talked to me for a long time, explaining the dyeing process, showing me old photos of his father and grandfather and regretting that Kyoto’s traditional crafts were under threat. Months of painstaking work meant the items were prohibitively expensive, and only 5 families in Japan still made the indigo cloth. I ran out of time to visit the Imperial Palace but this chance encounter provided an insight into the Japanese character of looking to the future while tied to the past.

Getting there
Qantas, Jetstar, Japan Airlines and ANA fly to Tokyo or Osaka. Osaka is less overwhelming with a train to the city centre for 1,000JPY.
Getting around
Bullet trains are the most convenient way to explore Japan and a JR Pass is recommended. More affordable regional rail passes are also available. You must buy the JR Pass before you arrive in Japan. Once there, visit a JR office to have your pass validated and reserve your seats.

Where to stay
Backpacker accommodation is of a very high standard, offering free wi-fi, laundry, communal kitchen and dormitories often have privacy curtains. Recommended are Matsumoto Backpackers, Rickshaw Inn in Takayama, Hana Hostels and J-Hoppers. Affordable Japanese hotels including Toyoku-inn offer tiny spotless rooms with every conceivable convenience. Ryokans provide an insight into the Japanese lifestyle.
Where to dine
Within train stations you will find supermarkets, bakeries, cafes and restaurants selling noodles, sushi and other inexpensive meals. Food prices are comparable to Australia though serves are small. Well provisioned 7-Eleven stores are everywhere. Vegetarians will find sourcing food challenging since fish paste is used extensively. Recommended is Doon Shokudo Indoyama in Matsumoto for excellent veg curries.
What to buy
Clothing and traditional crafts including lacquerware, pottery, porcelain and silk.
Insider tips
The infrastructure in Japan is staggering. Everything is spotless, safe and efficient. Train stations have tourist information centres with helpful staff and maps. Bring a wheelie bag as footpaths are in excellent shape. Most cities are compact and ideal for walking. Even outside off-peak season Japan is crowded. Arrive at major sites early or just before closing. Entry fees add up so be selective. Carry lots of cash and a cash card (7 Eleven ATMs don’t charge a fee) as credit cards are not widely used. Change the money before you go as the exchange rate for AUD in Japan is very low.