How travel broadens your mind 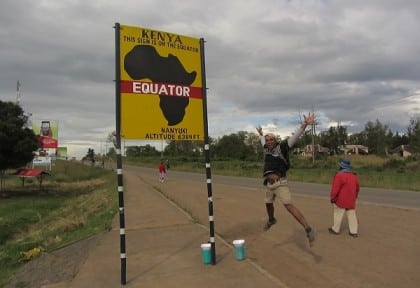 Several years ago Indian Link featured Kynsléy Nazareth, a young Indian Australian couch surfing across the world and blogging about it.
Nazareth’s writing based off his travels have now gone beyond cyberspace and into print, with his maiden book, aptly titled What Lies Beyond.
Nazareth’s experiences as an Indian backpacker travelling the world are refreshingly different from most travellers, as he makes off-beat observations and travels to places that many people don’t even know exist.

What’s even more remarkable in the book, is Nazareth’s hunger to find parallel cultures around the world.
Brought up as a Goan-Mumbai Catholic boy in western India, Nazareth admits he felt like a fish out of water. Mainstream Indian cultures were a radical departure from what he saw and experienced in his Goan-Mumbai Catholic community.
He explains, “We spoke English fluently at home and outside, and my parents justified it as the most widely spoken language in the world. This stood in contrast to the various Indian languages spoken on the street and elsewhere in India. As a quiet and shy child I never spoke his mind, but I was always secretly fascinated by what was going on around me. Such as, why our names are Portuguese or British, or why our women wore dresses, whereas Hindu and Muslim women wore sarees, salwar kameezes or burqas.
I wondered why my mother almost never wore traditional Indian clothing! It seemed as though our Goan-Mumbai Catholic cultures were essentially a parallel society to India’s more mainstream cultures and as an adult, still intrigued by these differences, I went searching for answers to Portugal.”
It turned out, it was like going back to his roots.
“I found many similarities between the Goan-Mumbai Catholic customs and the Portuguese. I also made many interesting discoveries regarding our culture, and drew conclusions as to why the Goan-Mumbai Catholic community was different and essentially a parallel world to mainstream India.”
Nazareth’s What Lies Beyond canvasses other fascinating and curious bits of information about the world and the people that live in it, all while travelling rough.

He comes to understand that the best way to unearth the true culture of a place is to be open to the road. He lives with local people everywhere and hitchhikes to get from place to place, sometimes travelling with a cocktail of personalities. He does a stint at a farm, dives into dumpsters for his food and at one point, joins two other young men in asking local stores for free food.

He discovers a place where people meet with the intention of feeling sad together, even when there is no reason for their sadness. He even attends a wedding event where the bride is not present.
He discovers a baffling and gruesome underground world, some of which involves animal brothels in Germany. While in one place, two women broke out into a fight regarding who was taking him home, at another he was mistaken for a paedophile!
The book has been a labour of love for Nazareth and he’s worked at it for around six years. He’s written about 31 countries, including India and Australia. He experienced several challenges during this time, including the death of his mother. Nevertheless, he kept chipping away at writing and completely gave up his social life over the past year to complete the book.
The travel as well as the reflections afterwards have brought broad insights in this young person’s mind about his own origins. Nazareth has truly delighted many Indians by including Goan-Mumbai Catholic culture as one of the unique and curious cultures of the world. He has credited the almost-unheard-of community and vividly brought to life the many splendours of its heritage.
What Lies Beyond has been released globally so the stories of the community can be heard far and wide. After all, special experiences do lie beyond the everyday.