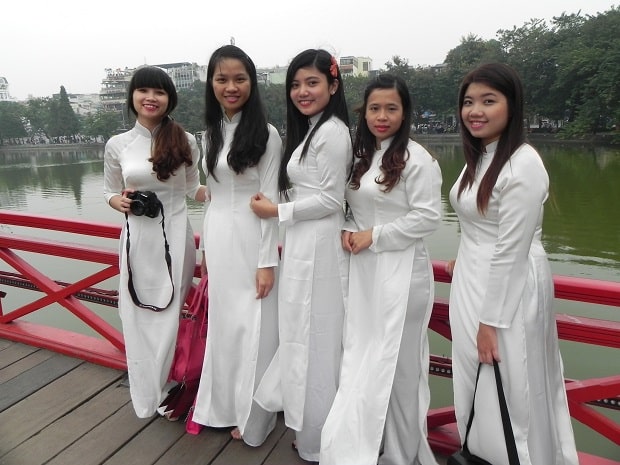 “See the full bloom of life there; feel and even touch it!” said Hang, my Sydney-based Vietnamese friend when I mentioned that I would be travelling to Hanoi. Honestly, I didn’t understand the essence of his statement until I arrived at the Noi Bai International airport after a pleasant journey with Vietnam Airlines.

It was around 9pm and after almost 12 hours in an aircraft I was naturally tired, but the welcoming atmosphere at the airport immediately stole away my weariness. The din and bustle bursting from the large mass of humanity worked like a tonic to revitalise me. I walked through this energy of life and soon discovered that the capital of the world’s 14th most populous nation never seems to rest.

As we drove to our hotel, the streets were still crowded with heavy vehicular traffic, public buses were packed, wayside shops continuing with their business and street markets buzzed with activities.

We passed through a lakeside area where the atmosphere is like a carnival. The young and old, couples and families were on the street enjoying the late evening coolness while eating pho, licking ice cream, gulping down chilled drinks which could be cola or beer from street vendors, with children pestering their parents to buy some more balloons or another toy. Yes, I saw ‘life’ out there, bubbling in full force even on an ordinary weeknight.

Bubbly scenes were repeated as we sped through other quarters. They all appeared interesting and were intensely pulsating with people engaged in talking, flirting, appreciating, rejecting, touting and persisting, all of their actions interwoven with joy and laughter, sorrow and anger, and perhaps some piety and sins as well.

Somehow, connecting with this flow of life peppered with real human behaviour and emotions, made true Hang’s definition of ‘feeling and touching life’.

Hanoi is a small city of wide tree-lined boulevards, expansive lakes, wrinkled colonial buildings and gracious squares, all crammed with people experiencing the ups and downs of life, day and night.

Our destination, the plush Melia Hotel was located close to Hoan Kiem Lake and with a local friend, we meander along its banks almost at midnight. Surprisingly, the quarter was still throbbing with young couples romancing, seniors strolling and a few like us relaxing on a lakefront bench to enjoy the mood. Sitting there, I affirmed that the heart of Vietnam keeps beating day and night, like any living creature.

When I returned early in the morning, the lakeside domain transformed into an open air gym with a myriad of locals engaged in activities ranging from aerobics, tai chi and yoga, to jogging, walking and playing badminton. The entire atmosphere was very inspirational; I instantly felt like doing something to charge the mind, body and soul.

As the sun continued to rise, the streets were swarming with early morning office goers, school children and people hungry after their workout, sitting on plastic stools around cauldrons of steaming broth and other homemade treats for breakfast, as the city prepared itself for another day from dawn to dusk.

Hoan Kiem Lake is one of the star exhibits of Hanoi. Legend says that the 15th century Vietnamese Emperor Le Loi received a magical sword from heaven to keep foreign invaders away. While boating in this lake one day, a giant golden tortoise suddenly sprouted out from the water, grabbed the sword and disappeared into the depths of the lake. Since that time, the lake is called Hoan Kiem, meaning the ‘Lake of Restored Sword’. A dilapidated pagoda called the Tortoise Tower, stands in the middle of the lake to commemorate that event.

Every visitor hears this story from guides and friendly locals (many can converse in English now) who visit the Ngoc Son Temple on a small island in the lake using the famous red arched Sunbeam Bridge. It is a great spot for relaxing, but huge crowds gather to check the embalmed remains of a giant turtle of the species said to still inhibit the lake.

It’s not an exaggeration to say that the city’s heart beats around this area that is surrounded by hotels, cafes, shops and newer office blocks, where the energies of modern Vietnam are being created and stored. Most of the city’s major tourist icons are not far from here; if energetic, you can explore them on foot, or else take a cycle rickshaw called ‘cyclo’ to your destination. If you’re feeling brave enough, jump on to a motorcycle taxi that will weave its way quickly through clogged traffic on the city’s streets.

If you ask any local what to visit in Hanoi first, they will all direct you to the Mausoleum of Ho Chi Minh, who is venerated with equal respect as Gandhi in India or Mao in China. Following the traditions of Lenin and Mao, after his death in 1969, the great leader’s body has been preserved in a coffin and set deep inside a colossal edifice flanking the Ba Dinh Square, similar to to the Red Square in Moscow or Tiananmen Square in Beijing. Here in 1945, Ho Chi Minh publicly read out Vietnam’s Declaration of Independence, though he had to fight for several more years to obtain full freedom from the French colonial rule in 1954.

Legacies of the French are evident in many of Hanoi’s colonial buildings; most haunted by tourists from a large selection are the St Joseph Cathedral, the former Presidential Palace and the Opera House at the steps of which I observed newly married couples lining up for photo sessions, following an old French practice.

Another great quarter where you can experience typical Vietnamese characteristics and may be able to touch life is at the city’s old quarter which presents an intricate web of activity, vivacity and colour. In the 15th century there were 36 short lanes, each specialising in a particular trade and representing one of the 36 guilds like Phuong Hang Bac and Phuong Hang Dao, meaning thoroughfares for silversmiths and dyers respectively. Now things have changed, but there are still alleys specialising in particular products from shoes and bags to homeware and baskets.

As I meandered from one motorbike-crammed street to the other, I glimpsed a full exposure of life. The constant humming, at times peaked with roars of hilarity, shrill cries and even heated words throbbed in my ears, while the smell of incense wafting from store-side shrines, combined with the aroma of street food to assault my olfactory senses.

Exploring the city means watching and feeling all of the intimacies that life bestows. I came across loud street vendors, gossiping women, playing children, crying toddlers, giggling youngsters, arguing men and idle elders sitting on milk crates under the shade of a tree, in the company of a lazy dog or cat. Irrespective of what each of them were doing, they were all naturally engaged with the blessings of life in some form.

What surprised me the most was finding two-middle aged men concentrating over a chessboard in the middle of a noisy setting, as if nothing else in the world mattered to them other than their bishops or knights. It seemed as if the two were well contented with the way life has treated them. Watching them completely absorbed in their play, I wondered if touching them would be one of the ways of truly touching life!

Located close to Hoan Kiem Lake and the old quarter, Melia Hanoi (www.melia.com) is an abode of luxury available at a reasonable price.