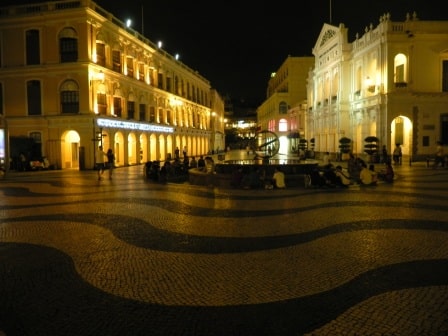 Travel Notebook
Getting There
One option is to fly Cathay Pacific www.cathaypacific.com.au to Hong Kong and then take the fast ferry from the airport. However, if you are staying in Hong Kong, ferry services depart from Shun Tak Centre Terminal in Hong Kong Island, or from China Ferry Terminal in Kowloon. Turbo Jet www.turbojet.com.hk offer services almost 24 hours a day.
Accommodation
Experience the glamour of Macau in style at Sofitel Macau www.sofitel.com located, amidst the charms of the Macau’s historical quarter.
Eat
Restaurante Litoral www.ristaurante-litoral.com for Macanese dishes, Restaurante Espaco Lisboa for Portuguese delicacies and Indian Spice www.indianspicemacau.com for curry specials.
Cultural Show
Ranked as Asia’s most extravagant live production, House of Dancing Water is a breathtaking water based spectacular show, based on seven emotions from Confucian beliefs.
Visa
Australian passport holders will receive a visa on arrival.
Currency
Macau Pataca (MOP$): 1AUD = 8 MOP (at time of print)
More Info
www.macautourism.gov.mo