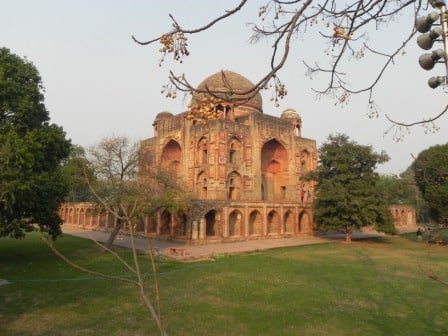 “Welcome to Delhi!” says the smiling officer at the Indian capital’s new international airport.
Being unused to receiving such a convivial reception from Indian airport officials, I was surprised as I walked into Delhi after a gap of 15 years, and guess what? More surprises awaited me as I walked out of the airport with my luggage within just twenty minutes after landing! While experiencing difficulty absorbing this massive, but positive change, it made me wonder for a moment if Delhi airport was in some sort of performance competition with its counterpart in Singapore?
Yes, India is changing as fast as one of the most progressive nations of the world. And there are many signs of this in the capital, from the ultra modern international airport, and the efficient metro railway system, to a galaxy of glittering shopping malls, five star hotels, high-rise office blocks, and modern residential condominiums crowding every corner of this ever-expanding metropolis. And that’s not even mentioning the Mercedes, BMWs, Hondas and Toyotas, all manufactured in India, which fill the road space, while hoards of Nokia and Sony products draw consumer attention, and fast food outlets of McDonalds and KFC continue to surface on every corner.
However, my mission to the thousand-year-old city this time is more to discover its glory filled antiquity, rather than savouring its 21st century attributes. So I set out for a hands-on experience with history with the help of my omniscient companion Asif Hussain from Secrets of India, a Delhi based tour operator specialising in unfolding hidden treasures of an enriched land to visitors.
Delhi is often referred to as a City of Cities because today’s metropolis boasts of an ensemble of seven historic settlements, each built and developed by conquerors from central Asia who, since the 11th century, were attracted to this land by its amazing wealth.
The first city surfaced in 1192 when Qutbuddin Aibak established Qila Rai Pithora, around today’s Mehrauli Park, as the capital of the Mamluk dynasty. The most important archaeological remains from that period is the red sandstone built 73 metre high Qutb Minar. Undoubtedly this World Heritage site is the most tourist-infected one within the city, and the setting and architecture of this soaring monument won’t disappoint anyone.
Not far from here is Jahanpanah, the fourth city built in 1325 by Ghiyasuddin?s successor Muhammad-bin-Tughlaq. Nothing much remains of the old colony and now the main attraction of the locale is the imposing Begumpuri Mosque featuring 44 domes, 24 arched openings and an imposing doorway.
The Mughals, like the Ottomans in Turkey, Safavids in Iran and Tudors in England, were one of the greatest medieval dynasties. They introduced a stable political system in India, patronised art and culture, bequeathed the land with architectural splendours and made Delhi famous to the world. Their legacies are evident throughout Delhi from several thoroughfares named after the Emperors such as Akbar Road and Aurangzeb Road, with every quaint quarter sprinkled with forts, bazaars, monuments and tombs testifying to the brilliance of period architecture, to museums packed with their memorabilia. There is even a Mughal Garden inside the British-built Rashtrapati Bhavan and the Presidential Palace at Raisina Hill. As I go through some of these memoirs, Asif aptly titles this part of our journey as Walking with the Mughals.
Unquestionably, Shahjahanabad has been considered by historians and ancient travellers alike, as the grandest of all of Delhi’s ancient cities. Built around 1638, it was surrounded by a massive wall with 14 gates to access the city of which three: Delhi, Turkman and Ajmeri, still exist. A graceful and highly cultured lifestyle was nurtured by merchants, traders, courtesans, artists and poets living in the lanes and alleyways of the walled quarter. Wandering through these gives us a sense of enrichment, while imagining its vibrant and colourful past. The shops and bazaars alongside Chandni Chowk (which was originally designed as a wide boulevard, but is now heavily crowded with pedestrians and all sorts of vehicles) and those surrounding the Jama Masjid still retain some of the Central Asian souk-like atmosphere. And the Red Fort which stands as a silent witness to many episodes that fill in the pages of Indian history, still draws large numbers of visitors each day to view its Royal Quarters.
The misty air of Shahjahanabad is flavoured by the irresistible aroma of Mughlai food. Asif takes me to Karim’s, one of Delhi?s oldest and most authentic eateries for sampling recipes that have descended from the kitchens of the Mughals. While sampling mouth-watering kababs, biryani and korma, Walking with the Mughals ends for me in a gastronomically enjoyable fashion, akin to Eating like the Mughals.