Crowning glory at the crossroads 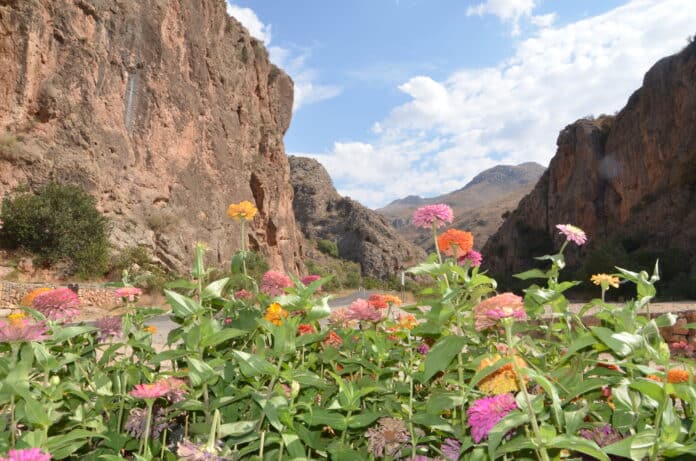 Reading Time: 6 minutesLocated at the border of Europe and Asia, the underexplored Caucasus region is a richly rewarding travel experience

Often perceived as remote and mysterious, the Caucasus region has so far been neglected by the tourism sector, but this scenario is rapidly changing. Discerning  travellers from around the globe have started pouring into this quarter, a crossroads between Europe and Asia but very different from both. Rich in history, nature and authentic culture, a journey through this ancient land, which links the Black Sea with the Caspian Sea, is richly rewarding.
Dwarfed by the majestic Caucasus Mountain range, the Caucasus region bordering Russia, Turkey and Iran, today primarily comprises three countries, Azerbaijan, Georgia and Armenia. The domain may have formidable mountain barriers, but it also contains an expansive swath of valleys which once formed an important trade corridor, now a major oil-pipeline route.
The three countries feature geographically similar landscapes and share former Soviet era legacies with each nation being part of the former USSR, but otherwise each nation is very different in character, economy, lifestyle and even in religion and politics.
Azerbaijan, which is an enemy of Armenia because of long-drawn border disputes, is a Muslim country, while the majority population of the other two nations are Christians. Each has country has its own charms and there is opportunity to sample some of them while spending generous time in each of the capital cities – Baku, Tbilisi and Yerevan.

Glittering Baku
A British travel writer once dubbed oil-rich Azerbaijan’s capital city Baku as “Dubai of the Caucasus”. It’s hard to disagree when looking at the city’s skyline, dominated by endless skyscrapers, some crowned with gleaming glass towers or rotundas.

This ancient city, which changed hands several times between Persia and Russia, became globally prominent during the mid 19th century when oil drilling in Azerbaijan was commercialised. This led to a massive influx of entrepreneurs from Russia and other parts of the globe to Baku, including the well-known Rothchilds and Nobels being among them. The oil barons built a new city in grand European style with opulent palaces, mansions, theatres and opera houses surrounding the sleepy old quarter. Progress paused during Soviet era, but has launched again since independence in 1991. This time 21st century modern attributes bridge the world of antiques wonders.
The key attraction in Baku is the Old City, a World Heritage site hemmed in by  the walls of a medieval fortress which houses 15th century palaces, mosques, mausoleums and traditional markets. From the top of the old stone tower, a great view of the entire city and the Caspian Sea is available. Azerbaijan is famous for carpets and a visit to the Carpet Museum is worthy. After sundown Baku is magically illuminated, particularly the Fountain Square area where locals gather to shop, eat and socialise.

Scholars claim that Azerbaijan is the birth place of fire-worshipping Zoroastrians. The Atesgah Fire Temple, around 30km from the city-centre, stands on the site of a natural gas vent that was sacred to Zoroastrians, but the edifice that stands today is said to have been built by Indians living there during early 18th century. Many inscriptions in Sanskrit bear testimony to this notion.
Modest Tbilisi
Georgians are well known for their love of drink and partying. Legend says when God was distributing land among the people from all over the world, Georgians missed out being too busy carousing. But after they invited the Creator to the party, he enjoyed himself so immensely that he gave them the choicest spot on earth he had originally reserved for himself. Edged by the snow-capped Caucasus Mountain on one side and the Black Sea coastline on the other, and with lush green spreads in between, Georgia is truly beautiful. Like Kerala, it can aptly claim to be “God’s own country”.

The nation’s fascinating history reveals a mixture of influences from Turkey, Russia, Persia and Central Asia, deeply reflected in its culture, cuisine and architecture. Much of it can be experienced in capital Tbilisi, an old leafy settlement centred on the Mtkvari River.
The Old Town, where Tbilisi began its humble journey, is the most captivating quarter to explore. It’s strewn with centuries-old central-domed churches, mosques, and synagogues, sulphur baths, which made an impression on famous writers like Pushkin and Dumas, and a fortress displaying Tbilisi’s defensive brilliance.

The best of atmospheric Old Town is captured when wandering through its maze of twisted, cobblestoned alleyways full of hidden courtyards and 19th century houses fitted with multicoloured and highly ornamented wooden balconies, some stretching  at jaunty angles. In between these houses are small cafes and wine shops where elderly locals are ready to narrate stories from the Soviet era when one of Georgia’s most famous sons Joseph Stalin ruled their land from nearby Moscow.

Enigmatic Yerevan
From a touristy angle, Armenia is regarded as the jewel in the crown of Caucasus. It’s from here you can glimpse the legendary Mount Ararat, said to be the final resting place of Noah’s Ark. Full of Biblical stories, the land abounding in exotic nature of wild mountains and flourishing valleys is the first Christian country in the world, with several ancient monasteries and churches standing as testimony of this belief.

Armenia has long had a connection with India. Long before the Portuguese, Dutch and the English landed in India, many Armenians moved to India for trade and their settlement peaked during the 17th century, particularly in Kolkata and Chennai. There are still Armenian churches and cemeteries in these two cities with streets and bathing ghats on Hooghly River in Kolkata named after Armenia. This long term bond places visitors of Indian origin in a welcoming environment among the locals, as without fail the elderly reminisce about Raj Kapoor films and songs they watched and listened to during the Soviet days. Buskers on streets playing piano accordions will invariably play “mera juta hai japani…but dil hindustani” as soon as they see someone like me passing by.

Among the three Caucasus capitals, Yerevan displays the most Soviet legacy, overtly evident at the Republic Square where the city’s heart beats. Formerly called Lenin Square, the domain is encircled by an ensemble of grand buildings like the National Art Gallery and the History Museum, where Stalinist scale meets Armenian style in huge yellow and cream edifices overlooking blooming flower beds sprinkled with water from rising fountains. After sun down the brightly illuminated precinct becomes like a carnival site with locals and visitors, surrounding cafes, bars and restaurants all extremely busy serving a range of cuisine and beverages to add to the mood.
Christianity arrived here not long after the death of Christ. Over time the rulers of the land built several cathedrals and monasteries. Most of them have a conical roof resembling Mount Ararat. The history, architecture and scenic settings of these shrines stand today as a major tourist drawcard for the sites of Yervan, the Echmiadzin Cathedral, better known as Mother Cathedral of Armenia, KhorVirap Monastery and  Geghard Monastery
No visit to Armenia is complete without tasting its famous brandy. It’s said Churchill liked it so much that Stalin used to gift him several cases every year. Many jokingly question if that was any reason for the Soviet- English alliance during World War II!

TRAVEL NOTEBOOK
Getting There
Fly Emirates (www.emirates.com) to Dubai and then Fly Dubai (www.flydubai.com) to Baku and return from Yerevan. Fly Azerbaijan Airlines (www.azal.az) from Baku to Tbilisi and then by road from Tbilisi to Yerevan.
Where to Stay
Central Park Hotel (www.centralparkhotelbaku.com) in Baku, Sharden Hotel (www.hotelsharden.com)in Tbilisi and Ani Plaza Hotel (www.anihotel.com) in Yerevan.
Eating
The cuisine has Middle Eastern influences; varieties of meat kebabs, pilaf and bread are common. Indian restaurants are there as well with Taj Mahal in Tbilisi and Veda in Yerevan popular among visitors and locals.
Visas
Australian passport holders do not require a visa to enter Georgia. For Armenia visa on arrival is available at the airport and road entry points. For Azerbaijan, visas are  available electronically by applying through Azerbaijan Ministry of Foreign Affairs.