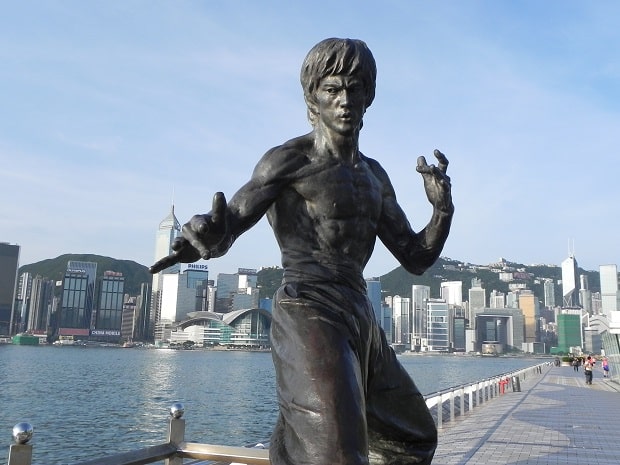 Hong Kong is a growing commercial capital, but traditional heritage and cuisine are existing links to its past, writes SANDIP HOR

After a gap of 25 years, I stepped into Hong Kong expecting lots of changes particularly with the island nation becoming part of China in 1997, ending its century old British colonial rule.

“The political shuffle hasn’t changed much of region’s character and you will see it yourself,” said Sam, a Hong Kong businessman sitting next to me in the plane. “Hong Kong still brings the best of East with West, and after the changeover it still presents a westernized face, but of an ancient civilisation.”

As I began the rediscovery of Hong Kong and its sister Kowloon, it didn’t take much time to realise what Sam’s message had been. Yes, the Union Jack has been replaced with China’s Red Flag, but its British heritage hasn’t been totally lost. That’s why the eminent statue of Queen Victoria still graces Victoria Park, the former British Governor’s House has become home of the current head of state, and the names of many roads and sites like Robinson Road and Admiralty have remained unchanged, a reminder of the colonial legacy. Similarly on another front, ducks bursting their neck (NOT SURE WHAT THIS MEANS, HANGING BY THEIR NECKS? MAY BE LESS GRAPHIC TO SIMPLY SAY ‘hanging..’) in restaurant windows, fortune tellers touting within temple premises, laundry hanging from apartment balconies and old fashioned wooden boats floating in the harbour haven’t disappeared from the scene at all.

So as Sam claimed, the city’s character hasn’t been tainted much, but this doesn’t mean that there haven’t been any changes. According to a taxi driver, the transformation has been very aggressive in the last two decades, but more towards scaling up the city’s contemporary lifestyle elements and infrastructure. More towering skyscrapers, more hotels, cafes and bars, more ultramodern fashion outlets, an expanded underground rail system and abundance of 21st century attributes in every direction, testify to his statement. “But the city’s inner soul is still the same,” he stated while dropping me at my hotel, the Kowloon Shangrila Hotel, which continues to be a long-time sanctuary of luxury alongside its big brother, Island Shangri- La Hotel on the Hong Kong side.

Hong Kong welcomes over 40 million visitors annually. Some of them are business travellers, but a majority are leisure-oriented who are drawn to this vibrant city for its endless shopping, adventurous eating and finally, to immerse themselves in a lively atmosphere. That routine hasn’t changed at all; rather it has become more energised with an increase in people and technological upswings.

Glittering malls and local street bazaars dominate the shopping arena, both heavily crowded with locals and visitors carrying bags with merchandise ranging from voguish apparel, trendy leather goods, fashionable jewelleries and the latest electronic goods, to cheap and counterfeit, but still dazzling products from China. The old and famous Harbour City mall at the waterfront in Kowloon with its 450 shops still remains a haven for buyers, while the old Sogo Departmental Store and a new setup at Time Square at Causeway on the Hong Kong side, has blossomed into the ultimate shopping landmark.

I always prefer the open-air markets for hands-on encounters with locals. Hong Kong and Kowloon have several, some themed such as the Flower Market, Jade Market, Gold Fish Market and the Birds Market, while the Ladies Market open to all is great for buying good quality clothing, and the Temple Street Night Market is open till midnight to pick up last minute bargains. They all exist and assaulted my senses the same way as they did 25 years ago.

The city’s food panorama hasn’t changed either; rather, it has become a bit more stylish. The city boasts of over 10,000 restaurants, flagging the fact that nobody eats at home. Right from the early hours of the morning till late at night, street stalls are packed with people eating congee, rice noodles or rice served with generous helpings of meat, seafood or vegetables. The style of the cooking is mainly Cantonese, and the quality of the food is extraordinarily good.

This time I commenced my culinary experience at the high-end with meals at the Michelin two-star Shang Palace at Kowloon Shangri- La Hotel and Lobster Bar and Grill at the Island Shangri- La Hotel, both of which evoke in me the grandness of gastronomy. I took this mouth-watering feeling to some of the city’s other food outlets along Nathan Road in Kowloon and in the Central District, Causeway Bay and Wan Chi on the Hong Kong side and once again affirmed why this ‘neon-city’ is often called the culinary capital of the world.

Though retail therapy and food sampling are ranked high in order, don’t totally ignore savouring some the city’s other appeals that can be equally fascinating; hiking up to the top of Victoria Peak for a spectacular island view, rediscovering Hong Kong through the windows of a double-deck tramcar and cruising the grand Victoria Harbour are the few considered as ‘must do’.

On my last visit I enjoyed trundling along the Tsim Sha Tsui waterfront promenade, where the historic Clock Tower has been keeping an eye on everyone since 1915. I went back there again and saw the new addition – the Avenue of Stars, modelled on the Hollywood Walk of Fame. With commemorative plaques, celebrity handprints, descriptive milestones, movie memorabilia, a life-size statue of kung fu action hero Bruce Lee and a bronze rendering of popular cartoon character McDull, the Avenue of Stars fittingly sets the glamour of Hong Kong’s film industry against the captivating dazzle of Victoria Harbour.

While watching the afternoon buzz at the Star Ferry terminal at the end of the promenade that operates the Hong Kong-Kowloon services, I confirmed that despite changes, this gem of a destination still retains its irresistible charms.

Getting there –One option is to fly Cathay Pacific (www.cathaypacific.com/au) to Hong Kong

Accommodation – Stay at the Shangri-La Hotels (www.shangri-la.com). They have two properties –Kowloon Shangri-La in Kowloon and Island Shangri- La in Hong Kong Island. Reasonably priced, both are the epitome of luxury, conveniently located close to iconic attractions, shopping and public transportation. The services offered are par excellence and dining options are a landmark feature.

Getting around – Metered taxis are cheap and easily available, however using the efficient underground rail system (MRT) is the best option for fast and comfortable journey between destinations. The stations are well sign posted for visitor convenience.