Coast to coast by rail 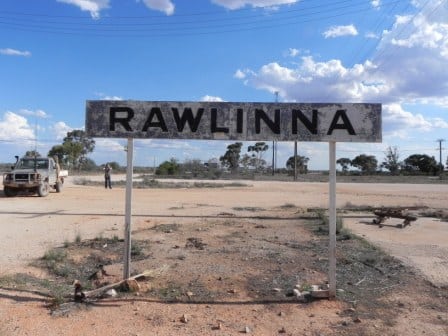 Reading Time: 4 minutes
A train journey on the legendary Indian Pacific from Sydney to Perth offers both history as well as beautiful landscapes, written by SANDIP HOR

Just before Christmas every year, Australian rail icon Indian Pacific becomes an Outback Christmas train, spreading the “festive spirit” across Australia covering the transcontinental distance of 4352 km from Sydney to Perth.
For Great Southern Rail, the owner and operator of this legendary train, the annual event is all about thanking the communities along the route for their long standing support. For us, on the other hand, it was about rolling in luxury for 65 hours with Santa Claus and singer Brian McFadden, the Irish born entertainer, on board, performing for his fans in free concerts at wayside stops.
Since colonisation, railway tracks in each Australian state oddly operated on different gauges which meant passengers traversing interstate had to change trains at the borders, making the journey inconvenient and time consuming. However history was made in 1970 when a single gauge track was laid between Sydney and Perth. Considering the distance and the rough geographical terrain in between, you will agree that this was an all-time great feat of engineering. And the date 23 February when the Indian Pacific made its maiden journey across the continent, will remain a red letter day in the annals of Australian Railway. There were huge celebrations along the way on this day, as the Indian Pacific emerged as a symbol of national unity connecting colonies of the east to the west. The name of the train comes from the two great oceans it links, the Indian and the Pacific.
It soon earned the reputation of being one of the planet’s greatest train journeys, providing a rare window into the outback of Australia: from the picture-perfect, lush green Blue Mountains, through the Great Dividing Range, to the salt lakes and sand dunes of South Australia and a passage over the longest stretch of rail track in the world that runs straight, the 478 km across the Nullarbor plain (Nullarbor in Latin means ‘no trees’).
We departed from Sydney’s Central Station at 3 pm and soon the concrete silhouettes were replaced by the shades of green with gum trees on the hillsides and rolling valleys of the BlueMountain region. By late evening, we reached Bathurst in the Central Tablelands of our state and witnessed the first concert of the tour. Brian and his guitarist Robbie were fabulous; within a short time they had the eagerly waiting audience engaged, a large fraction of whom were kids, equally anxious to shake hands with Santa and receive their lolly bag.
This is also an option at Don Bradman’s city, Adelaide which is dotted with colonial buildings, churches, gardens and cricketing ovals. In Adelaide, the concert was held at the Royal Flying Doctor Service (RFDS) hangar at the AdelaideAirport where we had the opportunity to hear some inspiring stories of how RFDS saves life and provides medical support in remote Australia.
As soon as the doors open at Kalgoorlie, many passengers rush to nearby Hay   Street lined with vibrant pubs where weary mine workers relax with a beer after a hard day’s work. Tours are available at this gold rich town too, where the discovery of the precious metal in the 1890s heralded a population explosion as fortune seekers from round the globe descended there to cash in on its natural bounty.
At Cook, once a thriving railway settlement, now one of the world’s most isolated outposts, passengers who can bear the extreme desert heat quickly surf through the scattered, lonely buildings, one of them being a wooden cell where prisoners awaiting death sentence were locked in.
The Watson stop, located in the middle of nowhere before entering the Nullarbor Plain, had celebrations of a different kind. Here the crowd largely comprised of indigenous people who had travelled hundreds of kilometres from nearby townships to get a feel of the forthcoming festive spirit. Many came the night before and camped. It was nice to see the children of the soil, many of whom did not speak any language other than their own, mingling with the big city dwellers as if some sort of magical reconciliation was taking place. Santa from the North Pole surely felt very hot in the desert temperature, but didn’t mind bearing the heat for a noble cause.
An odyssey with the Indian Pacific comes as a true discovery, with something new and diverse greeting your eyes the moment you throw open the window curtains. At one time it’s the greenery of verdant terrain, which is soon replaced by the spread of yellow grass followed by a red and barren panorama intermittently dotted with pockets of green shrubby. If luck permits you may spot outback wildlife – running kangaroos, resting emus and ferocious dingoes, even Arabian camels. Chasing the sun plunging into the western horizon becomes the highlight of the voyage as the changing colours outside from golden yellow and crimson red to light purple and grey became a feast for the eyes.
The three days of train travel is great to relax and charge your batteries. If at any time the panorama outside gets boring, you can bury your nose in a book or attempt to make new friends by socialising over a drink at the lounge, with fellow travellers from different parts of the world.
As claimed by many, train travel is all about the experience and after getting off at Perth I had no hesitation to give that notion a tick mark, adding the word ‘outstanding’ before experience.

TRAVEL NOTEBOOK
The Indian Pacific
Train Information Indian Pacific departs from both Sydney and Perth twice a week (during high season) and takes 3 days and 3 nights to reach end points.
Perth Information Western Australia’s dynamic capital city is a place to be seen. Stay at Medina Grand close to many of the must see and attractions
More Info
[geo_mashup_map]