Young boxer set out to displace MC Mary Kom in the Olympics squad? 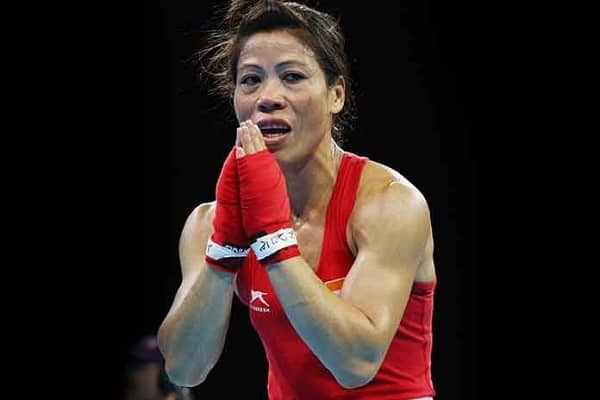 Noth East Rhinos’ boxer Nikhat Zareen drew from the reserves of her energy and skill to edge out Pinki Rani of the Bengaluru Brawlers in the women’s 51kg bout on the second day of the Big Bout Indian Boxing League (IBL) at the Gautam Buddha University Indoor Stadium here tonight.

The battle featuring the young boxer, who hopes to displace the legendary MC Mary Kom in the Indian squad for the Olympic Games, and her senior was bitterly fought. Pinki Rani gained the upper-hand in the first round, impressing the judges. That brought Nikhat Zareen under pressure and she responded well to rally to a 3-2 decision in the most eagerly awaited bout of the day.

Daksh and Laldin Mawia posted victories in the men’s 75kg and men’s 52kg bouts over Nitin Kumar and Ashish Insah to help NE Rhinos pull the rug from under Bengaluru Brawlers’ feet. Daksh was overwhelmingly dominant while Laldin Mawia claimed a split decision to be able to do a back flip after the verdict was announced.

NE Rhinos picked up their first point through Mandeep Jangra who marked his return to the boxing ring with a hard-fought split decision over Dinesh Dagar in the men’s 57kg bout. Mandeep Jangra, who has been away from the limelight for a while now, showed no signs of nerves as he let Dinesh Dagar tire himself and showed a keen understanding of the scoring system to win a 4-1 verdict.

With Reyal Puri, Simranjeet Kaur and Gaurav Bidhuri’s victories for the Brawlers left the NE Rhinos facing a tall order. Reyal Puri gave Uzbek boxer Ergashev Timor a bloodied nose in the second round of the opening bout to force the referee to stop the 91kg class contest.

The 2018 World Championship bronze medalist Simranjit Kaur dished out a few lessons to 19-year-old Jony in women’s 60kg clash while the seasoned Gaurav Bidhuri secured a split decision over the energetic and competitive Mohammed Etash in the men’s 57kg bout. But needing to win one of the remaining three bouts, Bengaluru Brawlers were unable to find a winning finish.

Predictably, the North-East Rhinos blocked the youth women’s 57kg bout that would have pit Arshi Khanam against Neha Kasnyal. The system of blocking a bout has been introduced in the Big Bout as a strategic element to increase the concept of team sport in what is essentially an individual sport. No team can block the same boxer more than twice in the Big Bout.