Why I love the AFL 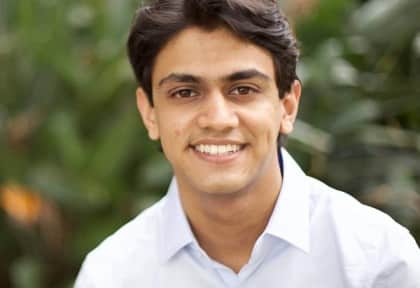 When I was about three-and-a-half years old, my brother insisted I start playing cricket. The drawcards were obvious. Skill, coordination, mass excitement and a playing culture second to none. Of course, being Indian ensured I was no stranger to the sport and always saw it is ‘our game’. So it came as a bit of a surprise when that very same brother of mine insisted I start watching another game entirely new to me.
The ball was red, and like in cricket, it also had stitches. Beyond that, the differences were obvious. Four goalposts on either side, a ball which looked like a red, elongated egg and absolute giants competing against one another which made me doubt whether this game would have its own “little” master. Aussie Rules Football and the AFL was undoubtedly a far cry from anything I was used to, yet it is has very quickly become my favourite sport.

Like most people, entertainment in sport stems from an ability to connect with the game, participate and witness human athleticism at its absolute elite peak. To me there is no other game that epitomises these qualities more than the AFL.

What appeals to me about AFL and why its players constantly have me in awe is the sheer athleticism required by each and every player. This sport is a massive, uniquely Australian spectacle showcasing peak human strength and competitiveness.
Think of every one of your favourite sports. Think of the sort of broad skills that are required to succeed in that sport. Throw them all in a blender and out emerges a game which puts each of these qualities to the test. Precise accuracy, technical finesse, strategy, strength, agility, massive leaps and mid-air screamers. Seriously, if you like the classic catches segment at every cricket match, you’re going to love AFL.

We often hear that part of the allure of sport stems from its ability to bring people from all walks of life together to celebrate a common passion. As someone who is Australian-Indian, the opportunity to celebrate and encourage diversity is something that is incredibly important to me, as I imagine it is with many of us. After watching a few games as a youngster, what developed my passion even more was the focus on diversity within the AFL itself.
That the AFL has specific Indigenous and Multicultural Rounds to promote the history and unique culture of Australia speaks for itself. But what’s more impressive and genuinely heart-warming is the AFL’s continued effort to promote wellbeing amongst minorities across Australia through its various grassroots sport and cultural development programs.

It’s this celebration of multiculturalism that makes this game truly Australian; a game for anyone from any background.

It goes without saying that ultimately, much of the enjoyment from sport comes from the excitement it generates. Picture this: The Sydney Swans are down by several goals throughout the match. In a last quarter blitz they snatch victory from the jaws of defeat. Or the Richmond Tigers, trailing for most of the game, kick a goal after the siren to seal a victory for the underdogs over Sydney. These types of matches occur on a regular basis where every team is in with a fighting chance. All this excitement across the year then culminates in a huge grand final which packs out the MCG and rivals the attendance levels of major sporting events like the Cricket World Cup and the Superbowl.


With a team for virtually every major city or state across the country, what are you waiting for? Get behind your team and join me for what should be an absolutely cracking 2017 season in the AFL!
To read Khushaal’s next article click here.
- Advertisement -
Share
WhatsApp
Facebook
Twitter
Linkedin
Previous articleI’m a big kid now
Next articleLighting lives in India