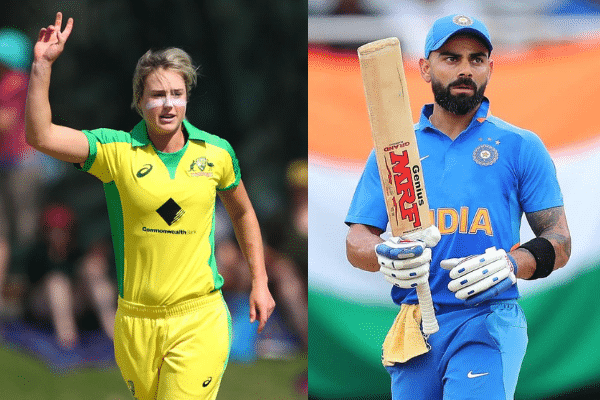 A nomination panel shortlisted the candidates based on their performances between January, 2011 and October, 2020 and the winners were decided by votes from fans and experts.

“I would like to thank my family, my coach, my friends, and all the people who have stood by me through this decade and the BCCI for giving me the opportunity to represent my country which has been a great honour for me to do so over all these years,” Kohli tweeted shortly after the announcement by the International Cricket Council (ICC).

While announcing Kohli as the winner, the ICC noted his cricket accomplishments in the last decade, including most runs in the awards period (20,396), most hundreds (66), and most fifties (94).

The awards mark a clean sweep for Perry, who won every award that she qualified for. Considered “the clear favourite”, she has scored 4,349 runs with four centuries and taken 213 wickets in all international cricket during the decade, also considered the most wickets taken by any player. She was part of the winning Australian women’s teams in the T20 Women’s World Cup in 2012, 2014, 2018, and 2020.

Meanwhile, former India skipper MS Dhoni has earned the ICC Spirit of Cricket Award of the Decade, an award that was voted entirely by fans. According to the ICC, more than 1.5 million fans voted from across the globe. Dhoni was given the award for his sportsmanship in calling back England batsman Ian Bell after a bizarre run out in the Nottingham Test in 2011.

Steve Smith was declared the ICC Test cricketer of the decade as the best overall performer. His Test accomplishments include 7,040 runs in the awards period, a batting average of 65.79, 26 hundreds and 28 fifties to his name. His competitors in the category included Virat Kohli, Sri Lanka’s Rangana Herath, England’s James Andersoon and Joe Root, New Zealand’s Kane Williamson, and Pakistan’s Yasir Shah.