Some grapevine about the world’s most popular T20 leagues. Disclaimer: Slight exaggeration likely 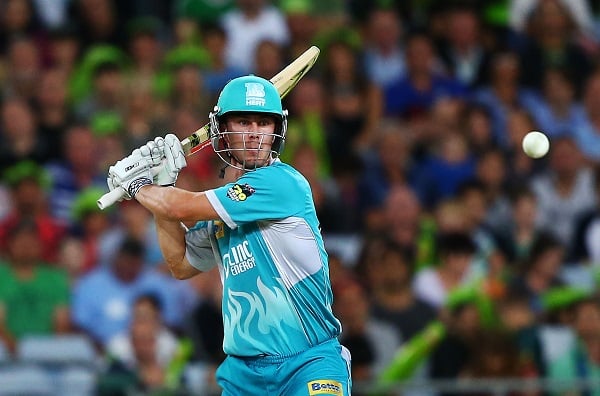 Reading Time: 4 minutesThere are more than half a dozen top-flight domestic T20 leagues around the world, jammed into the can of sardines that is the international cricket calendar.
We’re not suggesting there’s ever such a thing as too much cricket – statements like that are naturally against the law in Australia – but it’s very easy to fall out of the loop.
Luckily, our cricket boffins have kept their ears to the ground(s) to help you stay up to date with the latest developments in the T20 world.

Arguably the most competitive league in the world due to the evenness of the contest between bat and ball and the quality of the domestic talent, the city-based BBL replaced the state-based KFC Twenty20 Big Bash in 2011-12.
England and West Indies players form the bulk of international players available for selection for the BBL, which is now the second-most attended sporting league in the country.

The goss: Brisbane Heat batsman Chris Lynn is reportedly in talks with Cricket Australia to establish his own BBL franchise, as part of CA’s broader plans to expand the BBL competition.
As no player is actually worthy of playing under the Chris Lynn brand, the MCC is considering rule changes proposed by CA which will allow Lynn to bat 10 times and require opposition bowlers to bow to Lynn each time they approach the popping crease.
“CA has always put fans first. With such insatiable demand for Chris, and a timely oversupply of cricket balls, we couldn’t hold this off any longer,” said a CA official. The ‘Lynnsanity’ Chris Lynners franchise will debut in the 2018-19 season.

Money, money, money. Having bulldozed its way through countless scandals and conflicts, and having changed cricket forever, at the end of its first decade the IPL is already one of the most valuable sporting assets in the world, with the latest 5 year broadcast deal selling for over $3.3 billion.
The goss: IPL officials have privately expressed dismay at the league’s failure to commercialise more elements of the game. Leaked minutes of an IPL Committee meeting reveal plans to allow sponsors to bid for choreography rights to on-field player celebrations, as well as a suite of new naming rights.

“With so many events taking place within a game, we need to think beyond simply branding sixes in order to ensure that fans and sponsors continue engaging with the tournament,” said the IPL’s Chief Slogan Officer in response to the leaked document.
“For instance, fans are sick of the unoriginal fist-pump or arms aloft celebrations by players when they reach milestones or take wickets. For this reason, we welcome bids by our commercial partners to choreograph the physical actions of players at these moments. We will also be releasing a range of new naming rights for catches, run-outs, fours, threes and twos. However, the IPL values tradition and will not be releasing naming rights to a batsman’s singles at this stage.”

Established in 2013, the short and sharp CPLT20 is quintessentially Caribbean entertainment, drawing in large crowds of rum-drinking, reggae-loving fans across the island nations, with some matches also held in Fort Lauderdale, Florida.
The cricket is excellent, too, with the tournament earning a reputation for unearthing some seriously good, and endearingly raw domestic talent.


The goss: Despite a successful 2017 CPLT20, the West Indies Cricket Board (WICB) has announced an immediate end to the tournament, citing concerns that the CPLT20 has begun competing with the WICB in the entertainment market.
“The WICB has been committed to entertainment for over 20 years,” said a WICB official on the condition of anonymity.
“In fact, we have dissolved our entire governance and administration function to ensure we don’t stop delivering laughs to our biggest stakeholders – the fans. However, the CPLT20 has been grabbing greater market share in the entertainment market than was originally intended and is now cannibalising the WICB’s primary function. It is for this reason that we have made the decision to cancel the CPLT20.”

THE UP AND COMING

Other leagues too, have been carving out their place in the domestic circuit, with the fledgling Bangladesh Premier League and Pakistan Super League also attracting cricket’s most explosive hired mercenaries.
Whether the market reaches a point of saturation remains to be seen, but tonight’s job is simple: watch the cricket and make sure you don’t spill your drink if the leather comes hurtling