Playing games with the game 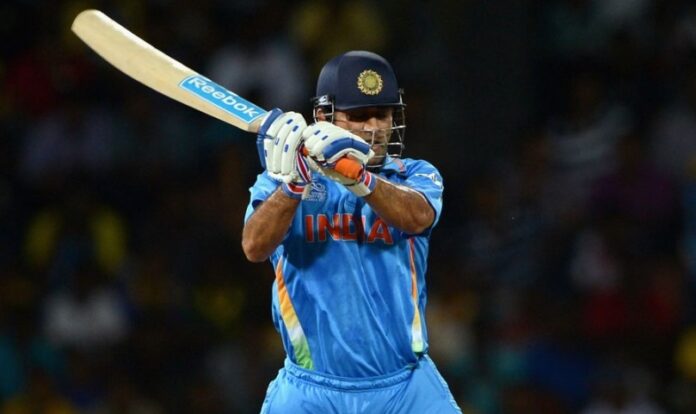 Reading Time: 4 minutesCricket has morphed from a prolonged gentleman’s game to a fast-paced, finance-friendly and techno-savvy sport

Cricket as a game is more than 200 years old and was originally played by British aristocrats who christened it the ‘gentleman’s game’.  It presumably never intended to acquire a global following or participation. But the best-laid plans go awry and it comes as no surprise that there were detractors who disliked the narrow limits drawn by the founding fathers of cricket.

Too testing!
In the early 20th century, even George Bernard Shaw could no longer associate himself with this exclusive preserve of the rich and the famous, and decided to call it a sport played by “22 flannelled fools and watched by 22,000 fools with nothing better to do”.  Until then, a great number of cricket games ended in a stalemate called a draw, with no winners or losers. Most critics of the game asked what the purpose of the sport was, if a test match ended in a draw after five arduous days of competing. Thanks to the well-known vagaries of the English weather, the game would be frequently suspended because of rain or poor light. None of this endeared the game to the spectators, who took refuge in saloon bars attached to cricket ovals.
In Europe and North America, cricket as a sport did not grow in popularity with Americans developing baseball, their home-grown substitute with similar characteristics. Most people in Europe saw cricket as a tired, dull and lazy pastime which was played over five days of action in slow motion.  The British therefore looked to popularise the sport within the Commonwealth, an extension of the Empire, and the game took root in South Africa, Australia and the Asian sub-continent.

Trite terminology
Consider the weird terminology associated with the game: fielding positions like silly mid-off or silly point, long leg, fine leg, square leg, gully, slips and cow corner, have a whiff of their colonial connection. There is little in the above that suggests a competitive angle or an attacking posture. That is, until Douglas Jardine, captain of England invented bodyline in the 1930s, instructing his bowlers to attack the Australian batsmen and aim at their bodies, rather than at the stumps as an intimidating tactic. Bodyline created much more than a storm in a teacup, leaving the Australians aghast. Cricket administrators hastily created laws to prevent intimidating bowling.

ODI emerges
In the 1970s, Australian business tycoon Kerry Packer created a fast and furious rival to test cricket that was short, sharp and guaranteed to produce a winner and a loser.  Inevitably the cricket establishment in England was scandalised, and refused to admit the renegade rival any official status. They dubbed Packer’s one-day carnival of cricket as a pyjama game since most of the players and officials were attired in coloured clothing which endorsed commercial sponsors. Packer however, by enlisting leading cricketers, made the game a professional sport overnight. More importantly, with just 50 overs for each side, the game was over within a day or night. One-day cricket is now played in the wee hours of the evening in a floodlit stadium. It has also become very watchable and ensured good gate money for the benefit of players, officials and cricket administrators. The top levels in cricket hierarchy eventually joined the bandwagon. Money power was well and truly made available to the game, but also commercialised within a short span.

Fast and furious
In the new millennium, further innovations have created a hybrid that lasts only 20 overs for the competing sides, requires supreme fitness of players and is supported by latest technology with several different camera angles and a spider cam to boot, that hovers above cricket ovals like a low level satellite. Technology has given new armoury to cricket umpires in the form of snicko, hot spot and the stump cam among others, that enables them to hear even sighs and whispers of those in the field of play. Action can be endlessly replayed instantly for lovers of the game, resulting in public scrutiny of every shot. The game has been revolutionised to the point of bringing a lot of positives and negatives to the repertoire, with the objective of bringing in a full house of spectators and advertising revenues. In global terms, Twenty20 has the hype of a Superbowl in American football.

Innovation to tradition
There are new developments in the way the game is played too. Batsmen have added an array of new shots, namely the reverse sweep, slog sweep, back cut, late cut and upper cut, helicopter shot (attributed to the Indian captain MS Dhoni) and Dilscoop (credited to T Dilshan of Sri Lanka). Australian David Warner invented the switch hit, which can be played by anyone who is ambidextrous. Bowlers, on the other hand, have also shown their ability to adapt, they now have the carrom ball, arm ball, slow bouncer, low full toss, the reverse swingers, yorker and doosra, all of which make it hard to decipher for the batsmen. Cricket legends like Don Bradman and Ranjit Singhji would surely turn in their graves and wondering how much more mutilation the game will invite. It is fair to say that cricket is now a richer game, despite innovations that are a far cry from its established traditions.

Beyond the bat
Protective equipment such as helmets, shin guards, abdomen guards, chest and elbow guards are already widely in use and make the players look robot-like, but help prevent injuries. Umpires who adjudicate the proceedings on the field have a tough time holding their own against technology that obviates human error and questions every judgement made by them.
With money power comes the corruption potential. The game is at odds with match fixing, spot fixing, online betting and scandals involving players and officials who are accused of aiding and abetting bookmakers.
Cricket is not a sport dogged by drug cheats so far, although some banned substances have been used by players to enhance their performance. Sledging and playing mind games with players is a strategy used by some cricketing nations, and racial vilification raises its ugly head from time to time.
The new superpowers calling the shots about the future of cricket come from the South Asian subcontinent where the game has a huge following. Playing games with the game of cricket has added colour, pomp and circumstance to this sport.  The popularity of the game is growing by leaps and bounds, and entertainment is the key. Some of the old bastions of the game will fall, but it will be compensated by greater patronage the world over.