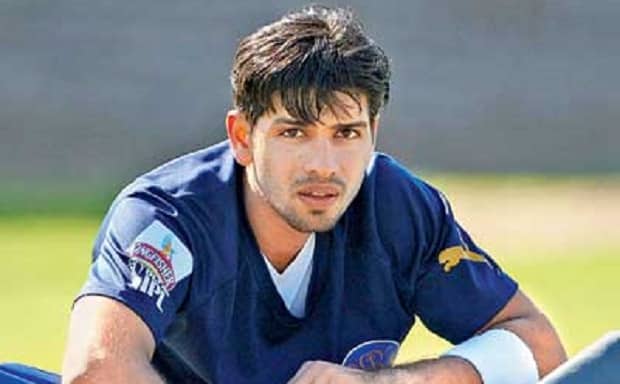 Reading Time: 2 minutesA splendid unbeaten double century from Naman Ojha put India A in a commanding position against Australia A on Day 2 of their first four-day match at the Allan Border Field in Brisbane on Monday, July 7.

Wicketkeeper-batsman Ojha guided his team to 475/9 declared, with an innings of 219 not out, before the visitors snapped six Australia A wickets to end the day with the home side reeling at 126/6.

Resuming the day at 304/6, the visitors found runs flowing in quickly.

Ojha, resuming from 82 not out, brought up his century with a six. His brisk 99-run partnership with Dhawal Kulkarni ended when Kulkarni holed out for 33 off the bowling of Cameron Boyce (4/146).

Boyce struck again in his next over, dismissing Umesh Yadav for a duck. Moises Henriques (1/30) followed shortly with his first wicket of the match as Pragyan Ojha (4) edged it to Sam Whiteman after frustrating the Australian bowlers with his 27-ball knock.

Ojha’s impressive innings continued and he reached the 200-run milestone with another big six off the last ball of the first session, seeing India A to lunch at 450/9.

The tourists put on another 25 runs after the break before declaring with Ojha achieving his highest first-class score which included a remarkable 29 boundaries and eight sixes. Jasprit Bumrah, unbeaten on 7, also gave good support to Ojha to put together an unbeaten 75-run 10th wicket partnership.

In reply, Australia A had a shaky start. Opener Alex Doolan went early for 12 thanks to a sharp catch in close by Lokesh Rahul off the bowling of Bumrah. The home side went to tea at 51/1.

Australia A lost five more wickets in the day’s last session with Peter Forrest (16), Phillip Hughes (34), captain James Faulkner (1), Henriques (4) and Chris Lynn (20) all departing in quick succession. Bumrah was the pick of the India A bowlers, finishing the day with figures of 3/42.

At the close of play, Mitchell Marsh was batting on 18 not out while Sam Whiteman was on 13 not out.