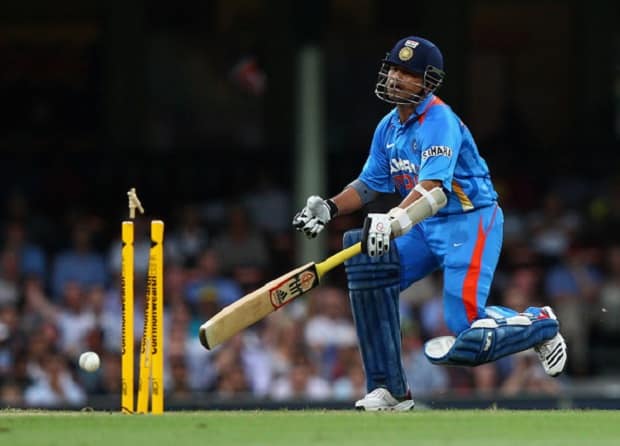 The Board of Control for Cricket in India (BCCI)  finally granted Sachin Tendulkar his wish to play in his 200th and farewell Test at his home ground of Wankhede Stadium in Mumbai.
The two-Test series against the West Indies will be Tendulkar’s swan song series. The cricketing great will be playing his 199th Test at the iconic Eden Gardens in Kolkata Nov 6-10 and the farewell Test at the Wankhede in Mumbai Nov 14-18.
In addition, the West Indies will also play ODIs at Kochi (Nov 21) and Visakhapatnam (Nov 24), while the third, slated for Nov 27, will be held either at Baroda or Kanpur.
For the board’s tours and fixtures committee, headed by BCCI vice-president Rajeev Shukla, that met here Tuesday, the decision on the venues was a mere formality.
“Tendulkar will be playing his 199th Test match in Kolkata and 200th farewell match in Mumbai. Tendulkar had written to the BCCI requesting to hold his 200th match in Mumbai,” said Shukla.
Baroda, which is the home association of board secretary Sanjay Patel, was allotted the third match as per the rotation policy, but if the Reliance-owned IPCL Stadium is not ready, the match will be shifted to Kanpur, the home of Uttar Pradesh Cricket Association (UPCA) headed by Shukla.
Last week, Tendulkar announced his retirement from Test cricket after the series against the West Indies. The series will bring the curtain down on his illustrious 24-year-long career.
Tendulkar retired from ODIs last December. The recently concluded Champions League T20 tournament that Mumbai Indians won was Tendulkar’s last T20 outing.