Unlucky 13? IPL 13 won’t be anything like the IPL we’ve come to know 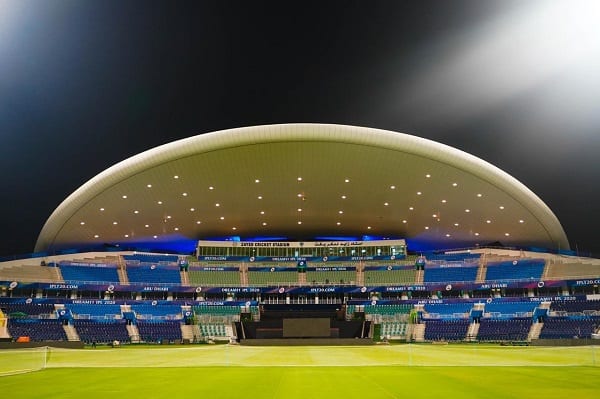 Originally scheduled to be held in March and postponed amidst rising COVID-19 fears, IPL 2020 is finally due to commence on 19 September, but it won’t be anything like the IPL we’ve come to know. The usually heaving stands will be empty; fans will be present only on the big screen. There will be no home advantage, with the tournament being held exclusively in the UAE. And despite its renown as the richest cricket tournament in the world, the glitz and glamour that typically accompanies the IPL will be absent; no cheerleaders, no parties, no excess.

IPL 13 will be the biggest test yet for cricket as it seeks to navigate a way out of the COVID-19 crisis while balancing the interests of its various stakeholders, particularly between the health and safety of players and commitments to broadcasters. While England has managed to successfully host West Indies, Pakistan and Australia in successive tours, these involved only a home and an away team in a single quarantine bubble.

The challenges faced by IPL 2020 are far greater, and not only because it will be played in the UAE for only the second time in its history, with the UAE having jointly hosted the tournament during India’s 2014 general election. With players across eight franchises arriving from several different countries and staying in different hotels (the majority from severely COVID-stricken India), as well as a gruelling 60-match schedule across 62 days and three different grounds, the tournament itself is an enormously daunting prospect to host during the current global pandemic.

Add to that the fact that there have been outbreaks of COVID-19 within the IPL before it has even commenced – Chennai Super Kings had thirteen personnel test positive shortly after landing in the UAE, while the Delhi Capitals have also since recorded a case in their ranks – and it’s no wonder this IPL 2020 is “unlucky 13”.

With most players having not played competitive cricket in several months, some – particularly the West Indian contingent who played in the recently concluded Caribbean Premier League – will hold a significant advantage in this regard.

However, each player will start on equal footing from a mental perspective, and that could well be where this year’s IPL will be won or lost. Indian and Delhi Capitals opener, Shikhar Dhawan, has already cited that the prospect of being in a bio-bubble for more than 2 months will “test our mental strength”. Dhawan, who ordinarily resides in Melbourne, obviously won’t be alone – by the end of the tournament, the players’ worlds will have been confined to their hotel, training and match grounds for about 80 days.

It promises to be no holiday, which is perhaps why the likes of Suresh Raina, Lasith Malinga and Kane Richardson have already pulled out of the tournament.

The Mumbai Indians, IPL’s most successful team, have adopted a 30-point bio-bubble bible setting out detailed and highly proscriptive rules, including a ban on any housekeeping during quarantine, 24/7 CCTV monitoring to monitor and enforce breaches, mandatory flu shots and COVID tests every three days until the end of the bio-bubble period.

More broadly, masks and physical distancing must continue to be observed even within the bubble. Players, officials and other team members will even be required to wear Bluetooth-enabled wristbands to allow their movement to be tracked.

It’s more 1984 than 2020, and it’s a far cry from the luxury to which cricket’s elite are accustomed. But as has been widely acknowledged, it is a small price to pay to ensure that boards can keep up with their multi-billion dollar broadcasting and sponsorship commitments, keep their players on their payroll and give their biggest stakeholders – the fans – something to look forward to.

There’s also an incidental benefit to the bio-bubble arrangements – it’s predicted that the bio-bubble will better keep corruption at bay, with players no longer able to be approached by bookmakers (at least in person). Naturally, the increased engagement between players and fans on social media will mean greater monitoring of these online interactions.

With most foreign players having confirmed their participation in the tournament – including Australian and English players who will shortly arrive in the UAE following the conclusion of the limited-overs series between those two sides – IPL 13 will be perhaps the most “international” event, sporting or otherwise, to be held during COVID-19.

Although it won’t be quite as we know it, it’s a near-miracle the IPL is getting underway at all.