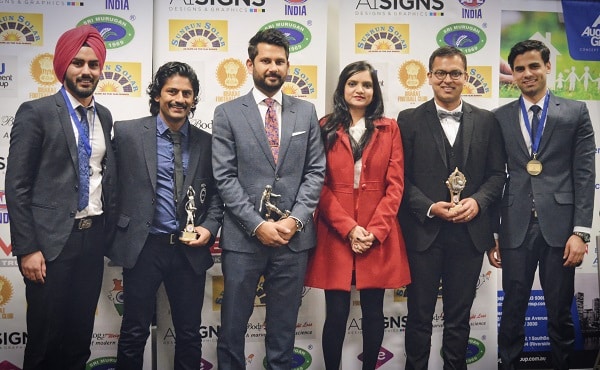 It was the Indian community’s own version of the Brownlow, the Chakraborty Medal.
Following a point scoring system similar to the annual AFL Brownlow Medal, Indian-origin player Karan Singh was awarded the 2017 Chakraborty Medal, with a total score of 32 votes.
The Australian Rules Football in India (ARFAI) hosted the inaugural 2017 Chakraborty Medal event in mid-September. The event was held to recognise the effort of players both past and present. The Chakraborty Medal is named after AFL player and administrator Sudip Chakraborty, to honour his efforts in taking the challenge to promote footy in India and grow an organisation that would foster ties between Australia and India. In recognition of his effort, Mr Chakraborty was inducted as the first member into the ARFAI Hall of Fame.
AFL India’s premier award night also saw Sudip Rajbanshi win the AFL India Best Player Award.

The ‘Indian’ Auskicker of the Year, instituted to encourage Indian youth to participate in the game, was shared between Yuvraj Sharma, Manasi Vajrala and Harleen Kaur. Gurnaz Khatra won Australia’s best ‘Indian’ Junior Footballer of the Year.
Avtar Singh, who has played an important role in fostering Indian participation with his involvement with Auskick in Craigieburn, was also felicitated.
Whilst many find it easier to associate cricket with India, some are still unaware of the link between Australian Rules Football (AFL) and India. Australian Rules Football in India (ARFAI) was launched in early 2008 by Ricky Ponting in Kolkata. This occurred during a time when he and Shane Warne were cross-promoting footy whilst playing for the Kolkata Knight Riders IPL cricket team.
Since 2008, ARFAI has taken part in the Australian Football International Cup (AFIC) hosted by the AFL on a triennial basis.
In 2011 Sudip Chakraborty, founder of ARFAI, captained the team to win its first international football game. He has played a pivotal role in promoting footy in India and encouraging budding players from all parts of India to participate and hopefully represent India on the world stage.
“It has been a challenge to generate interest and intrigue for footy in the Indian community,” Sudip told Indian Link. “Footy is a game unknown to many Indians, and the rules, style of playing and high level of contact during the game, made the sport very different to what children and adults are used to. Nevertheless, people from central and rural villages found the courage to play and this inspired me to continue promoting footy.”
With the support from AFL Victoria and the Essendon Football Club, ARFAI launched the AFL India chapter in Australia, the Bharat Football Club (BFC). The BFC’s objectives is to increase awareness of footy in India, recruit players of Indian-origin, develop these players so that they can represent India at the 2020 AFIC, and gain support and long-term sponsorship from members of the Australian and Indian community.
2017 ARFAI captains Yasser Hussain and Sanjeet Singh congratulated the team on a tremendous effort. “The players are aged between 17 and 30 and all made the effort to travel to various parts of Victoria to support their team and develop their skills,” Sanjeet Singh said.
With a scrumptious three-course dinner, a dance performance by Bollynation and endless entertainment, the award night was a hallmark of India’s great interest in Australian culture and passion to foster ties in sport.