Sachin Tendulkar will retire after playing his 200th Test 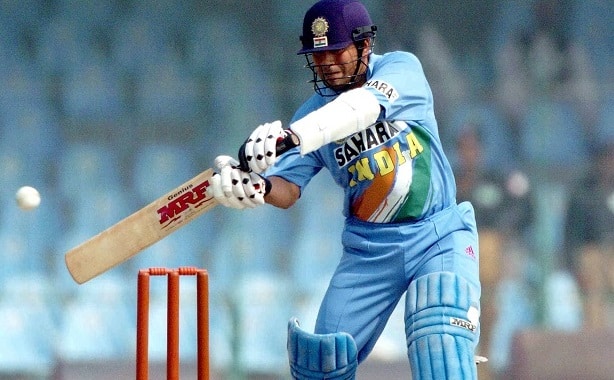 Breaking news! Tendulkar has chosen time and place to retire and it’s next month!

The little master will have much to contribute to Indian cricket, writes VETURI SRIVATSA
The greatness of Sachin Tendulkar is that he has never been dropped from the Indian team in any form of cricket, barring a bizarre decision to rest him from the One-Day Internationals (ODI) on the last tour to Australia. That’s an awesome record.
Only he decided to call time, last year from ODIs and now from Test cricket. He is going out at a time and place of his choosing, not at the prompting of others, whatever be the speculation over his meetings with the cricket board officials or the national selectors.
For quite some time Tendulkar’s retirement had become a national obsession, everyone had an opinion. Now the cynics have started saying that he didn’t want to go to South Africa and face the fearsome fast bowlers, and so he got the board to quickly arrange for a two-Test series at home against the West Indies to reach the milestone of playing 200 Tests. What’s more, he wanted to do it at his home, Mumbai.
It’s uncharitable to point a finger at the great man’s integrity. Even if he indeed wants to play his final Test in front of his home crowd, what’s wrong with it?
Tendulkar’s exit was very much on the cards after his two other famous contemporaries — Rahul Dravid and V.V.S. Laxman — decided to call it a day in the last couple of years. Only he will reveal why he chose to stay on after his career ambition of winning the World Cup was fulfilled.
Now some well-wishers might say he should have hung around to celebrate his Silver Jubilee in international cricket next year before walking off the field, but like timing his shots he knew exactly when to go.
Tendulkar has been a star right from the day he played his first Test in Pakistan as a 16-year-old. On his second tour in New Zealand, he was mobbed by fans wherever India played and called him ‘Boy Wonder’. He chose his matches and tours till the team management found a way to rest him in a bizarre rotation policy in the ODIs on the recent tour of Australia in 2011-12.
There were stretches when he could not attain the bar he has set for himself. Just as it took 370 days for him to get his 100th hundred, there was a time when he had only a couple of hundreds against Bangladesh to show. There was a spell when his overseas averages fell. Yes, there was a time when he could not cross the 30-run mark in nine Test innings.
Curiously, his landmark knocks came against Bangladesh. Just as he picked Bangladesh to hit his 100th hundred, he chose to get his highest international score, 248 not out in a Test in Dhaka in 2004.
In the last seven years or so there have been noises that he should go. Someone coined that terrible headline ‘Endulkar’. Nothing ruffled him. He answered his critics with his bat.
Watching and following his cricket all these years has been one of the pleasures of making a living as a reporter. On that 1989-90 New Zealand tour, he got all the freedom and protection he needed to enjoy himself. Those were the days when on tours there was not so much of nitpicking by the media.
Tendulkar was the talking point wherever people discussed cricket. “What’s special about that kid”, everyone in New Zealand wanted to know. “I can’t imagine a 16-year-old facing Richard Hadlee who has taken 400 Test wickets,” said an amateur painter as he sketched the ambiance of Christchurch, the garden city with Gothic architecture in South Island, as a memento to be given to him.
As a batsman, Tendulkar is a cut above two of his great contemporaries — Brian Lara and Ricky Ponting. But both have no hesitation to admit that Tendulkar has something extra to make him a class apart.
The only time he betrayed his emotions was in the aftermath of the 2007 World Cup disaster in the Caribbean. There were shrill calls for his head and he publicly ticked off the then coach Greg Chappell, inviting a show-cause from the Indian cricket board.
Anyone who has played with Tendulkar unreservedly says that he has benefited by his ability to convey the finer points of the game.
Tendulkar always talked of his senior colleagues with respect. He was all praise for Laxman after their record 353-run fourth-wicket partnership in the 2004 Sydney Test. Seeing Laxman hit 30 fours in his innings of 178 to Tendulkar’s 33 in his unbeaten 241, he put the artistry of ‘VVS’ in perspective.
“When Laxman was playing those shots, I decided it was best to just watch and enjoy his batting rather than try to do what he was doing.”
Tendulkar had to make minor adjustments to his technique over the years, mostly necessitated by injuries. But he has never been a slow couch in the field and patrolled the deep boundaries.
None of his contemporaries or his huge league of admirers, including some greats of the game, seems to find any human weakness in him. This is quite unlike Don Bradman, who was not spared by his teammates, who found chinks in his persona even as they praised him sky-high as a cricketer.
Sachin, his admirers say, is more humane and likeable, though as captain he appeared too stubborn, refusing to deviate from his pet fads.
“I look forward to playing my 200th Test Match on home soil, as I call it a day,” he said.
Seldom has a player caught the imagination of cricket fans as he did. Tendulkar was the talking point wherever people discussed cricket. That continued and will continue even after his retirement. He will still have much to contribute to Indian cricket.