Everything to play for, and nothing to lose 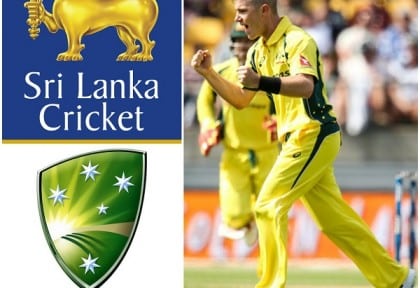 If ever an international cricket tour could be labelled “out of context”, the three upcoming T20 Internationals between Australia and Sri Lanka would ordinarily be in your sights. Following visits to Australia by South Africa and Pakistan, the T20 series comes after the conclusion of five weeks of almost nightly Big Bash cricket, and during a time at which several of Australia’s first-choice players find themselves in Dubai preparing for the upcoming Test series in India. Luckily for the viewing public, despite the surrounding circumstances, both sides have plenty to prove; and in an otherwise inconsequential series contested in the sport’s most electric format – a format tailor-made for the bold and the daring – there is no better platform for the future generation of limited-overs heroes to announce themselves on the world stage.

Sri Lanka arrives on Australian shores on the back of what can only be described as a punishing tour of South Africa. There, the tourists edged out the hosts in an incredibly close T20 series, but their success in that format was bookended by a 3-0 whitewash in the preceding Test series, and a 5-0 whitewash in the following One-Day Internationals. It was only the second time in Sri Lanka’s immensely proud One-Day International history that it suffered this particular ignominy; worryingly though, both such occasions have come in the last two years.

The prevailing issue is that the Sri Lankan side is caught in a state of flux; although teams such as India and Australia have also lost some of their greatest servants in the recent past, the retirement of Sri Lankan legends such as Dilshan, Sangakkara and Jayawardene are likely to be the most damaging. India has been blessed with the likes of Kohli, Rahane and Pujara, and Australia too has flourished with Smith, Warner and Khawaja. Sri Lanka, however, has struggled to discover – and develop – its future greats, through no fault of its own. Revealingly, since Sangakkara’s retirement in 2015, Sri Lanka has only won 12 of its 35 One-Day International matches.
An obvious example of the unsettled state of the Sri Lankan team is the supremely talented Dinesh Chandimal. Chandimal has long been identified as one of Sri Lanka’s future stars, yet, frustratingly, he remains perennially prone to worryingly regular form slumps. Having been Sri Lanka’s most consistent batsman in 2016, Chandimal has been dropped from the tour of Australia after a string of recent failures at the international level, despite captaining Sri Lanka in its most recent T20 in South Africa.


Then there is Thisara Perera, an explosive all-rounder for whom the T20 format seems the perfect fit. Yet, due to his inconsistency at the highest level, he also failed to secure his place in the side despite strong performances for the Melbourne Renegades in the Big Bash League.
Chief selector Sanath Jayasuriya is aware of the issues plaguing the national team, but is at a loss to identify the cause of the team’s slump. “[I] wouldn’t say there’s a dearth of talent, but we don’t produce those champion cricketers as much as we did in the past,” he said. “I don’t think it’s a problem with the domestic structure or the school structure, because it’s the very system that produced all those champion cricketers in the past. So, we need to assess this situation and find out where the problem is and correct it.”

The home side’s stocks are not nearly as bleak. Despite the absence of a host of regulars such as Steve Smith, David Warner, Usman Khawaja, Mitchell Starc, Josh Hazlewood and Glenn Maxwell, Australia’s side features an enticing blend of youth and experience, with several fascinating sub-plots to explore. The young guns, for instance, feature players such as Pat Cummins, Ashton Turner, Billy Stanlake, Adam Zampa and Jhye Richardson, who are all under 25. There are some in the squad though, who would debate whether that is the “right” side of 25 – Michael Klinger, for instance, will be Australia’s second-oldest debutant in any format in 30 years, after finally earning a national call-up at the age of 36. And Tim Paine, who was touted as a future Australian Test captain before being cruelly sidelined for several years by a finger injury, also makes his return to the green and gold after six years in the domestic wilderness.

Although the long-term goal for the Lions may be to unearth their next cricketing greats, the immediate step must be to build a winning culture, particularly overseas. With talismanic captain Angelo Mathews out of action due to injury, it will be up to stand-in skipper Upul Tharanga, no doubt boosted in his mission by the return of the inimitable Lasith Malinga, to motivate his young charges to make a name for themselves at the highest level. And it shouldn’t take him much – it’s long been known that strong performances by tourists in Australia make the world stand up and take notice. After all, Australia is the land of the never-say-die, the home of the killer instinct, and the backyard of the fearless.

With an Australian side full of sparkling youth and twinkling experience, and a Sri Lankan team desperate for a morale boost after its recent trip to rock bottom, both sides have everything to play for, and nothing to lose; against all odds, this will make for compelling viewing.
- Advertisement -
Share
WhatsApp
Facebook
Twitter
Linkedin
Previous articleISRO makes history
Next articleIndia has been a post-truth society for years (and maybe the West has too)