Enough of the blame game 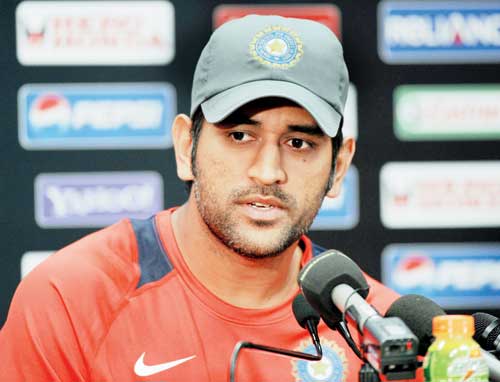 Reading Time: 4 minutesIt’s time for Team India to allow players to participate in county cricket alongside the IPL

If there was one statement that summed up the Indian team’s attitude – both on and off the field – during the last three Test matches of its 2014 tour of England, it was Indian team captain MS Dhoni’s comments following the final Test match. Having watched on – literally – while his team were pummelled by an innings and 244 runs at the Oval, and at the receiving end of a 3-1 score line that flattered the visitors, the traditionally unflappable Dhoni was asked by an English journalist if there was any prospect of Indian players forgoing the IPL to play county cricket in England.

Dhoni snapped back, “You go ask the BCCI about that. Don’t get too jealous about IPL”.

India’s performance in the recently concluded Pataudi Trophy has by now been comprehensively deconstructed. Although at the time of writing, India has comprehensively beaten England in the two one-dayers that have been played, it is unlikely that India’s performances in coloured clothes will be able to gloss over the glaring deficiencies that were exposed in the test series.

Some critics point to Dhoni’s idle captaincy in test cricket, while others may respectively blame the poorly disciplined batsmen or the injury- and fatigue-prone fast bowlers. However, as is too often the case with Indian cricket, it is the coaching staff who eventually took the fall; in this case, bowling coach Joe Dawes and fielding coach Trevor Penney were asked to go on leave ahead of the ongoing ODI series, while Ravi Shastri was named “Team Director” – a broad job title that perhaps adequately reflects the vague circumstances surrounding his engagement.

At face value, the rationale behind asking Dawes and Penney to leave the tour seems well-founded. It is the fielding coach’s responsibility to ensure that the players are prepared to take catches, and India dropped 11 catches in 7 England innings. It is the bowling coach’s responsibility to prepare the bowlers to take 20 wickets in a Test match, and India’s bowlers took only 61 wickets in 5 Tests.

But it is about time the captain, players and selectors took some responsibility for their mistakes. The catch-dropping epidemic in the Indian slips cordon could be attributed to any amount of factors, such as the slips standing too close to each other, or the constant chopping and changing of personnel in the cordon and the subsequent unfamiliarity players in the cordon have with each other.

In addition, the players in the Indian slips cordon have played plenty of cricket; they (for the most part) know the technique behind catching a cricket ball. It is the patience, focus and mental strength required to field in the slips cordon that appears to be lacking, and it is hard to imagine what Trevor Penney can do to instil that in a professional athlete who takes home an exorbitant paycheque, apparently for having those very characteristics.

Meanwhile, it has been widely acknowledged that the Indian bowlers performed satisfactorily in this series. Although operating under significant limitations – both in terms of talent and pace – compared to their English counterparts, Bhuvneshwar Kumar, Varun Aaron and Ishant Sharma left the series with their reputations enhanced. Of the two remaining quicks, only Mohammad Shami’s performance was dubious; Pankaj Singh was nothing if not desperately unlucky. The spinners were ineffective, and outbowled by English part-timer Moeen Ali – but it is questionable how much of that was due to Ali’s guile as opposed to the batsmen’s incompetency.

The bowling and catching wasn’t good enough, but what hurt India most, and unexpectedly so, was indeed its batting. In particular, the collective failure of Virat Kohli and Cheteshwar Pujara was an unforseen complication that led to India posting less than 180 in 5 consecutive innings for only the second time in its history. Pujara’s average of 22 was the lowest for any Indian number 3 in England, while Kohli’s contribution to India’s run tally – 134 – was fewer than the number of runs India gained from extras in the series.

And it is on this note that we return to the issue of the priorities of Indian cricket, and whether it is appropriate for some Indian batsmen to gain experience in English conditions at the expense of playing in the IPL.

We must not be mistaken – money is an important consideration for all professional athletes, as their careers span a significantly short period of time. With the sacrifices they make to reach the top, many athletes have nowhere to go once their time in the game is up, and their earning capacity is greatly reduced. Consequently, it is inherently unfair to expect an Indian cricketer to forgo earning a large pay packet in the IPL – money that will one day help put food on the table for his family – to play county cricket in England for a far less attractive salary.

However, when it comes to money or overseas experience, it does not have to be one or the other. The IPL runs for 6 weeks. It is entirely practical to imagine a situation where players such as Cheteshwar Pujara or Murali Vijay – who are not marquee IPL players or sponsors’ dreams by any stretch of the imagination –play three or four games of county cricket in England each year and still be available for half the IPL season.

It is not just the games themselves that are helpful – batting in the nets against English bowlers, getting tips from batsmen and coaches experienced in dealing with a swinging, seaming ball and learning the nuances and idiosyncrasies of a variety of English pitches is invaluable.

It is not unreasonable to assume that the BCCI can afford to offer IPL clubs financial incentives to allow their Indian players to play county cricket in England for some portion of the season. In this way, the bid attracted by a member of the Indian test team should not be heavily affected by their partial unavailability.

At the end of the day, MS Dhoni may be right – it is the BCCI’s prerogative to ensure that it prioritises what it thinks is in the best interests of cricket. Captains, players and coaches all speak of overseas Test match success as the most rewarding and simultaneously challenging mountain to climb in cricket. After all, if you ask Sachin Tendulkar where his 2013 IPL title ranks among his most treasured career moments, it is doubtful that he would rate it higher than any of his precious overseas Test wins.

Dhoni would do well to adopt a similar attitude.