The dangers of citizen journalism 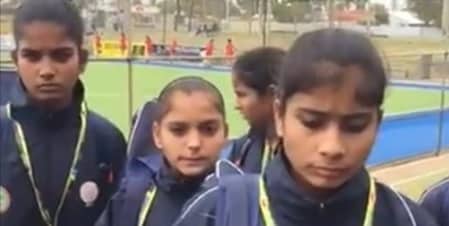 Reading Time: 3 minutes
Having spent the better part of the week working on a story on the wonders of social media in building caring online communities with real benefits for members, this one comes as a bit of a shocker.
You’ve all seen by now the disturbing video of a school team of Indian hockey players currently in Australia.
As they missed their match second day in a row – thanks to poor coordination, or indeed a complete lack of it – they spoke on camera about their situation.
The video went viral, and left viewers quite distressed.

It was, of course, all sorted out, with the local community as well as Indian government agencies chipping in.
But the damage was done: the interviewer, who claimed he was a taxi driver, clearly showed the distress of the girls in a manner that was disquieting, and tut-tutted about the ‘Indian government’s apathy for women’s sport.’
The sensationalist and alarmist nature of the video, including accusations being made with no absolute proof, is evidence for the dangers of citizen journalism.
There certainly is a role for citizen journalism in today’s world, especially as the media industry undergoes tumultuous changes. As news comes in from every direction, traditional media which cannot be everywhere might even be relying to some extent on such efforts.
Technology allows for easy access to recording events, and the transmission of images and films can now be accomplished with the click of a single button.
In short, it is easy for regular folk to emulate news journalists, and thanks to social media, there is a ready audience for such material.

Lost in the midst of this burgeoning ‘news-type’ activity, and the rush to get the story out, is the understanding that this is a role that must be taken on with responsibility, ethics, and proper checks and balances.
Could the Adelaide video, with its near-complete lack of verification, tick any of these? Indeed there was no mention of which competition the girls were participating in: it was left for the viewer to figure out even which sport the girls play!
The Indian Consulate stepped in immediately and sorted the issue out with the help of the local community, even though it was a private institution that had organised the tour and should really have been responsible.
Meanwhile, the story on the scene is that the Pacific School Games had contacted local Indian association IAASA (Indian Australian Association of South Australia) for volunteers.
Indian Link’s Vinaya Rai from Adelaide reports, “IAASA sent out a message to some 1,400 of its contacts, through email, WhatsApp and Facebook. Although a few members did register, only one person ended up working as a volunteer.
When the video went viral, there were hundreds of comments blaming everyone from the Government of India, High Commission, Consulate General, Indian Assn etc. Several people tried to contact the manager of the hockey team (whose number was public on Facebook) and offered help, advice, sympathy.
The Sikh/Punjabi community got in on the act first and provided transport and organised food to be delivered from Indian restaurants.
Surinder Chahal made the most concerted effort, and Pacific Games made him an official Liaison Officer/ Coordinator for the Indian team.”

To conclude, the initial post did draw attention to a situation that needed intervention, but could the hysterical nature of it have been toned down?
As consumers, we must be wary of what comes through our news feeds: the potential for unverified information to do more harm than good is ever-present. So, before you hit ‘share,’ you might want to pause and reflect.