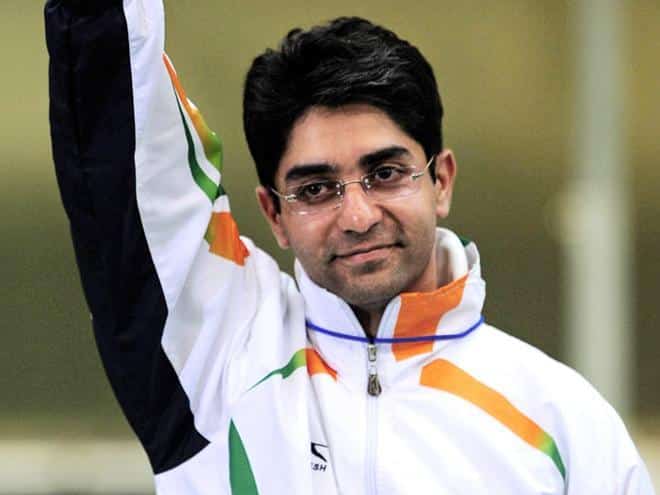 The 2008 Olympic champion Bindra, who recently tweeted that the Asian games will be his last professional competition, recorded a final score of 187.1 to take the third position. China finished one-two with Haoran Yang (209.6) clinching the gold medal and Yifel Cao (208.9) taking the silver.

Bindra looked like he would be finishing fourth till his penultimate round but Iran’s Pourya Norouziyan, who needed a 9.9 to ensure his progress after the 31-year-old Indian shot 10.5, scored a poor 9.6 to slip to the fourth spot and handed Bindra a podium finish.

Bindra scored 10.6 and 10.7 in his final two shots but it was not enough to stop the rampaging Chinese duo.

Earlier in the day, Bindra had also led India to the bronze medal in the 10 metre air rifle men’s team event.

Bindra’s individual bronze medal was India’s eighth medal in the Incheon Games and sixth from the shooting range. His bronze also marks the end of an illustrious career with an elusive Asian individual medal.

“Tomorrow will mark the end of my professional shooting life. I will, however, still shoot, compete as a hobby shooter, training twice a week,” tweeted Bindra earlier this week.

The former World Champion still hoped that he would participate at the Rio Olympics in 2016.

“And yes, I will still try to be at Rio and my bio is now most appropriate! Great times and am sure there will be a few more!” Bindra tweeted.

In 2006, Bindra became the first Indian shooter to become a World Champion and two years later he scripted history by winning the individual gold medal in the 10m air rifle event at the Beijing Olympics.

Bindra, who was the youngest participant at the 1998 Commonwealth Games, has four Commonwealth gold medals, and had won the team silver in the 2010 edition in Guangzhou.