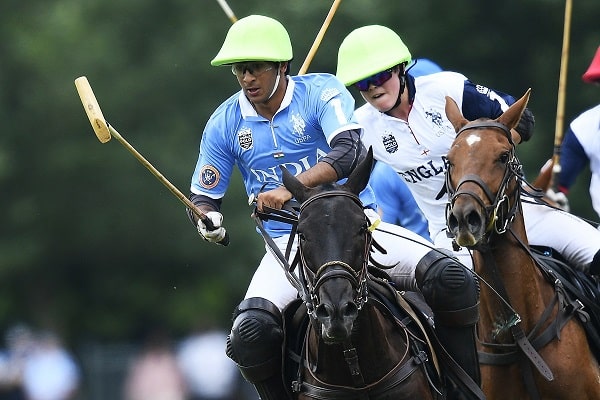 This year’s final saw Argentina emerge victorious over reigning champions Chile in a thrilling, golden-goal, South American showdown, a fitting finale for a tournament which was broadcast to an estimated 100 million viewers in 88 different countries.
However, hometown heroes Australia, and the popular but relatively unheralded Indians, also emerged with their heads held high after a tournament labelled as the biggest event ever to have taken place in the Hawkesbury region.

The world championships, which are held every three years, are essentially the Olympics of polo; although polo was last played at the Olympics in 1936, the championships impose a team handicap limit which is such that the best players in the world often miss out. But the tournament was no less spectacular for it; many have labelled this year’s tournament one of the best ever, the hosts having made available 280 of the highest quality horses to visiting teams. Add to that a festive atmosphere, including world-class dining, pop-up dessert cafes by the likes of Adriano Zumbo, live music, and art and sculpture exhibitions, and it’s no surprise that the tournament was so well-attended.
In a sport traditionally reserved for aristocrats and royalty, polo’s popularity has been growing steadily over the past few years, including amongst children – it’s a shift that has been linked to the global financial crisis of 2008, which resulted in a downturn in professional players.

Polo is perhaps one of the most historically and culturally significant sports of all time, having been played, in various forms, by Persian emperors and the neighbouring Byzantine Empire in around 350 AD; women in particular during the Tang dynasty; Turkic sultans during the 1200s; and later on, throughout the Indian subcontinent since at least the 15th and 16th centuries.
But despite the long and storied tradition of polo before its spread to the subcontinent, India has a special and pivotal place in the history of the sport – the modern game of polo, as distinct from its predecessors, is derived from Manipur in India, where it was known variously as Sagol Kangjei, Kanjai-bazee or, Pulu. Of course, it was an anglicised form of the latter, being a reference to the then wooden ball central to the game, which became the game we know today, albeit now played with a plastic ball.

The Indian team today is a combination of youthful exuberance, seasoned experience and more than its fair share of royalty and class, including the 18 year-old Maharaja of Jaipur, HH Padmanabh Singh – who was also the youngest in the tournament – and as captain, the five-cup veteran and serving army officer, Col Ravi Rathore. It’s part of a concerted effort to inject some energy into the side, and the team’s qualification for the final rounds of the world cup is clear evidence that the policy is paying dividends. “This is the first time we’ve got an actual mix of both youth and experience in the side,” said four-time cup veteran Dhruv Pal Godara in an official reception at the Indian Consulate in Sydney. “It’s already shown results. In (the qualifiers in) Iran, we had two forwards who were both very young, and we had (three-time world cup veteran) Angad Kallan and myself. We keep control at the back and in the middle, and a lot of pressure being put on the front by the young boys, so it’s working well so far.”

Indeed, it was in a heart-stopping qualifier in Iran earlier this year that India secured its spot in the top 8, winning 8-7 thanks to a penalty in the dying minutes against none other than neighbouring Pakistan. However, the Indian side’s experience at the top level was more of a steep learning curve for its youngsters and veterans alike than the triumphant expedition that the team no doubt dreamed of.
India was pummelled 16-1 in a brutal opening round clash against England, put to the sword particularly at the hands of England’s Indian-origin captain, Satnam Dhillon. However, a strong showing against the Chileans, generally regarded as the world’s best, as well as a nail-biting 9-8 loss against New Zealand after squandering an 8-5 lead, saw India finish off the tournament with pride – and hope for the future – restored.

It was an apt finish for Indian fans, whose support was labelled “overwhelming” by Kallan. “It’s heartening to know they’re with us and behind us. The key factor for any team to do well overseas is the support of your fans and your family members, they need to be with you through thick and thin,” said Kallan.
After such a promising tournament in Australia, Kallan and the rest of the Indian team are hoping they will be able to follow Australia’s example in breeding world-class, polo-specific horses, and bringing up to scratch the quality of the playing surfaces back home.
After all, having competed well with such a young team on the biggest stage, an improvement in local facilities could see Indian polo on the cusp of something special.