The team has proven that this film can reduce sunlight by up to 30 per cent without causing any damage to corals. 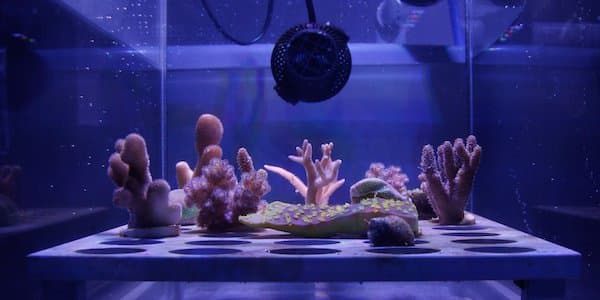 
The sun shield is made from an ultra-thin biodegradable film that is 50,000 times thinner than a human hair and contains calcium carbonate, the same ingredient corals use to make their hard skeletons, Efe news quoted GBRF as saying.
The film is “designed to sit on the surface of the water above the corals, rather than directly on the corals, to provide an effective barrier against the sun”, according to the Foundation that has been working in collaboration with the University of Melbourne and the Australian Institute of Marine Science (AIMS).
Funded by The Tiffany & Co. Foundation, the project is still in its initial stage and has been tested in a small-scale research trial, but the team managed to prove that this film can reduce sunlight by up to 30 per cent without causing any damage to corals.

“Scientists tested the effectiveness of the one molecule thick film on seven different coral species in simulated coral bleaching event conditions at the AIMS National Sea Simulator (SeaSim),” Great Barrier Reef Foundation Managing Director Anna Marsden said.
The project was also designed to explore new ways to reduce the impact of coral bleaching on the Great Barrier Reef, the world’s largest coral reef system.
“It’s important to note that this is not intended to be a solution that can be applied over the whole 348,000 square km of Great Barrier Reef – that would never be practical. But it could be deployed on a smaller, local level to protect high value or high-risk areas of reef,” Marsden said.

According to the Centre of Excellence for Coral Reef Studies at James Cook University, unprecedented coral bleaching in 2016 and 2017 damaged areas of about 1,500 km of the Great Barrier Reef, two-thirds of the total.
The health of the Great Barrier Reef – a UNESCO World Heritage site and home to some 400 types of coral, 1,500 species of fish and 4,000 varieties of molluscs – began to deteriorate during the 1990s as a result of the double impact of warming seawater and increased acidity due to greater presence of carbon dioxide in the atmosphere.
IANS
- Advertisement -
Share
WhatsApp
Facebook
Twitter
Linkedin
Previous articleCommonwealth Games 2018: I’m confident of winning gold, says Indian shooter Jitu
Next articleCommonwealth Games 2018: Inside the Village