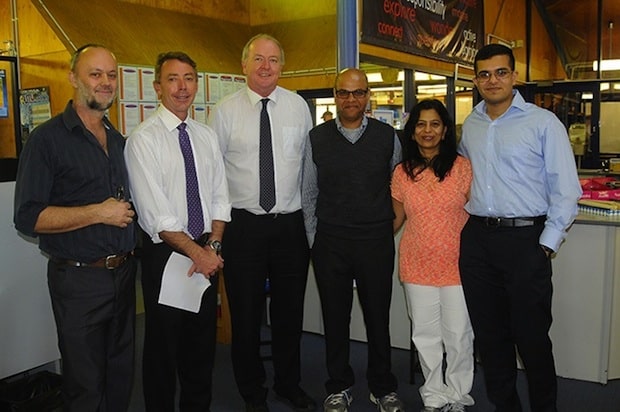 NSW Minister for Education Adrian Piccoli recently released the HSC Test Yourself app and stated that the mobile app will help students prepare for their exams while on the go.

“With the HSC written exams starting in October, this app helps students make the most of their study time using information straight from the creator of the HSC — the Board of Studies, Teaching and Educational Standards [BOSTES],” Mr Piccoli said.

“This mobile app will allow students to access the tests whenever and wherever they want”.

Mr Piccoli also added that, as all of the other sections of the HSC exam, consistent practice is one of the best ways to improve results in multiple-choice.

Shubham Shah originally developed the interactive app last year during his HSC, using BOSTES material, as he needed the practice himself. He was then contacted by BOSTES this year to further develop the app, as it was free and very successful with his peers.

“I have always been interested in educational applications and e-learning,” Shah said.

“The app will be really good for current and future students. I had a lot of luck with multiple choice and went really well in it because of the app”.

Shah said that he had been familiar with program development from a young age and that the app itself took a month and a half to develop.

According to BOSTES President Tom Alegounarias, the app is a great new learning tool for HSC students. It is also based on the most current syllabus of the HSC for each course, containing exam questions from 2010 to 2013.

Downloading the app is free and it works across Android phones and tablets, iPhones and iPads platforms. Once the app is downloaded, students are able to test themselves with sample questions from various courses and then may choose which subject packs they would like to purchase and download.

“The cost to download a course is affordable and everyone has the chance to try some questions before they buy the full set,” Mr Alegounarias said.

“The HSC Test Yourself app will help teachers with revision lessons and will also help parents who want to learn more about the types of questions contained in the HSC exams.

“While the app is designed primarily for individual study and self-testing, it will also assist students to test each other in group study activities”.

Some of the subjects included in the app are Economics, Legal Studies, Mathematics Extension, Chemistry, and Business Studies among many others.

The HSC Test Yourself app can be downloaded from Google Play and iTunes.