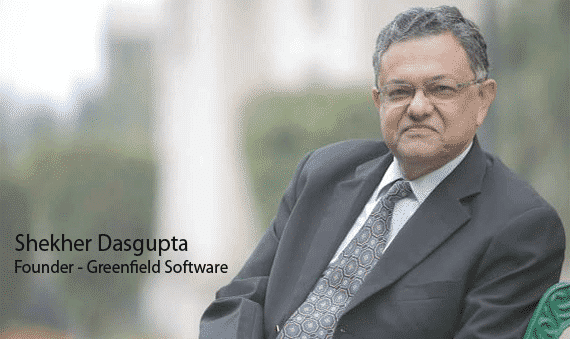 Reading Time: 3 minutesWebsites going bust under excessive loads might soon be a thing of the past, thanks to an innovative technology, writes SHUDIP TALUKDAR

A Kolkata-based start-up, Greenfield Software (GFS), has further tweaked and customized the prohibitively priced product to make it more affordable for small and mid-sized data centres in India.

Until the GFS, founded by Shekhar Dasgupta, former MD of Oracle India, stepped into the picture, the products offered by global companies could be afforded only by large manufacturing plants, utility and service providers. They remained beyond the reach of small and mid-sized data centres, with less than 1,000 server racks, leaving them vulnerable to breakdowns.

The customised product is the first to emerge from the heart of Eastern India, traditionally perceived as a laggard in IT adoption. The technology, which incorporates advanced features, pays for itself between 12 and 18 months.

Significantly, India, which may have earned the sobriquet for being the IT provider to the West, earning over $100 billion in annual exports, had only a few ground breaking software products until now to its credit.

GFS counts among its customers a prestigious media house and a large power utility, besides a large infrastructure finance institution in India and an oil company in the West. The company is also handling a large project for major mobile operator in the South Asia region among others.

GFS has inducted Parikshit Bhaduri as Vice President, for taking customised DCIMs to the next level. A graduate of IIT Kharagpur, Parikshit, holds several patents in the area of database machines when he served with Oracle Corporation in the US and Singapore.

“I have known Parikshit since my days at Oracle and admired his quick understanding of new technologies. The two of us look forward to creating a world class DCIM for mid-sized data centres,” said Shekhar.
Major online marketing campaigns, which are fast becoming the norm, place inordinate burden on computer networks, often triggering shutdowns.

Recall how the website of a prestigious company, unable to cope with the unprecedented response to a pre-Diwali bumper sales offer, crashed, disappointing thousands of customers all over India.
Breakdowns of this nature explain why a scheme announcing low cost air tickets could not take off, or why an online ad promising low cost houses in Delhi remained a non-starter.

‘Crash’ is the collective name given to a systems failure when vital components of a data centre, namely power, space, cooling, network, server and storage do not operate in sync, especially during excessive loads. DCIMs optimise their use.

The computer systems resting in the data centres of say a refinery, a large mobile service provider, a railway or an airline reservation system, cannot afford to be out of order even for a few seconds, hence the utility of DCIMs.

Data centres worldwide have gained notoriety for guzzling huge amounts of energy, on two counts – they consume large amounts of power and require uninterrupted air-conditioning, to offset the heat they generate.

Multiple studies show that data centres in North America and Europe are already consuming two per cent of their total energy output. It continues to grow at around 15 per cent annually, far in excess of the overall energy consumption growth rate, which can only aggravate the problem.