Salvation of the cat species 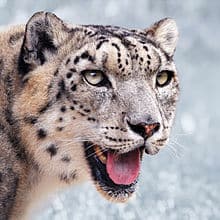 As top predators, wild cats may be at the pinnacle of the food chain; sadly they are kings of the jungle no more. Human monopoly, poaching and indiscriminate commercialisation have invaded their territory, pushing the big cats to near extinction.

But Homo sapiens could well have a chance to atone for past mistakes and re-establish a more sustainable planet, where all creatures great and small co-exist.

Making a significant breakthrough in the battle to save the endangered species, a new finding by an Indian researcher at Melbourne’s Monash University has opened the door to conservation and regeneration.

Ear tissue samples were collected from a snow leopard at New South Wales’ Mogo Zoo and then manipulated to behave like embryonic stem cells. These cells can now help scientists understand the developmental biology of the creature.

While this technique has been previously effective with mice and white rhinos, this is the first time it is being employed for the cat family.

Verma’s findings are the culmination of a two-year research project at Monash Institute of Medical Research (MIMR). The Indian PhD student, who was supervised by Dr Paul Verma, worked in conjunction with Associate Professor Peter Temple-Smith of Monash University’s Department of Obstetrics and Gynaecology, as well as Professor Michael Holland of the University of Queensland.

The path-breaking results were recently published in Theriogenology, an internationally acclaimed journal for animal reproductive biologists.

“Otherwise known as induced pluripotent stem cells (iPSC), the technique can create any cell in the body, including reproductive cells or gametes,” an upbeat Verma told Indian Link.

His breakthrough is particularly significant due to the difficulty of obtaining gametes, even from animals in captivity. Previously, the only way to harvest cells was to take embryonic stem cells from snow leopard embryos. For conservationists, captive breeding and in vitrio-fertilisation are currently the only options; but besides being costly and painfully invasive, they are plagued by problems such as inbreeding and low fertility.

“Once embryonic stem-like cells are created, they can be used as a donor cell to increase the efficiency of cloning or can be matured into eggs or sperm – making them essential building blocks for assisted reproductive technologies,” he further explained.

“The greatest advantage of this technology is that it is non-invasive. I know there is a lot of opposition to cloning and manipulating the environment. But if science can save some species from extinction, why not use it in a positive way,” Verma added.

According to Verma, this exciting new research on what has been dubbed as “potential test tube cubs” could also be extended to other threatened species. Verma is already working to replicate his success with other wild cats including the Bengal tiger, serval and jaguar.

The Lucknow lad’s obsession with wild cats goes a long way. “As a child growing up in India, I was always fascinated by these exotic species. I enjoyed going to the zoo and watching them, hoping to one day work with them,” he reminisced. And the fact that their numbers were rapidly dwindling, spurred him to act.

His only professional regret is the fact that his research specimens are normally sedated. “I enjoy patting them. Unfortunately, I can’t play with them like one would with cats or dogs,” he laments.

When his family migrated to Australia after his HSC, Verma opted to pursue a degree in biotechnology. In 2003, he joined Monash University working on bovine cloning. Over the years, he has diversified in all the veterinary reproductive techniques, including IVF, stem cells and cloning.

“To me, science is about always taking risks and entering uncharted territories with the aim of finding answers and cutting edge technologies,” said Verma.

As a PhD student, Verma therefore was keen to start research on the wildcat project even before the funding came through. “For me, this project was an opportunity to do something for the wild cats, but something for India as well, because tigers are such an integral part of Indian ethos,” he stated.

“Fortunately, with the support of Professor Bryan Williams, Director of Monash Institute of Medical Research, I received an institute scholarship to conduct this exciting work and things fell into place,” he continued.

Prompted by his recent breakthrough, Verma is already in talks with Indian conservation experts and forestry department officials, and hopes to one day establish a research center for the conservation of India’s national animal.

“My research holds great potential for the Bengal tiger, to save the species from declining in numbers. Hopefully some fruitful collaboration could work out soon,” he added.

“By generating stem cells we’ve taken the first step in creating reproductive cells from adult tissues of an endangered animal. In the future, we aim to harness the potential of the iPS cells and create offspring. This would help save species from extinction,” he concluded.

However, as the double edged sword of funding and ethics hangs over the issue, Verma admitted that the dream of breeding endangered species in labs using artificial embryonic stem cells could still years away.