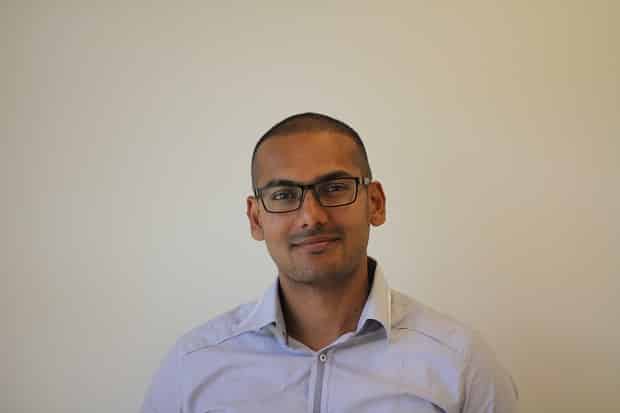 It’s the typical office problem: you need to schedule a meeting between your team, yourself and several external stakeholders. You know when your colleagues are free, you’ve just checked your shared calendar on Outlook. But it takes 20 emails or a dozen phone calls to try and find a bit of common free time with others, and soon enough, you’ve spent hours trying to organise just one short meeting! A new app, Foogi, aims to free up time for more important things by making scheduling meetings a cinch, and the idea was the result of a very long bus trip.
Foogi takes advantage of the smartphone age, allowing for the sharing of all types of calendars, including Outlook, Google and iCal, across all mobile operating systems, such as BlackBerry, Android, iOS and Windows Mobile. But its main strength is that it only shows others free spaces in your calendar, so they can’t see who else you’ll be have meetings with. Although Foogi has not been formally launched yet, 60 users have already downloaded the free app from Google’s Play Store, with an iOS launch imminent. Foogi founder and CEO, Amit Jaiswal, wants to use this early period in the app’s cycle to learn exactly what users want and make the product as good as it can be.
“Once we’ve figured out exactly what is the easiest way for Foogi to work for users, we’ll start marketing it,” he says. “By next month it should be available on all platforms, and that’s when we’ll have a proper launch”.
As recently as this year, Amit was working as a business analyst, a job involving regular meetings with clients and other stakeholders. Having been in the corporate/profit environment from a young age, Amit was more than familiar with the pain of trying to schedule meetings. Although most organisations allow for calendars to be shared between colleagues, for confidentiality reasons, sharing your calendar externally is usually not permitted, you obviously don’t want anyone else to see the meetings you have lined up for that week. “Outside the company, it was a nightmare,” says Amit. “If you try to meet with five people, you call the first person up and then call the second person, and then you might have to go back to the first person again. You put in 4-5 hours’ work for just an hour’s meeting”.

It was in this backdrop of mundane to-ing and fro-ing that Amit went travelling for six months in South America, and had an epiphany. “The only way to get around was by bus, so there were 15-hour bus trips. On such long trips, your brain comes up with new ideas. I realised that the (scheduling) problem was solvable now because of mobile technology. I realised that there’s an easy way to do this!” Everyone’s syncing their calendars onto their phone, and if I create an app, it will have an easy way to get access to any calendar. I basically built the tool to solve my own problem,” he reveals.
Although he has a background in computer engineering, having built several Windows and web applications in the past, Foogi is Amit’s first attempt at a mobile app. He’s enjoyed the experience so much that he’s given up his regular job as a business analyst, and he refuses to look back. “I have no regrets at all,” he says. “But it’s not easy. Part of the reason why I gave up my job was that while I was working in corporate, you have parts of the job that are really fun, but parts that are very boring, like organising meetings and so on. And even more than that, it’s the Gen Y dilemma where we feel like we can do more with our lives, and we’re all kind of dissatisfied with our jobs, even though we are really well paid and we should be grateful”.
Amit’s theory behind the job dissatisfaction that he says is typical of Gen Y, is two-fold, that jobs offer no opportunities to grow, and that Gen Y have nothing to fight for. “In all the jobs I’ve had you don’t really grow, you don’t really learn, you take the skills you have and you just do it. It kind of felt like stagnation, it felt like death,” he says. Meanwhile, in generations before us, says Amit, events such as war and Indian independence gave our ancestors something to strive towards.
“They had a sense of accomplishment and achievement,” he avers. “Even our parents’ generation, they came from nothing and they worked really hard to give us this awesome lifestyle. They came to Australia, leaving their families behind, and sacrificed a lot to give us everything”.
Amit continues, “But for us, we graduated and straight away we started earning as much as our parents. We lack that feeling of accomplishment and achievement, because it came so easily. If we’ve got none of those obstacles (that previous generations faced), we should be achieving a lot of things but why aren’t we?”
There are a number of perks that come with starting your own company. To Amit, the most rewarding aspects of starting Foogi have been the constant learning curve, the intimate start-up community that has supported him throughout the whole process, and the opportunity to build his own team. Groups such as Alive Mobile have provided advice and mentoring to Amit, as well as introductions to industry leaders and potential clients. In light of receiving no form of support from the Australian government (“it’s all talk,” says Amit), he recognises that the close-knit start-up community was crucial to getting Foogi on the road.
Meanwhile, Amit’s Foogi team has now grown to eight members, including three partners and four interns. “Unfortunately I’m not paying any of them. But the people are like-minded and they didn’t really like the profit lifestyle. It’s great, but there’s also a sense of responsibility, I need to start making money with Foogi as soon as possible so that I can pay these great people,” he says.
“It was really exciting being offered a position with Foogi,” says Shikha Jaipuriar, a 20-year old PR and Media Intern at Foogi. “It’s a really unique opportunity, especially being able to take charge and handle projects on my own which I’d never get to do in any other work setting. I think it’s definitely taught me a lot more about the business and shown me how to be more hands-on”.
Foogi is just one of a few ideas in Amit’s pipeline. Along with a connection at Alive Mobile, he’s also working on a disaster recovery app that will help those affected by events like the 2004 Boxing Day Tsunami locate their loved ones in the immediate aftermath of the disaster. Amit’s entrepreneurship is certainly an inspiration to others seeking a more exciting and innovative existence.