Finding God near you 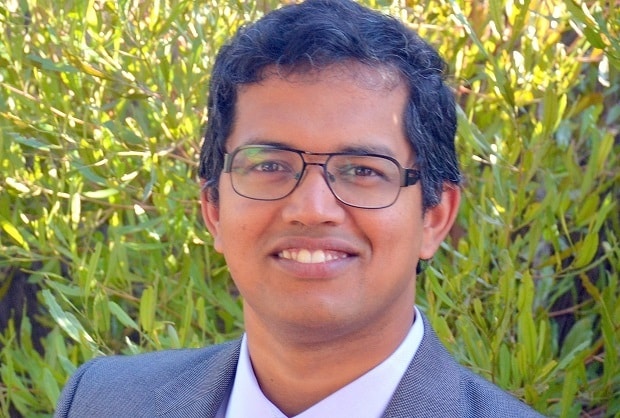 For the devout Hindu, god is everywhere and in every being. He is omniscient, omnipotent and omnipresent. Most of us, nevertheless, also find strength and solace in a peaceful darshan at temples. Today, no matter which corner of the world the globetrotting Hindu finds him or herself in, there is bound to be a Hindu temple, offering the right spiritual direction.

Through the innumerable resources of the World Wide Web and the innovation of Indian Australia Hari Iyer, finding god is now easier than ever.

Leveraging on the very latest in mobile technology, Iyer has come up with a novel web and mobile phone application to service the needs of the Hindu community.

The temples app is a comprehensive directory and is particularly handy for getting directions, opening hours, contact details and services offered. The information can also be saved offline to their device.

The highly interactive app is particularly unique in its Wiki-style customer interface that allows users to network, collaborate, leave feedback and provide useful advice for other temple-goers. Users can also update information and include photos.

“Every other religion except Hinduism has apps and directories as well as lots of information online about their places of worship. While so many Hindus have carved a niche for themselves in information technology, we don’t have many resources online,” Iyer told Indian Link.

The idea for the app arose when Hari and his wife Samridha turned up at a local Sydney temple, only to find it closed.

“I subsequently tried to find their opening hours and realised there was not much information available,” Hari said.

“Their website was down as well and even when it was restored it lacked adequate content in a mobile friendly website. This is the case for most temple websites”.

It was the frustration of not having access to basic information that inspired Hari to create his app, with the intention of making temple visits easier for everyone.

“I decided to create a directory whose main purpose is instant access to basic logistical information. Wherever they are in the world, the tech-savvy devotee can use the app to locate a Hindu temple near them,” explained Hari.

As a typical “Tam-bram” (Tamil Brahmin) the Mumbai-born Iyer was a frequent visitor of local temples. His marriage to Samridha also strengthened his spiritual foundations as she not only brought a firm religious grounding back into his life but also actively encouraged him to create the directory.

The industrial engineer, whose expertise is sales and consulting, invested all his spare time into this unique project. A year in the making, it initially began as an Australian temples directory and blog, expanding steadily to include many more countries.

“It did take a lot of co-ordination, bringing together work from different locations with data analysts in Noida, app developer in Europe and graphic designers in Kolkata. I had a lot of support from family, since a lot of my personal time and money has gone into bringing it to current stage,” Hari explained.

Each of the temples had to be individually mapped on Google maps as well as data sourced and cleaned, to ensure accuracy for users. The App itself had been in development for over four months and was extensively tested to ensure compatibility with all iOS devices and screen sizes.

“In spite of the best of our efforts, this sort of information is dynamic,” he added.

“Opening hours change, temples often start small and then move on to bigger, permanent locations, phone numbers change and contact details also vary. So I’d call upon users to report any changes that they notice so it can be updated to benefit the whole community”.

Although the project itself was self-funded, in order to cover the cost of sustaining it on App Store, the app has been priced at $2.49 and has already received many five star reviews.

Consumer feedback has also been overwhelmingly positive. Peak Hindu organisations like VHP, Hindu Council of Australia and Overseas Friends of BJP Australia have offered their support, but Iyer hopes to expand the app’s reach even further.

“There is still work needed to spread the word especially in countries like UK, US and Canada,” he reiterated.

“Mapping temples all over the world is such a massive project that no one can possibly do it all by himself, but if everyone had to only look after 1 or 2 temples in their local area to keep them updated and correct that’s easily doable and will benefit the entire community”.

Iyer is also keen for temple managers to claim ownership of their listing and manage it themselves. The site also allows temples to upload any local events or festivals to help them get more visibility amongst devotees.

In the future, Iyer also hopes to connect with temples in India. “That will be a mammoth project and we are trying to find local organisations there that we can work with. Conservatively speaking there would be at least 10,000 large temples in India that we’d like to include in the directory,” he stated.

Spurred by the demand, he has already begun work on the Android version. To reach a wider audience, the app will be free.

“As I will soon be mapping Indian temples, I do not wish to put it behind pay wall,” Hari indicated. “I also don’t want to run ads as it will corrupt the spiritual experience. Instead I plan to hold a fundraiser through Indiegogo, where people can contribute whatever they wish towards app development cost”.

Find out more at: https://www.indiegogo.com/projects/global-hindu-temples-directory-help-create-an-awesome-free-android-app-no-ads