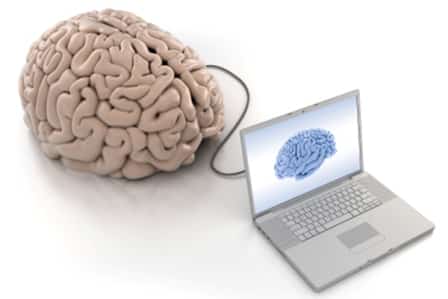 Reading Time: 4 minutesThe information highway might be a great resource, but what is it really doing to us? Writes HASNAIN ZAHEER

For several years, I have produced Everyday Infotech for Indian Link in which I talked about the best ways to use the Internet as a resource to advance your business, career, education and even entertainment. I’ve talked about search engines, social media, smart phones, digital devices and more.
It’s been a very popular topic. After all, life has become fairly Internet and mobile centric for most of us. And why not? It’s done wonders to our productivity. We are connected 24/7, we multi-task, and we get instant access to anything that can be delivered in bits.
Today, however, I’ll take a different position. I’ll tell you about how the Internet is changing the way we think, and why should we be aware of what we are losing, in order to get the many benefits we are so used to from the virtual world. It doesn’t mean that we need to halt our digital progress, we just need to be aware of the changes that are happening in our brains to make this progress.
Is everything hunky dory in the digital world? Not really, says Nicholas Carr, one of the leading thinkers on new media. He came up with a profound article on how the Internet is re-shaping the way we think.
“Over the past few years, I had an uncomfortable sense that someone has been tinkering with my brain, remapping the neural circuits, reprogramming the memory,” writes Carr. My mind is changing. I am no longer thinking the way I used to. “I can feel it most strongly when reading. Earlier I could spend hours strolling through long stretches of prose. I could follow the turns of arguments, get caught up in the narrative, dive deep into the text”.
That’s rarely the case now. The concentration drifts after two or three pages, or sometimes even less. “I start fidgeting, lose the thread,” Carr continues. “I start looking for something else to do. I feel as if I am dragging my wayward brain back to the text”. Now, let’s go deeper into this. If we can.
Marshall McLuhan, the well-known media theorist pointed out way back in the 1960s that, “Media are not just passive channels of information. They supply the stuff of thought but they also shape the process of thought”.
Print media: books, magazine and newspapers, give us the opportunity to concentrate and contemplate. But, our thinking has now begun to resemble the media we consume. “My mind now expects to take in the information the way Internet distributes it: in a fast moving stream of particles,” McLuhan adds. “Once I was a scuba diver in the sea of words. Now I zip along the surface on a jet ski”.
We are not only what we read, we are also how we read. Maryanne Wolfe, a developmental psychologist says, the “Internet has promoted a style of reading that puts efficiency and immediacy over everything else. It makes us mere decoders of information. We no longer make rich mental connections”.
The human brain is almost infinitely malleable. The connections between 100 billion neurons in our brain are not fixed. Our brain is capable of reprogramming itself all the time. Let me illustrate this with a few examples:
Way back in 1882, while talking about how his writing style changed as he switched from writing with hand to a typewriter, an author had observed: “Our writing equipment takes part in the forming of our thoughts”.
Another example of how our brain has changed to suit a specific piece of technology is the mechanical clock. In deciding when to eat, to work, to sleep, to rise, we stopped listening to our senses, and started obeying the clock.
At one time, people used to think of their brains as operating like clockwork. Today, in the age of software, they think of operating like a computer. But the Internet promises to go much further than a timepiece or a typewriter in its effects on cognition. The new media is not just eating old media, it’s making old media play by the new rules. Think of all the tickers, scrolls and pop-ups we see on TV and the short, snappy articles and capsule summaries in magazines and newspapers.
Nicholas Carr does not know if this mass re-programming of our brains is good or bad for our collective future. However, he does make a point about how our brains are being modeled to an industrial philosophy. The philosophy of the industrial revolution was about doing a task in the ‘one best method,’ and was about the ‘system over the person’. It was almost like an algorithm of doing tasks in the most efficient manner.
Carr and other thinkers are worried that many of us are trying to find the ‘one best method,’ and the ‘perfect algorithm’ to carry out mental work. In the process, we are losing the fuzziness of undistracted reading and contemplation, to algorithms and big data. So, are we wise in industrialising knowledge (mental) work at the cost of changing the way our cognition, our reading skills and our brain works? Only time will tell.
For the full article by Nicholas Carr: www.theatlantic.com/magazine/archive/2008/07/is-google-making-us-stupid