A very thin line divides passion from propaganda. Films about figures we admire, specially the living ones, tend to lose their focus and blur the lines of objectivity as the maker is emotionally too close to the subject to give us a comprehensive picture of both the glory and flaws that constitute greatness.

To expect any kind of blemish in character to emerge in this biopic would be unrealistic. However, director Umesh Shukla and his writers Mihir Bhuta and Radhika Anand have attempted to give us a comprehensive, sincere and factual view of a life remarkably rich and mottled. This adherence to the straight and narrow path tends to make the narrative somewhat sluggish and tedious. 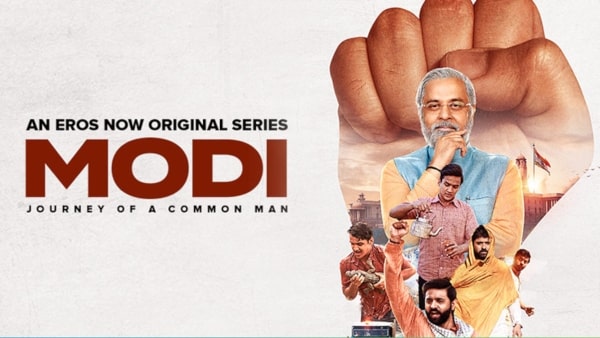 We all know about Prime Minister Narendra Modi’s humble childhood as a tea seller, his rise to political glory via the spiritual route. The series gives us an insightful look into the Modi saga, the Modi-fications, so to speak.

Shukla, a Gujarati, is obviously a Modi follower. He doesn’t allow his evident hero-worship to get the better of his narrative. Shukla digs deep into Modi’s self-philosophy. Through lengthy debates and monologues, which can be taxing for the non-believer, the series builds a convincing, if not compelling, construction depicting the phenomenal rise to power of a contemporary politician who defines a self-built legacy.

While the young actor Faisal Khan who plays the teenage Narendra Modi passes muster, Ashish Sharma who plays his young-adult version brings in plenty of credibility to his part. The supporting cast, however, is shadowy and constantly eulogistic.

Little incidents and forgotten anecdotes from the PM’s past are resurrected with warmth and sincerity. These may not interest the average web watcher who binge-watches Sacred Games. But Modi: Journey Of a Common Man has a certain sincerity in its tone of narration. Though budgetary constraints tend to bog down the series’ spiralling ambitions, the authentic Gujarati locations go a long way in ratifying Modi’s long journey to statesmanship.

Even on the level of hagiography, this web series shows admirable restraint and a genuine faith in the politics of a national leader who wants to change the face of Indian politics.