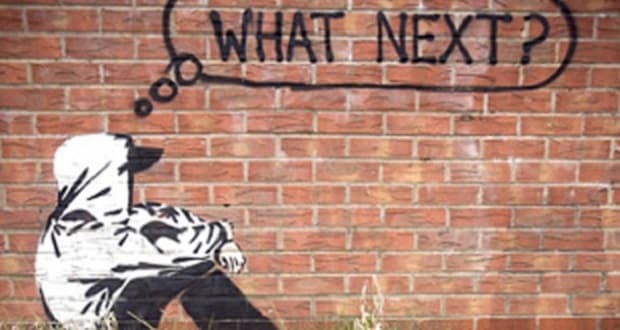 In both the United States and Australia, there is a growing feeling that tertiary education is no longer worth investing in. The reason for scepticism on the part of parents and students is partly a matter of supply and demand; there are now far too many graduates as compared to the number of available jobs – and unemployed youth are lining up at Centrelink.

In 2013, the Australian Bureau of Statistics (ABS) found that 25% of Australians aged 15 to 64 years had a bachelor’s degree or higher qualification.[1] Yet only 68% of employed people aged 20 to 64 years were working in a field of relevance to their highest qualification, indicating the existence of a mismatch between tertiary qualifications and successful employment prospects in the field of one’s choice.[2]

The problem is not restricted to generalist degrees such as that of a Bachelor of Arts. Even graduates of professional degrees like Law have in recent years struggled to obtain work in their field, with one recruiter suggesting that ‘it is the worst time in living history to be a law graduate’.[3]According to media reports, 64% of recent Australian law graduates were not practicing law between 2010 and 2011.[4]

Although according to the ABS, only 3% of graduates overall were unemployed,[5] this doesn’t mean graduates are working in a field of their choice. The situation in the US is particularly bleak, with a report from the Center for College Affordability and Productivity claiming that half of America’s recent college graduates work in jobs that do not require a college degree.[6] As an illustration of their findings, the authors report that 15% of taxi drivers had at least a bachelor’s degree in 2010, a dramatic increase since 1970 when the figure was 1%.

The youth unemployment rate (that is, for those aged 15 to 24) in Australia for October 2013 was approximately 13%.[7] In the US, the corresponding rate is nearly 20%.[8] Nevertheless, politicians appear to have no hesitation in pushing more public funding for colleges and universities, and in encouraging education for its own sake, without contemplating whether there will be a job at the end of the line. The previous Australian government under Prime Minister Julia Gillard, for instance, set an ambitious goal of having 40% of young Australians holding a bachelor’s degree by 2025. And US President Barack Obama wants the highest proportion of college graduates in the world by 2020.

There are underlying structural and government-imposed barriers that prevent young people from transitioning from study into employment. One important contributing factor is the rate of taxation in a society; the higher the rate of taxation, the higher the financial burden on businesses, and the less likely they are to expand and create jobs.[9] In Australia and the US, the rate of corporate taxation is significant enough to act as a disincentive for those companies faced with the prospect of paying it. The rate in Australia is a flat 30% while the highest nominal rate in the US is 35%.

Excessive regulation can have a similar effect as taxation, because it forces businesses to bear additional costs in order to comply with government policy; they may need to hire a lawyer or accountant just to navigate their obligations, for example. Regulations that dictate the circumstances in which employers can fire their employees are an added disincentive to hiring, because employers are reluctant to take on board employees when the law makes it difficult to fire them at a later stage without being exposed to costly claims for unfair dismissal by the employee.

Finally, the education system itself can be faulted for ill-preparing young people for the real world of work. Government agencies often set a standardized curriculum that is then implemented and taught at schools. Yet this educational program could be criticized for not sufficiently preparing students for the ‘real world’, due to the lack of corporate and industry input into the curriculum. The concern is that students are not being taught the things that will really equip them to provide services that employers want, such as how to market themselves or how to run a business.

Youth unemployment is a scourge on any society, not just for its economic effects but also for the psychological impact it has on the young and their families. It is imperative that a new approach be formulated that takes into account the barriers placed in the way of young people by government institutions and policies. Each individual case of unemployment has a distinct personal cause that can often be helped by career counselling or training, but when dealing with aggregates the only way to convincingly help large numbers of young people aged between 15 and 24, is to change the system in which they operate. It is time to make the ‘rules of the game’ more fair for those just starting out and looking for a foothold in the labour market.