Why I am not a fan of the Aam Aadmi Party 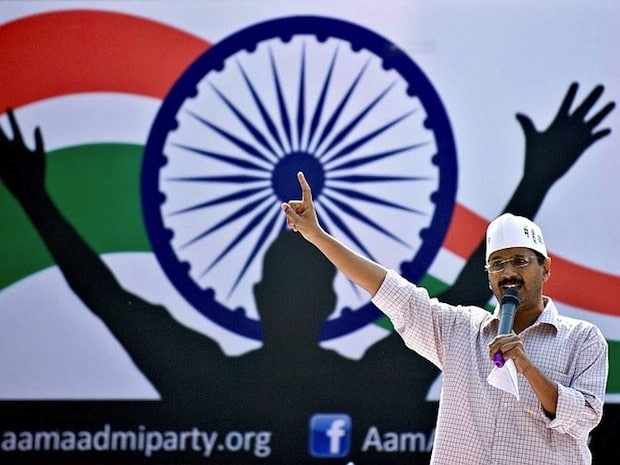 Reading Time: 3 minutesThe AAP could not become the alternative that India needs

When the assembly elections for the state of Delhi were announced last year ahead of this year’s General Elections, it was a perfect opportunity to test the citizen sentiment about the major parties Congress and BJP. In all the turmoil and positioning by Congress and BJP, emerged a nascent political party, the Aam Aadmi Party (AAP). Headed by a maverick vigilante, it recruited the “common” people around it and started a political journey to get rid of “corrupt politicians” in India. A much-needed endeavour, no doubt.

The party and its leader (Arvind Kejriwal) spoke the language of a common man, quite literally. They moved around without a battalion of security personnel and were accessible. People took notice of this freshness and to everyone’s surprise, gave them a massive tick in the Delhi elections, ahead of the biggies Congress and BJP. They went on to form government in Delhi, albeit under some duress of expectations. And all of a sudden there seemed like an alternative in the making for India. A political party in its infancy was entrusted to run the capital of India for 5 years. The public saw a spark in this bunch of righteous activists who came together to offer Indian citizens a governance model free of corruption and absolute power.

AK and AAP lasted 49 days. The 49 days featured protests by the leader as well as his party, mud-slinging, lavish media statements and sloganeering, and political grandstanding. They struggled to let go of their vigilante past, it seemed, even while in government. And for me, they just plainly over did the whole “common man” thing. When you are the government of the day, you will face protocol and procedure, and the challenge is to stay within such norms and bring about a change. But they failed, and failed miserably in that 49 day stint.

Perhaps AK and AAP did not feel that way. Buoyed by the success in New Delhi, both set their sights on national parliament. They expected to severely dent the political prospects of the BJP and the Congress. Yet there was a sense of arrogance in the way they campaigned. The sole agenda and the slogan for the campaign was a “corruption free” India. No real focus on any other facets and pillars of governance. No real policy headlines for internal and foreign relations. No financial and economic modelling. Just a singular approach to inhibit the success of “corrupt” politicians.

And that was the extent of this entire “new” front, a half-baked political alternative riddled with internal political opportunism. An alternative that in my view demonstrated no structure or vision to leap frog India into the utopia they professed and promised.

Ever since their dismal performance in the national elections, the AAP has started to self-implode, further demonstrating its internal instability and chaos.

AK sits in a cell at Tihar jail as I write these lines. But he and his party equate his jail stint to the sacrifice made by Gandhi. For me, it is this vigilante streak in him which speaks volumes about his personal integrity to have a corruption-free nation. However, it adds little merit to governing credentials. The recent resignation of the party’s prime spokeswoman, sighting an autocratic governance style in AAP’s top leadership, does not further its cause either.

Hence I say, I am not an Arvind Kejriwal fan. I have never been one, not since he has emerged on the Indian political scene. Neither do I harbour any empathy for his Aam Aadmi Party. I do not consider it an adequate and credible alternative to the Congress or the BJP. I simply do not agree with the views, actions and modus operandi of AK or AAP.

I do agree, though, with the sentiment that both Congress and BJP in their times of governance over the last sixty-odd years have failed to deliver the level of social, financial and political stature that India needs and deserves. They leave a lot to be desired to be trusted for a step change in India. But obviously the AAP is not the antidote here. AK and AAP have been a flash in the pan. Sensationalism, rhetoric, opportunistic grandstanding and manipulating citizen goodwill are not the answer that India needs.

I am passionately seeking an adequate political alternative for India. A genuine, competent, capable third political front that will one day hopefully turn around the fortunes of this great nation.